Getting Personal:Airman races into rap as Daytona 5 Bill 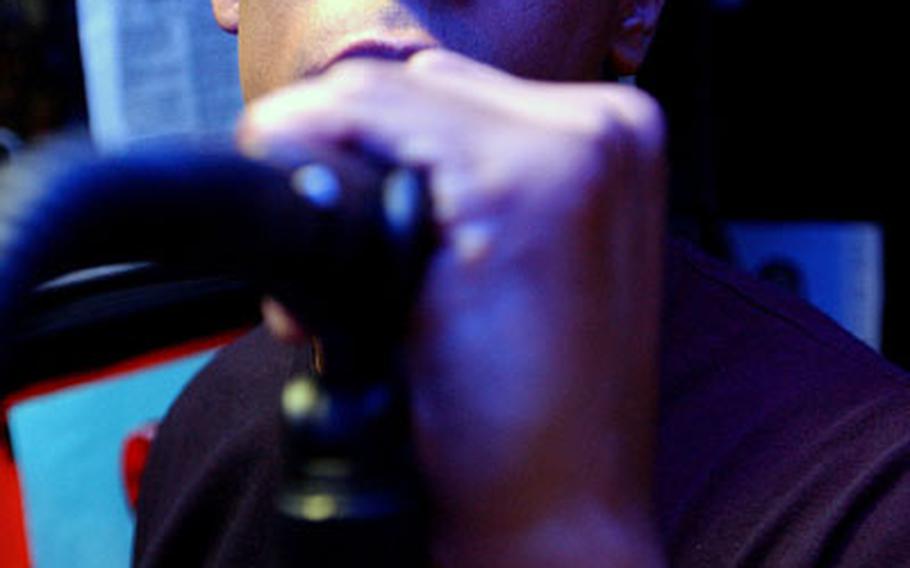 For his day job, Staff Sgt. Garland Wyatt works as an avionics technician for the 95th Reconnaissance Squadron at RAF Mildenhall. After work, he becomes a rapper, known as Daytona 5 Bill, who sometimes performs at local venues.

The 24-year-old from Chicago admits that being in the military can get in the way of his performances, but it also helps fund his music career. He is scheduled to perform at London&#8217;s Motion Bar at 8 p.m. Sunday, as part of an ongoing Poetry-n-Motion event.

What got you into rapping? I saw my brother doing it when I was 10, so I decided to follow in his footsteps.

Where have you performed? For my first performance, I opened for The Clipse in 2002 and a year after that I opened for Chingy when I was stationed at Tinker Air Force Base in Oklahoma City.

Is there a musical artist who inspires you? I have a lot. Pharrell, Lupe Fiasco, Kanye West.

What kind of rapper do you consider yourself? I&#8217;m definitely not a gangsta rapper. I would consider myself to be more of a hip-hop artist, and to be more on the artist aspect of it because I try to do things that are dynamic.

So, your songs aren&#8217;t about drinking 40s and doing drive-by shootings? No, I actually talk about issues that everybody would relate to, like stress, family issues or problems in everyday life.

What makes a successful hip-hop artist? I think the person has to be a really good songwriter. They have to have the knowledge about songwriting, because at the end of the day, it should sound good to you. You can say a lot of stuff that has a lot of meaning behind it and have all the greatest intentions in the world, but if you don&#8217;t know how to artfully put it into a form and it&#8217;s not pleasing to the ear, I think you could lose your audience immediately.

Do you have to have a certain amount of street cred to make it big in this business? On the commercialism side, it always helps to have a good buzz. Not necessarily street cred, because we&#8217;ve seen time and time again people make it in the industry without that thug street credibility.

Are you expecting big things from the album, maybe platinum sales? I don&#8217;t think it&#8217;ll be that big. [Laughing]. But I definitely expect people to give some sort of feedback to it.

Where can people find your mix tapes and upcoming album? They can go to my Web site at www.myspace.com//daytona5bill.