Getting Personal: Airman can be heard all over base — just not understood 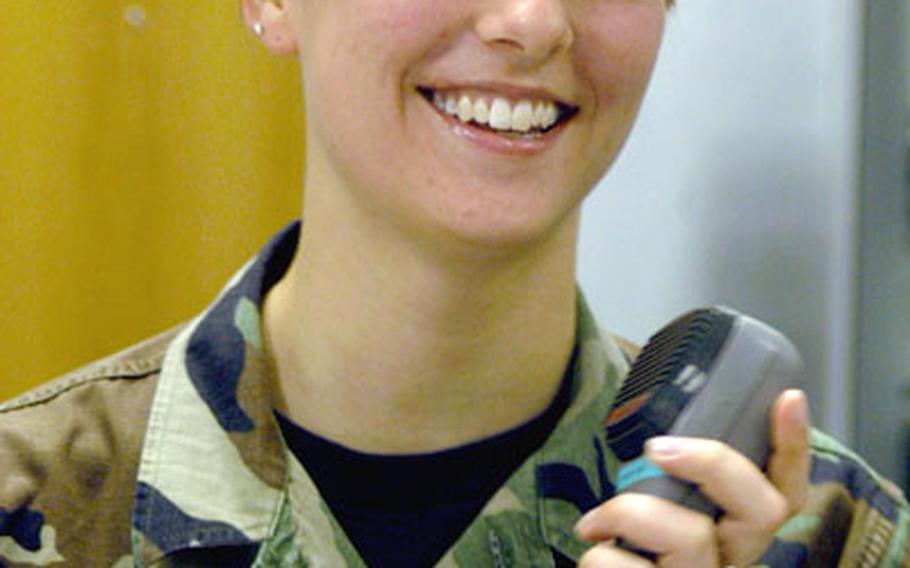 When making an announcement over the public address system at RAF Mildenhall, Airman 1st Class Krystal Williams sounds a little like God calling out bingo numbers. A booming, reverberating presence &#8212; but less decipherable than Ozzy shouting through a bullhorn &#8212; the 20-year-old member of the 100th Air Refueling Wing&#8217;s command post is the woman behind the system simply referred to as &#8220;the giant voice.&#8221;

Honestly, are you saying anything in English over that thing?

We actually hear that a lot. They have gone through a lot of procedures to update the giant voice. They&#8217;ve tried to tweak it the best they can, and it&#8217;s actually come a long way from what it used to be. &#8230; You have to speak very slow, like, one word every five seconds.

Does that make you feel slightly foolish when you&#8217;re in there?

Yeah, it does, because you&#8217;re standing there saying two sentences that it takes 15 minutes to say.

Yeah, I guess it is. We have heard it described like that.

Have you heard your own voice recorded over loudspeakers?

What did you think hearing your own voice? What did it sound like to you?

It does sound godly. It does sound different because I&#8217;m sure a lot of people haven&#8217;t heard their own voices being projected over the whole base like that. It&#8217;s fun, I enjoy it.

Do you get nervous?

I do, I get really nervous sometimes.

How about this: Do you do any warmups?

Ahh, not really. We just talk into it.

Have you ever heard of Michael Buffer?