Get a feel for East, West and the sea in Greenwich 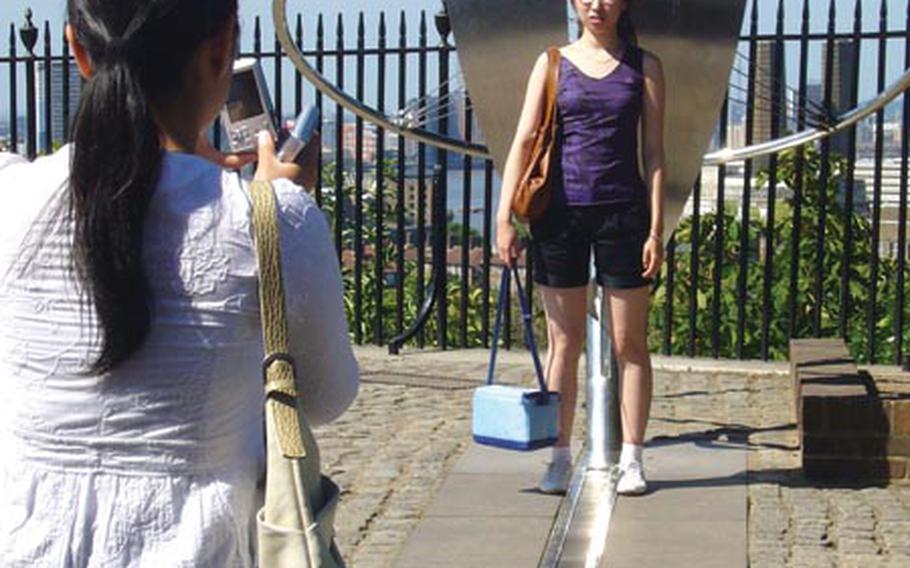 A visitor to the Royal Observatory has her photo taken as she straddles a metal line representing the prime meridian, with one foot in the Eastern Hemisphere and the other in the Western Hemisphere. (Sean Kimmons / S&S)

A visitor to the Royal Observatory has her photo taken as she straddles a metal line representing the prime meridian, with one foot in the Eastern Hemisphere and the other in the Western Hemisphere. (Sean Kimmons / S&S) 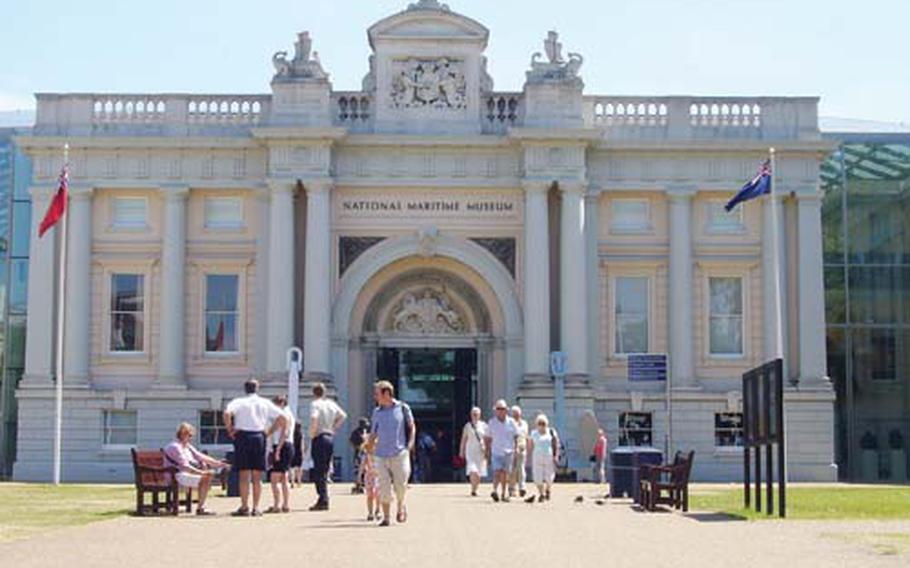 The National Maritime Museum is the largest of its kind in the world. Inside, the museum enlightens visitors to the planet&#39;s oceans with interactive displays and maritime relics. The museum can be found in Greenwich Park, also home to the Royal Observatory and the Queen&#39;s House, a 17th-century mansion that displays fine art. (Sean Kimmons / S&S)

LONDON &#8212; Have you ever had one leg in the Eastern Hemisphere and the other in the Western?

You may have done so unknowingly since the prime meridian passes through England. But to make sure you&#8217;ve done it and to document this personal wonder with a photo, head to Greenwich on the outskirts of London.

A stone&#8217;s throw away from the River Thames on top of a hill sits the Royal Observatory, one of the tourist hot spots in the spacious Greenwich Park.

The highlight of this historic building is not its spectacular view of the capital city, collection of antique timepieces or 28-inch refracting telescope &#8212; one of the world&#8217;s largest. Many visitors come to see a straight metal line, which represents longitude 0 degrees.

On a recent weekday, people waited for their chance to straddle the line.

The prime meridian was established in 1884 to satisfy a global need for an international time standard. Nations began to use Greenwich Mean Time as the starting point for their time zones.

Next to the observatory are the Weller Astronomy Galleries, some of which are interactive for visitors to easily unravel the mysteries of space. They also may leave you wondering if any life forms exist beyond our universe.

Down the hill, large green lawns divide the observatory from the park&#8217;s other sites &#8212; the National Maritime Museum and the Queen&#8217;s House, a 17th-century mansion that exhibits fine art.

The three-floor museum, which claims to be the largest of its kind in the world, is perhaps the more popular of the two.

Inside, the museum points out to people that we do live in a water world, of sorts. But forget the chain-smoking outlaws and the rest of the phony story behind the Kevin Costner flick.

Deeper into the museum, exhibits show how the human race realized the importance of transportation by water. Ships allowed explorers to discover faraway lands and promoted international trade.

Oceans weren&#8217;t always used for good, though. Spanish conquistadors used the Atlantic Ocean to transport stolen gold and silver back from the Americas. Many Africans were enslaved and shipped over the ocean to the United States. And the list goes on.

Battles also were waged in the open seas, including one of Britain&#8217;s most famous victories at the Battle of Trafalgar, off the coast of Spain. Lord Horatio Nelson commanded a British fleet that defeated Napoleon&#8217;s French and Spanish navies in 1805.

Nelson was killed in the battle by a gunshot wound to the left shoulder. His bloodied uniform is on display in the museum&#8217;s exhibit on him, which also has an interesting presentation on the battle.

The museum is full of hands-on displays, maritime relics and numerous models of ships that illustrate how water expanses shaped the world into what it is today.

When finished marveling over the oceans, chill out on the grassy lawns aforementioned and relax under another wonder &#8212; the sun.