Germany yet to vote on traffic penalties 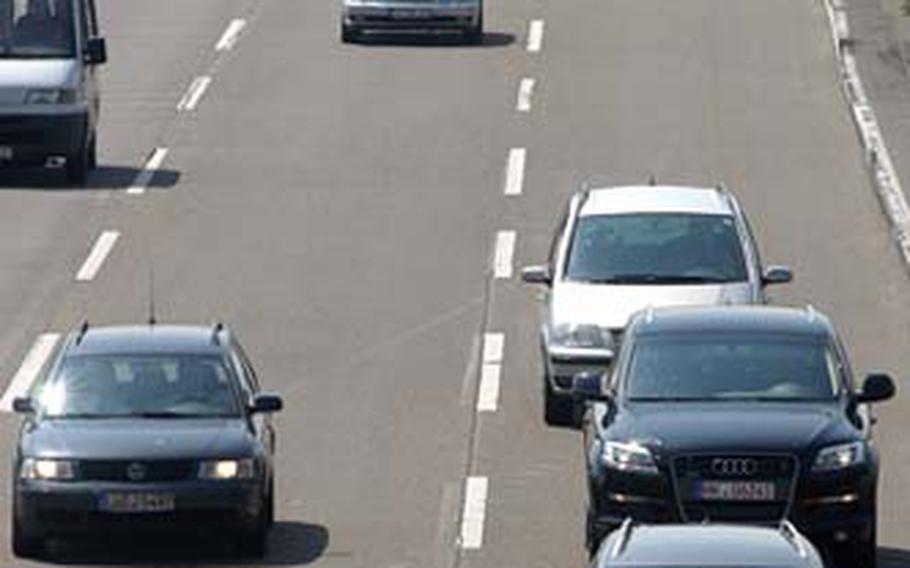 German officials will vote later this month on increasing the maximum fine motorists can be charged for breaking traffic laws. (Michael Abrams / S&S)

Despite some reports of German traffic fines going up in early 2009, the increase is not yet official, authorities said.

A plan to charge motorists more for violating traffic laws is just that &#8212; a plan still under consideration.

"There is no legal foundation for the new fines that are likely to come out in 2009 yet," said Christiane Lautenschl&#228;ger, a spokeswoman for the German police in Kaiserslautern.

German government officials will vote later this month on increasing the maximum that motorists can be charged for breaking traffic laws. The German parliament passed the measure on Nov. 13; Germany&#8217;s federal council is scheduled to vote on the issue Dec. 13. If the council passes the law, the increased traffic fines will take effect Feb. 1.

"We are confident that the law will also pass in the federal council," said Sven Ulbrich, spokesman for the German Federal Ministry of Transport in Berlin.

The traffic violation fines are set for a hefty increase. Going 21 to 25 kilometers an hour over the limit will cost drivers 70 euros, instead of the current 50-euro fine.

Those with lead feet will certainly want to slow down as the proposed fine for driving 41 to 50 kph over the limit is 240 euros, with a one-month driving ban, according to the German automobile club ADAC.

Speeders aren&#8217;t the only ones targeted in the proposed increases. Drivers who hang out in the left lane on autobahns when the right lane is open will be smacked with an 80-euro fine, as opposed to the current fine of 40 euros.