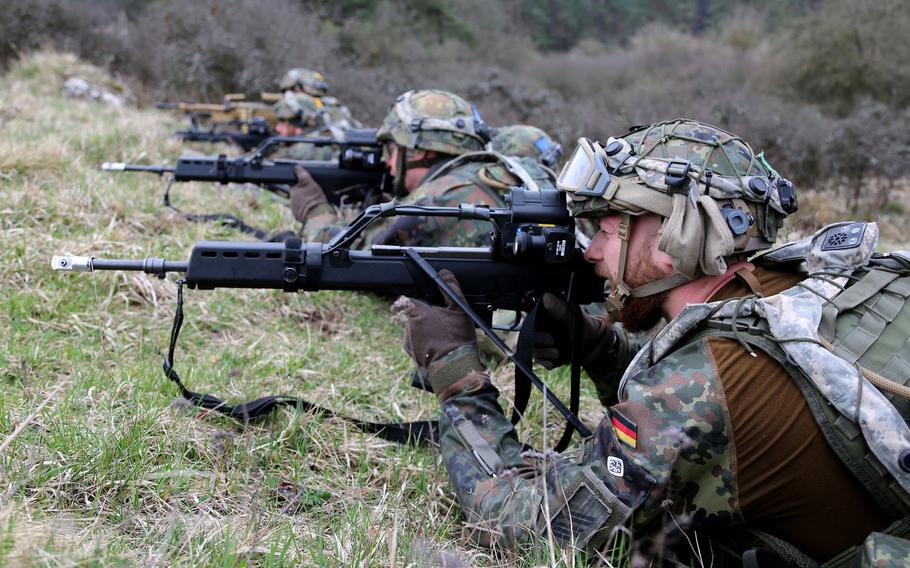 STUTTGART, Germany — Germany will hit NATO defense spending targets by 2031, seven years after the goal set by the alliance for members to spend at least 2% of economic output on their militaries, Defense Minister Annegret Kramp-Karrenbauer said Thursday.

The pledge was the firmest yet by Berlin that it will satisfy an agreement on NATO security burden sharing, which Germany has been under intense pressure from the Trump administration to do.

President Donald Trump has often criticized Germany for its defense spending — or lack of it — but Kramp-Karrenbauer stressed that outside pressure had nothing to do with the pledge to hit the 2% spending target.

Germany will spend more “not because others demand it but because it’s in our own security interest,” Kramp-Karrenbauer said Thursday on Twitter.

Germany’s defense expenditures are currently at about 1.3% and will reach 1.5% by 2024, the year all members are supposed to be spending 2% on defense, Kramp-Karrenbauer said.

But given political discord in Berlin over the need to increase defense spending, Kramp-Karrenbauer could face obstacles in her push for higher military expenditures.

Kramp-Karrenbauer made her comments just ahead of the 30th anniversary of the fall of the Berlin Wall, which is being marked in events around Germany.

U.S. Secretary of State Mike Pompeo will commemorate the historic occasion in Berlin on Friday as part of a two-day trip to Germany. Pompeo will also hold talks with officials, including Chancellor Angela Merkel and Kramp-Karrenbauer, while in the German capital.

Defense spending is likely to be on the agenda during those talks and again later this month when Pompeo heads to Brussels for a meeting of NATO foreign ministers.