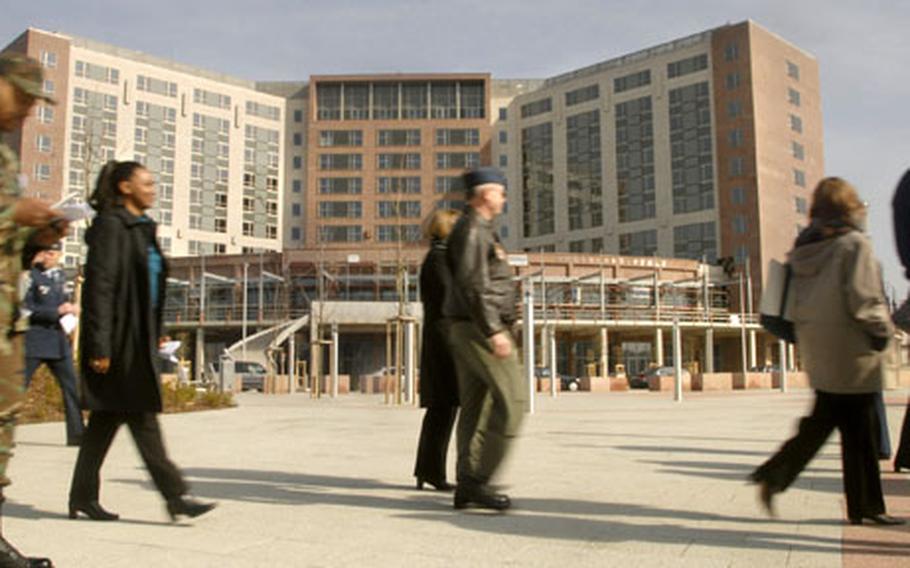 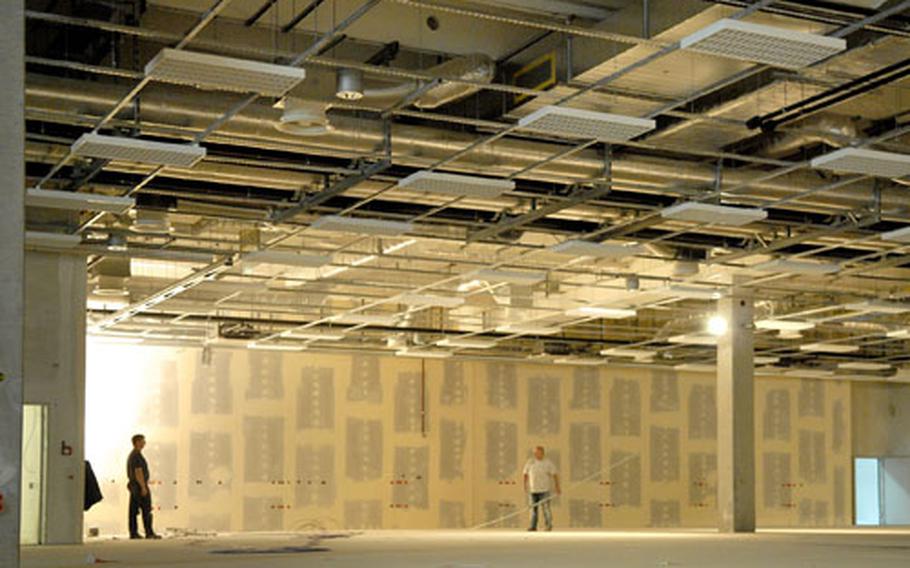 RAMSTEIN AIR BASE, Germany &#8212; Work on the beleaguered Kaiserslautern Military Community Center is expected to resume in the next few weeks pending a loan from the German government to the project&#8217;s top contractor.

Although the main contractor said the hotel/mall portion of the project is nearly done, the head of the U.S. House Committee on Oversight and Government Reform on Wednesday said it&#8217;s &#8220;falling apart&#8221; and urged continued investigations of the Air Force&#8217;s management of the project.

&#8220;The Oversight Committee held a hearing in June to examine what went wrong with the K-Town Mall project, yet five months later the project continues to be over budget, behind schedule, and falling apart because of shoddy work and irresponsible management,&#8221; read a statement issued by Waxman&#8217;s office on Wednesday.

Plagued by design and management problems, the sprawling 844,000-square-foot complex near Ramstein&#8217;s west gate broke ground in December 2004 and was slated to open last year.

While still unable to determine exactly when the $170 million facility will be finished, German and U.S. officials said a multimillion euro loan from the Federal Republic of Germany to the construction management firm Landesbetrieb Liegenschafts und Baubetreuung, or LBB, will expedite its completion.

&#8220;Given the cost and size of the project, as well as its importance to thousands of U.S. military and civilian personnel serving overseas, the committee asks that you continue this investigation and be prepared to report to the committee on the status of the project early next year,&#8221; the letter stated.

Although Air Force spokeswoman Lt. Col. Angela Billings said workers have always been at the site, construction has come to a near standstill over the past few months as funding for the project has stalled and design flaws in the complex have had to be corrected.

Ramp, the LBB spokesman, would not discuss the exact amount of the loan from the German government but said the money is on its way. Officials with the Finance Ministry of Rhineland-Palatinate, which oversees LBB and would award the loan, would not comment on the situation.

Air Force officials confirmed the loan but said the United States would not be involved in the transaction. &#8220;It is German money,&#8221; Billings said. But if LBB provides the proper documentation regarding the work funded by the interim financing, the Air Force would essentially pay back the additional debt incurred by LBB to revive the project, she said.

As part of the construction contract, LBB must submit invoices to the Air Force for payment, according to a June 2007 report from the Air Force Audit Agency. The Air Force already has spent $120 million of the $170 million budgeted for the project, Billings said.

At the urging of the state of Rhineland-Palatinate, LBB has sub-contracted with multiple companies since the project&#8217;s inception. German state officials requested that smaller state contractors be given a piece of the pie, as opposed to one main contractor and one main construction company, which is common in German construction projects. Breaking the project into so many subcontracts has contributed to many of the delays, Ramp said.

Despite rumors, the mall will not be torn down and rebuilt because of a leaky roof.