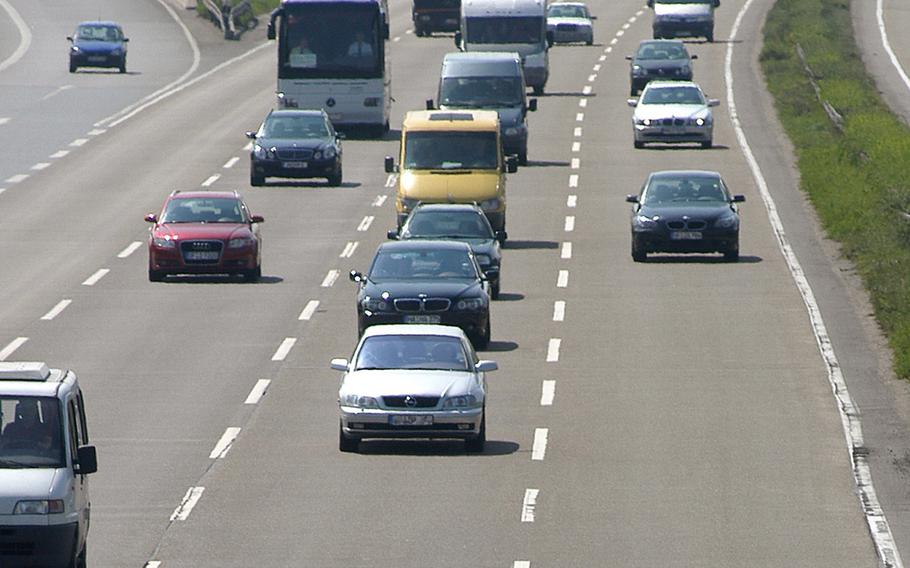 Buy Photo
The German government has rejected a request to introduce speed limit on its autobahns, highways famous around the world for having no general speed limitations. (Michael Abrams/Stars and Stripes)

The German government has rejected a request to introduce speed caps on its autobahns — highways famous around the world for having no general speed limitations.

Recently, the National Platform on the Future of Mobility, a panel of transportation experts, proposed a federally mandated speed limit of 130 kilometers per hour (81 mph) for the autobahn network.

That sparked a debate within the government, with some ministers backing the proposal.

However, Transportation Minister Andreas Scheuer said the speed limit would be “against all common sense.”

“German motorways are the safest roads in the world,” Scheuer told the newspaper “Bild am Sonntag,” adding that the system of recommended limits has proven to be effective.

Speed limits apply on only 30 percent of Germany’s autobahn network, which consists of more than 8,000 miles of motorways, according to Statista.com, a website that tracks statistical data.

Despite its reputation as a limitless superhighway, in reality, rows of slow-moving trucks, traffic jams and frequent construction sites mean that higher speeds usually can be achieved only on relatively short stretches of freeway.

In a recent survey by the German public broadcaster ARD, 51 percent of respondents were in favor of the 130 kph limit and 47 percent were against it.

The speed-limit proposal was motivated by safety concerns and a desire to bring German speed limits in line with those in neighboring countries, and was part of an initiative to lower carbon emissions.