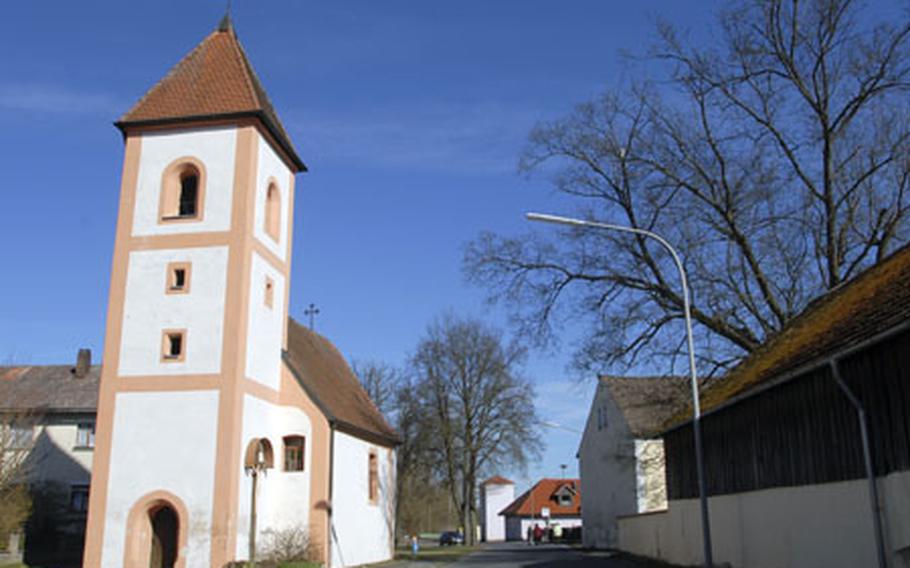 A 300-unit off-post housing area for soldiers and their families will be built at Hütten, a small farming village near the Grafenwohr Training Area. (Seth Robson / S&S)

GRAFENW&#214;HR, Germany &#8212; German officials have given the go-ahead for a 300-unit, build-to-lease off-post housing area for U.S. soldiers here.

Officials estimate about 1,600 off-post homes must be built to accommodate thousands of soldiers and family members due to arrive here over the next few years.

The houses will be constructed under a build-to-lease program that will see the Army lease back the completed homes. The total cost of leasing all 1,600 homes to be built around Grafenw&#246;hr will be $20 million annually, officials have said.

Houses already are under construction at Netzaberg, an 830-unit build-to-lease housing area being built by the Danish firm Nordica, north of the main post.

The existing town of H&#252;tten includes a bakery, guest house and a small Spar store. It is surrounded by Bavarian pine forest and grassy fields with a lake and an industrial park nearby.

Officials have selected a private investor who work with the city in the H&#252;tten on the Lake venture, W&#228;chter said.

He said it is too early to identify the investor. W&#228;chter added that the housing project involves building new streets and utilities on bare farmland.