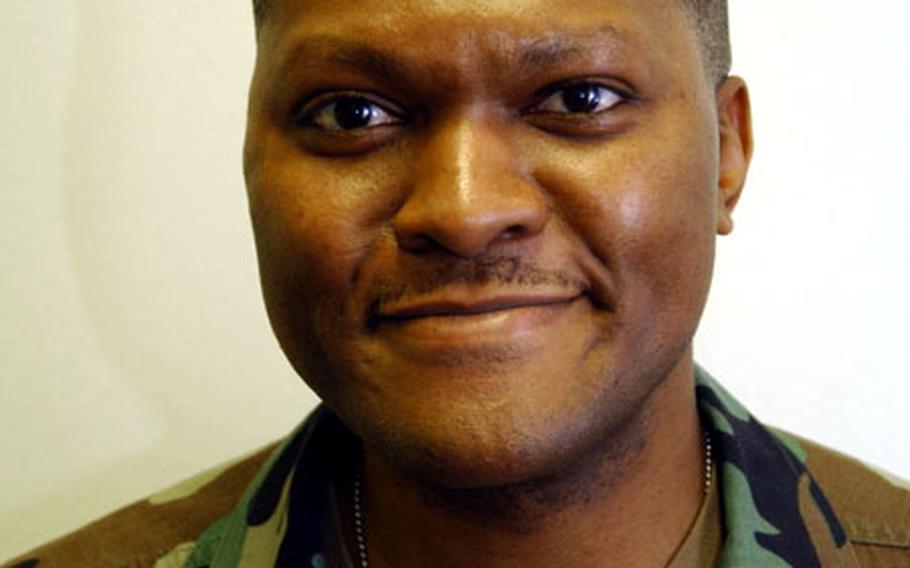 KAISERSLAUTERN, Germany &#8212; Life at the top is anything but lonely for Maj. Jessie L. Tucker III, who was recently showered with two Armywide accolades on the same day.

The Kleber Casern health clinic commander was awarded with the Army &#8220;A&#8221; Proficiency designator, then a few hours later, learned he had also been selected as a regent for the American College of Health Care Executives.

The &#8220;A&#8221; Proficiency designator is awarded to medical service officers who are recognized as the best in their fields.

Of the eight awardees this year, Tucker was the only major to receive the honor. Candidates must be board certified for 10 years, making Tucker somewhat of a rarity.

In addition to an undergraduate degree, Tucker has two master&#8217;s degrees and a doctorate under his belt. He received his board certification in health care administration from the American College of Health Care Executives, a professional society of roughly 30,000 health-care administrators, like Tucker, who run hospitals, clinics and other health care organizations.

About 300 of those members selected Tucker to represent the Army in the college&#8217;s eastern region. As regent, he will attend two conferences this year to share and discuss issues affecting Army health care with other military and civilian regents.

Discussing how to deal with both nonprofit and for-profit health care issues, such as the shortage of nurses, is just one of the topics presented at the spring and fall meetings, Tucker said.

&#8220;For us, one of the biggest concerns is controlling our costs and increasing efficiency and effectiveness,&#8221; Tucker said. &#8220;We all sit on this board basically to represent the interest of the folks in our area.&#8221;

Representing the interests of non-profit health care is something Tucker hopes to continue after he retires from his whirlwind career in the Army.

But for now, his sights are more short-term &#8212; to make lieutenant colonel and later command a military hospital.