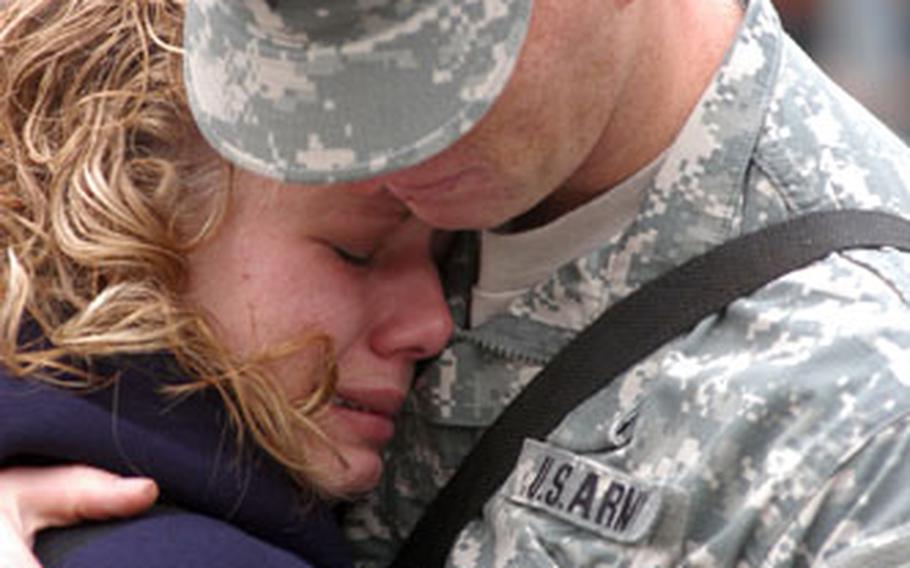 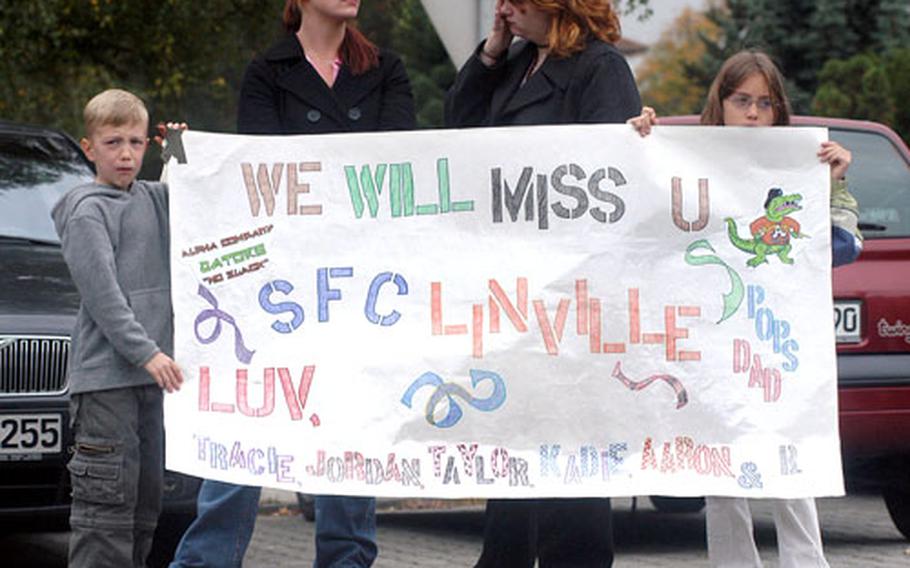 Aaron, Tracie, Jordan and Kadie Linville say goodbye to Sgt. 1st Class Stephen Linville in Darmstadt, Germany, on Wednesday. By the end of the week more than 1,000 soldiers from the 22nd Signal Brigade will have left for duty. (Michael Abrams / S&S) 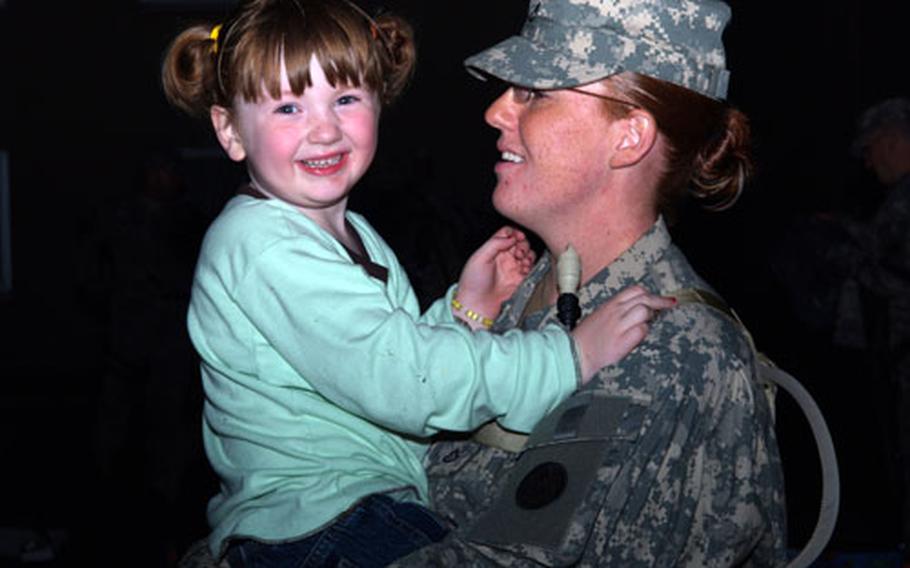 Busloads of soldiers bid their families goodbye at Cambrai-Fritsch Casern in Darmstadt, Germany, on Wednesday, as they departed for a one-year deployment in Iraq.

Darmstadt-based 22nd Signal Brigade Headquarters and the 440th Signal Battalion were among some 400 soldiers to leave Wednesday. Troops from the installation began deploying earlier this week and are expected to continue in upcoming weeks.

Elsewhere in Germany, hundreds of soldiers from the 3rd Corps Support Command also made their way to Iraq. On Tuesday about 400 soldiers from the Wiesbaden-based unit left Wiesbaden Army Airfield for an undisclosed location in Iraq, officials said.

Departing 3rd COSCOM units &#8212; all of whom are slated for a one-year deployment &#8212; included Headquarters and Headquarters Company, the 19th Support Center, the Special Troops Battalion and part of the 16th Corps Support Group. More troops are expected to follow this month.

Jerry Bryza Jr., a 3rd COSCOM spokesman, said the mood of the unit, which had deployed before in 2003, was hopeful at the deployment ceremony.