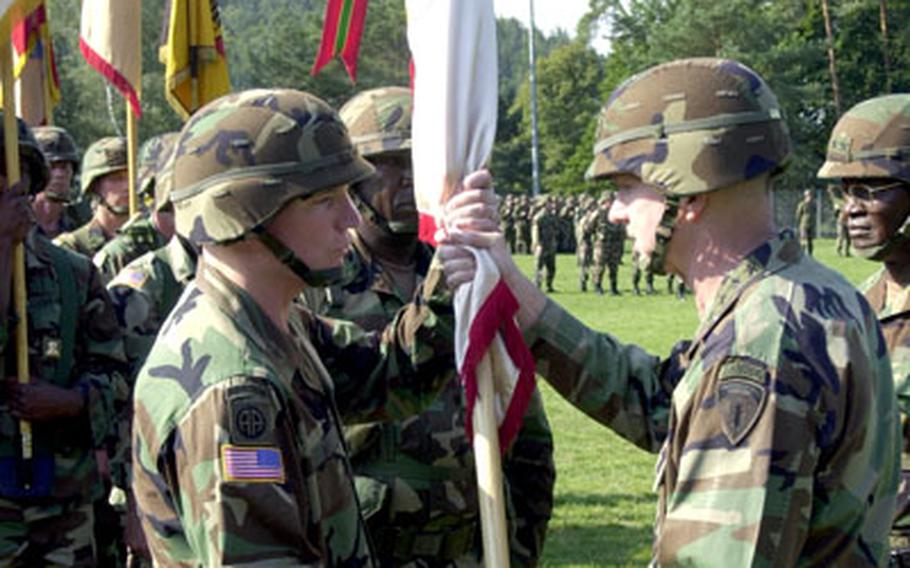 West assumes command of the Army&#8217;s premier logistics provider in Europe &#8212; a position staffed since June 2003 by Williams.

West most recently served as commander of the U.S. Army Quartermaster Center and School and deputy commander of Fort Lee, Va.

&#8220;To the men and women of the U.S. Army Europe and our joint war fighters, I will endeavor to continue to lead this organization to provide the kind of service and support that you so richly deserve and that you&#8217;ve grown accustomed to under General Williams,&#8221; West said.

After five years with the 21st TSC, Williams now will serve as director of logistics operations at the Defense Logistics Agency at Fort Belvoir, Va. Prior to his stint as 21st TSC commander, Williams was deputy commander of the 21st TSC from August 2000 to June 2003.

&#8220;As I stated when I first took this command, I feel good,&#8221; Williams said. &#8220;And as I reflect back on the numerous successes this command has achieved over the past five years and the great things that these super soldiers and civilians will continue to do, it gives me more reasons to feel good about having had the opportunity to command this fantastic outfit.&#8221;

Gen. B.B. Bell, commander of U.S. Army Europe, praised Williams for his years of service with the 21st TSC. Williams has a passion for soldiers, their families and the business of soldiering, Bell said.

&#8220;Under Bennie&#8217;s leadership, the 21st has also developed a visionary plan for joint and combined logistics support that will meet the needs of a 21st-century outfit, a transformed Army here in Europe and, of course, the forces it supports across the European command,&#8221; Bell said.