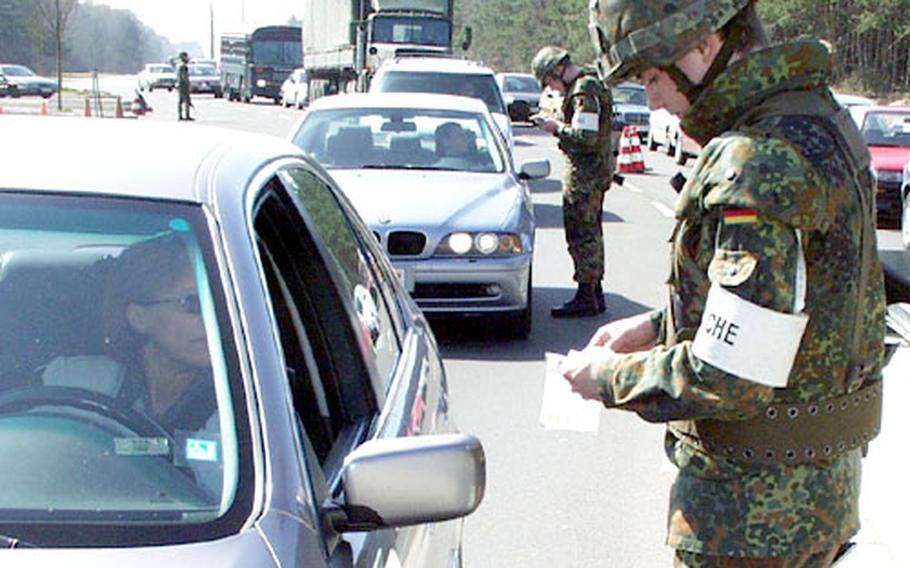 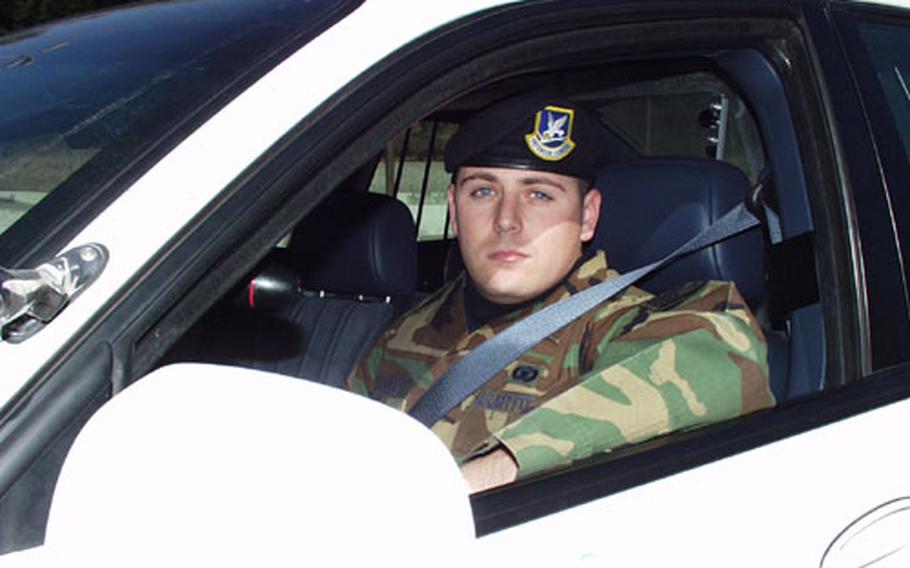 They had been working 12- to 14-hour shifts since the terrorist attack on Sept. 11, 2001, forced an increase in security at military bases around the world. The arrival of the Germans meant the Air Force cops might be able to do more training and more patrolling, as well as prepare for deployments.

Thanks to the war in Iraq, however, the honeymoon is already over, said Maj. David Koontz, deputy commander of the 86th Security Forces Group. Nearly 20 percent of the 550-member group is now deployed in support of Operation Iraqi Freedom and other missions. In addition, the &#8220;ready&#8221; forces &#8212; members of other Ramstein squadrons who were called to bolster security forces before &#8212; are now busy working double-time on the flight line.

&#8220;Back home, we&#8217;re still here and obviously responsible for additional requirements because we have a smaller group to do everything with,&#8221; Koontz said.

That&#8217;s not to say that the German troops aren&#8217;t critical at Ramstein, Spangdahlem Air Base and several other small USAFE bases in Germany. Without their help, the augmentees now working on the flight line would still have to man gates and do perimeter security.

And the security forces would be hard-pressed to send any more personnel to support the war.

About 700 German military personnel are working at 15 U.S. military installations in the region. That includes 275 German air force and army members working at Ramstein, Vogelweh and Sembach, Koontz said. Another 200 are working at Spangdahlem.

Koontz said he believes the arrangement is a first in U.S. Air Force history &#8212; at least at this scale.

While the U.S. Air Force is paying for some of the Germans&#8217; supplies, such as reflective vests, the German military is lending its troops to the United States virtually free of charge, USAFE commander Gen. Gregory S. Martin said in a recent interview with Stars and Stripes.

The local-national forces could be at USAFE bases for up to two years.

In the meantime, ready forces from squadrons all across the Kaiserslautern military community are now working at Ramstein&#8217;s flight line, which is seeing double the number of flights it did before the war with Iraq began.

The extra airmen, most of whom are junior enlisted from various squadrons, check ID cards, build baggage pallets and load cargo, Jennings said.

Some, however, are noncommissioned officers who have been in other jobs for years. Staff Sgt. Crystal Mallory, a pediatrics medical technician with the 86th Medical Group, has switched from seeing patients to loading pallets in recent weeks.