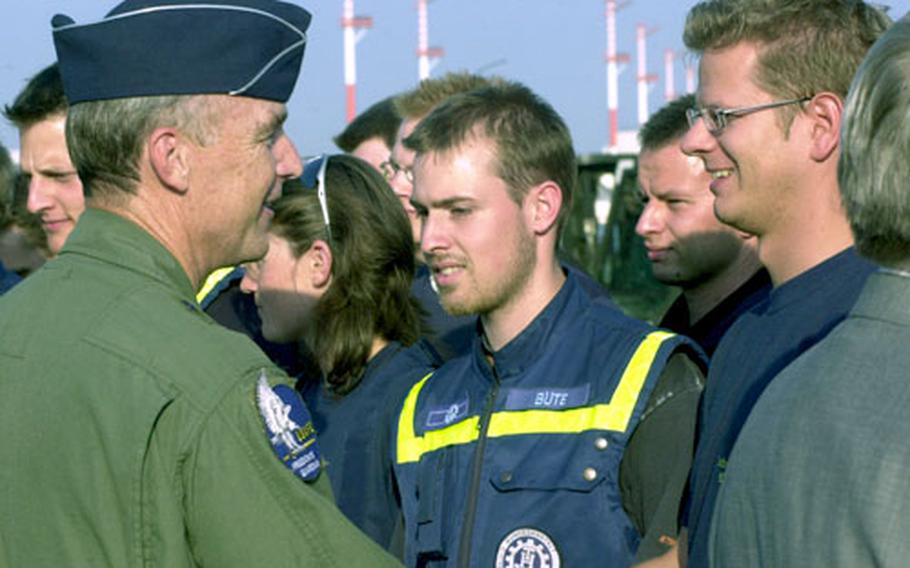 Maj. Gen. Bob Dulaney, left, director of Air and Space Operations for U.S. Air Forces in Europe headquarters, shakes hands with one of the 94 German volunteers going to New Orleans to help pump water out of the flooded city. (Scott Schonauer / S&S) 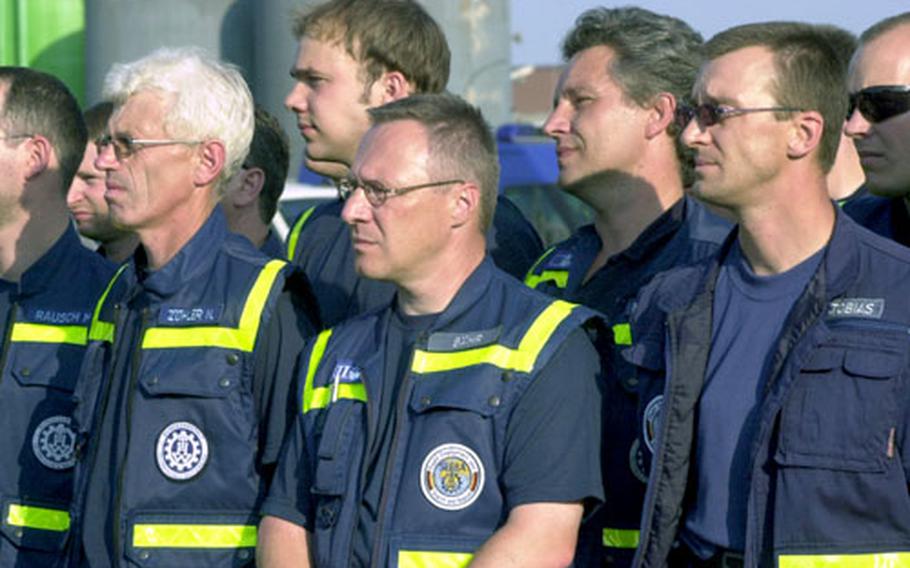 A THW worker at Ramstein Air Base helps unload pumps that will be used in New Orleans to help drain the flooded city. (Scott Schonauer / S&S) 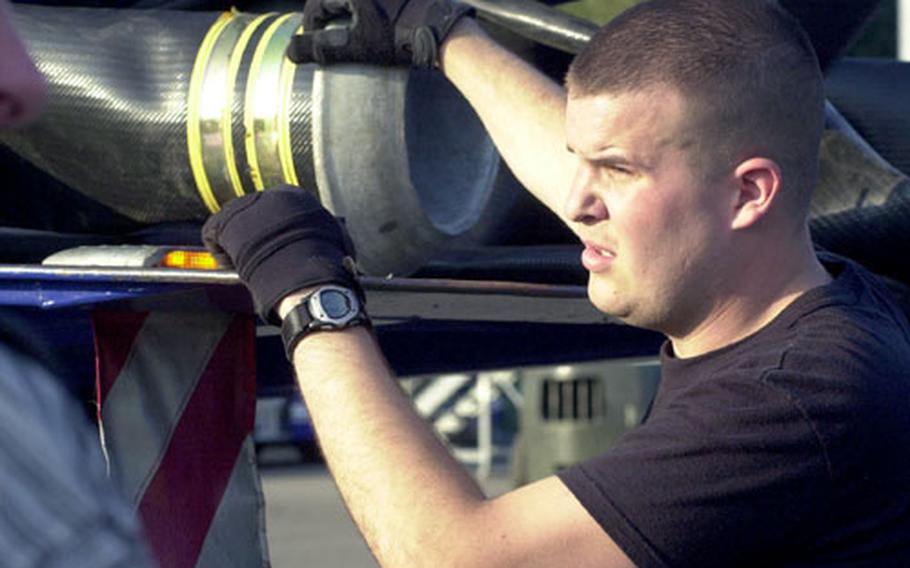 RAMSTEIN AIR BASE, Germany &#8212; U.S. Air Force planes loaded with German water pumps and flood-relief experts are on their way to New Orleans to help drain the Hurricane Katrina-flooded city.

The cargo planes left on Wednesday and Thursday from Ramstein Air Base, carrying 250 tons of equipment to aid the cleanup. They are scheduled to arrive in Louisiana on Friday.

Nearly 100 volunteers with the German government&#8217;s humanitarian assistance organization, THW, have left their full-time jobs for a month or longer to help the disaster-stricken Gulf Coast.

Klaus B&#252;chmuller, head of operations and the leader of the contingent heading to Louisiana, said volunteers are enthusiastic about going to the southern United States to use their training and expertise to help Americans. While the governments of Germany and the United States have differed on such issues as Iraq, B&#252;chmuller said his team couldn&#8217;t care less about political relations and are focused on helping Americans in a time of need.

THW, or Technisches Hilfswerk, is a federal organization established in 1950 to provide humanitarian assistance across the globe, according to the group&#8217;s Web site. Most of the organization&#8217;s members are volunteers.

Germany offered to send the experts and industrial pumps, and the U.S. government accepted the help on Sunday, according to THW.

They brought 10 days worth of food in case supplies are not available and a medical team is accompanying them.

The group will bring 15 pumps, of which 10 can pump 15,000 liters &#8211; about 4,000 gallons &#8211; per minute, said Hans-Georg Hartmann, a THW spokesman. On Wednesday, U.S. Air Force airmen at Ramstein helped load the equipment onto the cargo planes, using forklifts to transport the gear from THW trucks to the plane.

About 50 German volunteers left for New Orleans on Wednesday. The rest were scheduled to leave on Thursday, Hartmann said. Many of the volunteers have worked around the world, helping flood victims. In 2003, they helped flood victims in southern France.