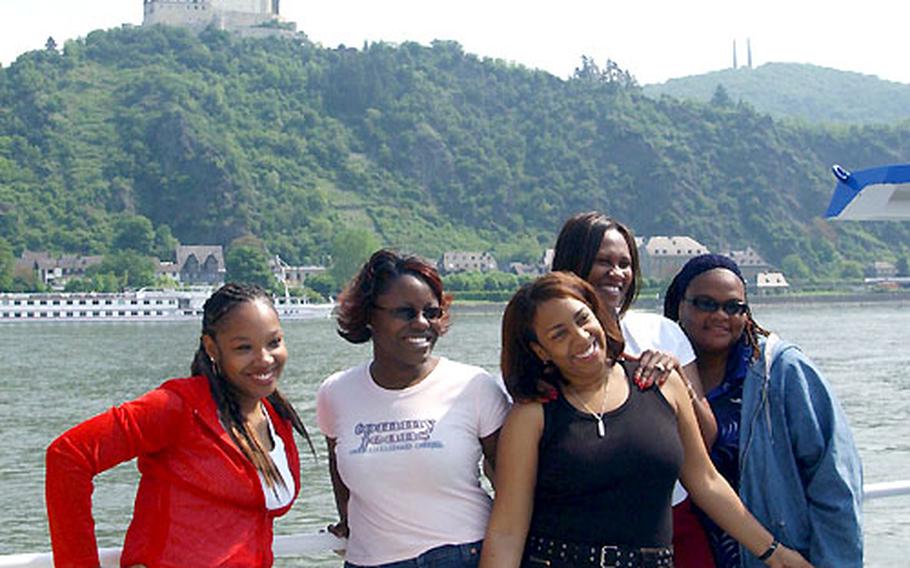 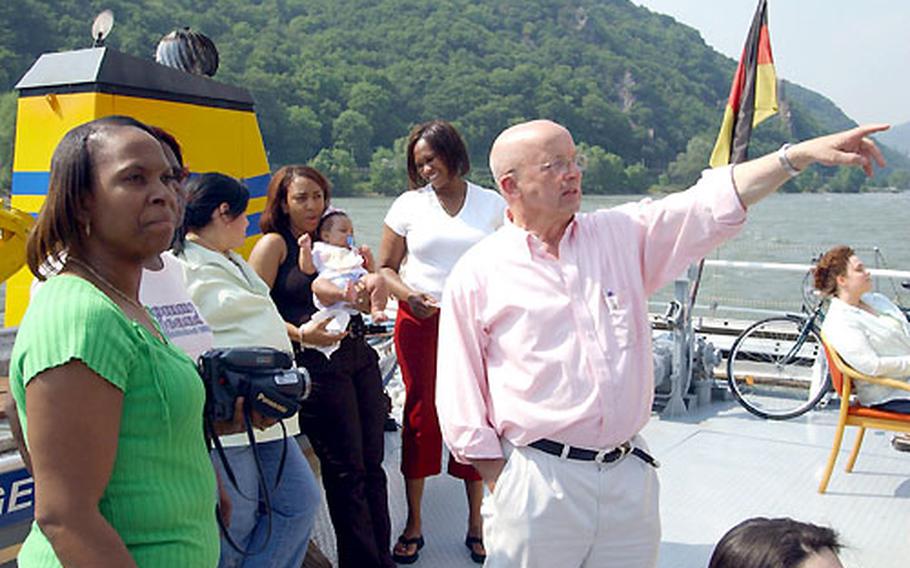 Paul Prengel, from the Rhineland-Palatinate Ministry of the Interior and Sports, explains a point of interest to Corliss Stokes and others on the Rhine cruise. (Lisa Horn / S&S) 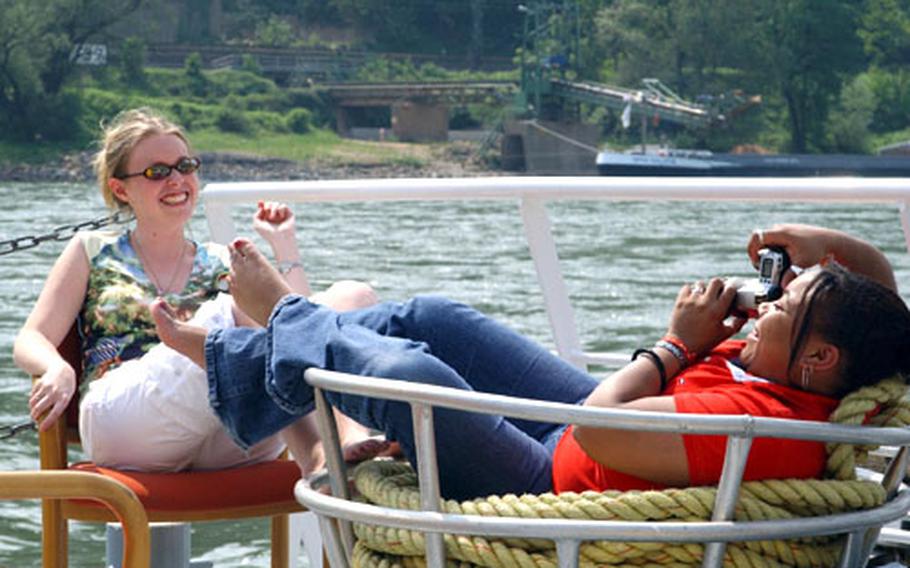 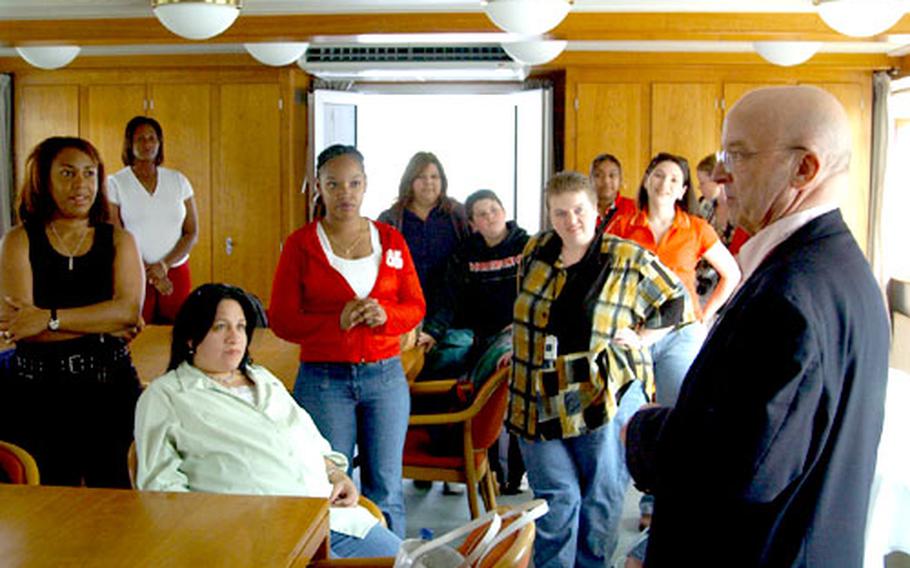 ON THE RHINE RIVER, Germany &#8212; With an American flag strategically placed at the bow, the crew of the SS Burgund took a break from its research of the Rhine River to play host to 17 Baumholder-based military spouses and children.

The free river cruise, sponsored by Rhineland-Palatinate officials, is the second trip offered in the past week to families of servicemembers stationed in the German state.

Baumholder &#8212; a 1st Armored Division community &#8212; has been affected by troop extensions and the April 29 deaths of eight of its soldiers downrange, so it was natural to extend the invitation to that community first, said Paul Prengel, director of the Rhineland-Palatinate Ministry of the Interior and Sports.

Other excursions, including more cruises, are planned for other servicemembers and their families. Those interested in attending should contact their base support battalion or Army Community Service, Prengel said.

&#8220;We know that the U.S. soldiers stationed in Rhineland-Pfalz are having a hard time right now [with] most of them being deployed. We want to show our appreciation for their service and their sacrifice,&#8221; Prengel said. &#8220;We have a number of programs [planned] ... this boat ride is just one of them.&#8221;

The SS Burgund, a state-owned vessel normally used for environmental research, has a laboratory on board. Spouses were able to get a firsthand view of the lab and discovered how the river&#8217;s water is tested and what species of fish live in the Rhine&#8217;s waters.

&#8220;I think it&#8217;s awesome that the Germans are trying to help out the Americans and show them their country,&#8221; said Michelle Duer, a Baumholder spouse, whose husband, Spc. Michael Duer, is in the 1st AD and whose tour downrange has been extended.