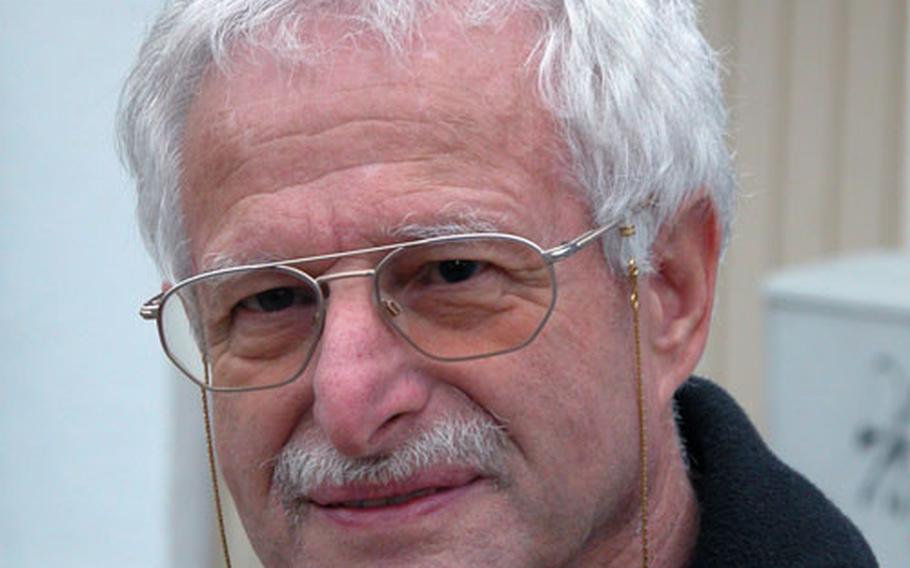 DARMSTADT, Germany &#8212; As he tells it, Darmstadt resident and German national Dieter Sch&#252;ll was strolling by the American housing area Santa Barbara Village in Darmstadt, Germany, on Christmas Day when a blaze of light and color caught his eye.

Adorned with American flags, lit-up reindeer and a bevy of lights, the home had been done up for the holidays.

With no gate or checkpoint to block his way into the complex, which abuts German homes, Sch&#252;ll continued on the sidewalk, stood in front of the festive house and snapped a few pictures on his digital camera.

Private security personnel who patrol the housing area came up to Sch&#252;ll as they saw him take pictures. After American military police and their German counterparts were called, Sch&#252;ll eventually was forced to delete the photos from his camera.

Something as innocent as a man taking photos of Christmas decorations on an American military home is enough to set off the military&#8217;s strictly enforced rules regarding photography of installations. In the name of security, U.S. Army Europe officials don&#8217;t differentiate between picture subjects.

Prior clearance has to be obtained by the local garrison, he said.

Santa Barbara Village is an anomaly of sorts when it comes to Army installations in Europe. While it is gated on some sides, pedestrians can walk in and out of the neighborhood freely. Sch&#252;ll said that, aside from some concrete blocks placed to prevent cars from entering that area, the sidewalk continued without a checkpoint or any guards.

While unable to provide numbers, U.S. Army Garrison spokeswoman Teri Viedt wrote in an e-mail Friday that such incidents have happened before.

&#8220;We require our security personnel to stop anyone who is doing anything suspicious on the installation,&#8221; she wrote. &#8220;In the case of Herr Sch&#252;ll, he refused to provide requested information, which resulted in the MP and Polizei being notified in order to assist. Again, this is normal procedure.&#8221;

Sch&#252;ll said he did not initially give his information to the private security agents because he believed it to be a matter for the German police.

After giving his name and address to the German authorities, Sch&#252;ll said he was called uncooperative by the military police when he did not repeat all the information.

Sch&#252;ll said he was concerned by the incident.

Viedt wrote that the information is for record keeping at the garrison, and is not passed on to any outside agency.