German officials: No immediate threat of attack by Iran 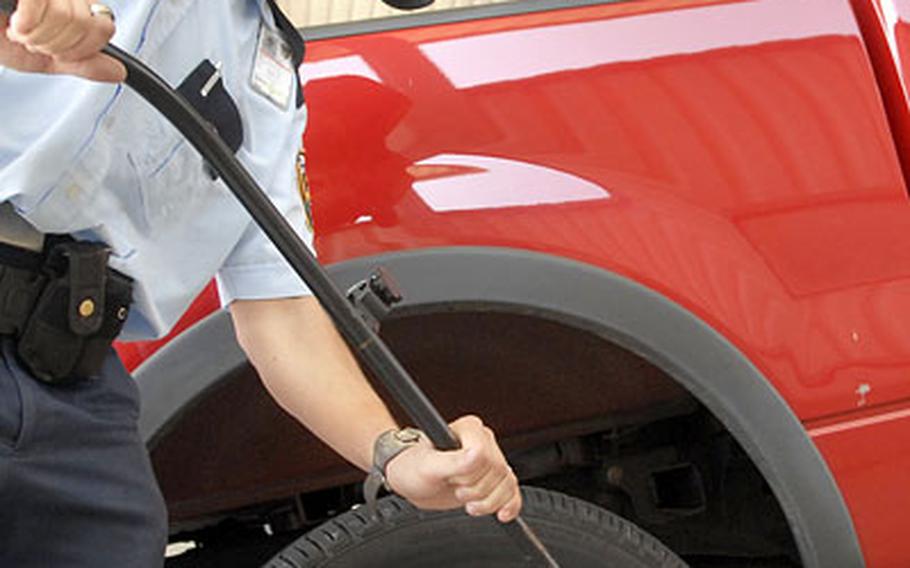 Buy Photo
Sascha Schwarz, a security guard for the Pond Security Group, uses a special mirror to inspect a vehicle at random for explosives at the entrance of Pulaski Barracks, Germany. (Ben Bloker/Stars and Stripes file photo)

STUTTGART, Germany &mdash; German investigators are downplaying media reports that prosecutors were investigating suspicions that Iran might have plans to attack U.S. military installations in Germany, saying there is no immediate danger.

A report by the German newspaper Bild said the plan was revealed in connection with an investigation of a German national suspected of spying and making contact with the Iranian embassy in Berlin.

Federal prosecutors in Germany confirmed there was an investigation into alleged spying, but they did not address the media reports of alleged plans for Iran to attack U.S. interests in Germany.

At U.S. European Command headquarters in Stuttgart officials declined to discuss specific security measures or threats, but said the command works closely with German authorities and takes all threats seriously.

&ldquo;We are confident that our combined security capabilities provide the best possible security environment for U.S. servicemembers and their families,&rdquo; said a EUCOM spokesman.