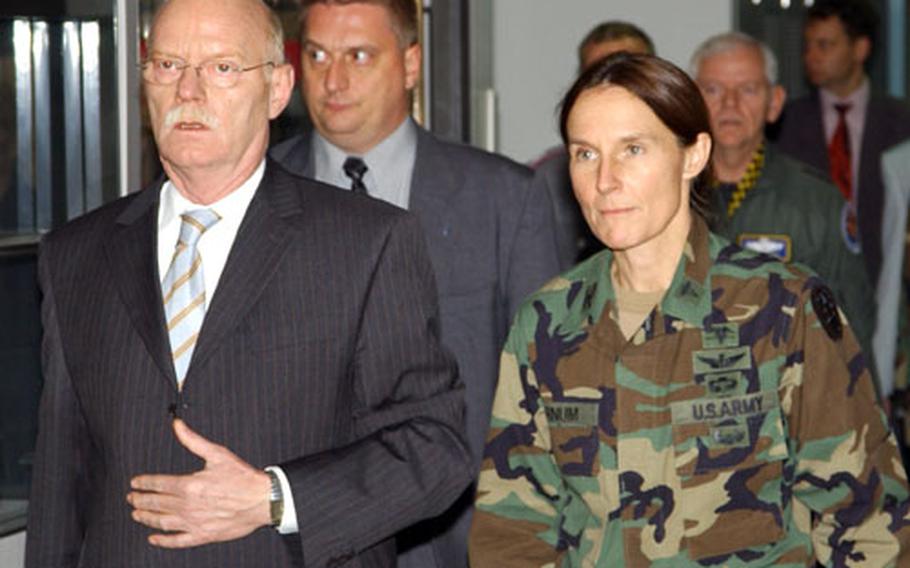 LANDSTUHL, Germany &#8212; Germany&#8217;s minister of defense stopped by Landstuhl Army Medical Center this week to thank U.S. troops for their efforts in the war on terrorism.

Peter Struck visited servicemembers in the hospital&#8217;s intensive care unit and three other wards. He spoke with 10 who were wounded in Iraq and presented them with a token medal from the German Ministry of Defense and a certificate.

As of Thursday, 7,948 servicemembers and civilians serving in Operation Iraqi Freedom have been treated at Landstuhl.

&#8220;I would like to make clear that the German government is very interested in the injured in Iraq and their well-being,&#8221; Struck said.

Pfc. Matthew Van Buren, of Baumholder&#8217;s 2nd Battalion, 6th Infantry Regiment of the 1st Armored Division, was one of the soldiers who spoke with Struck.

&#8220;When I realized his importance in the political structure here, it was like Donald Rumsfeld coming here,&#8221; said Van Buren, who received shrapnel injuries when his convoy was attacked. &#8220;It shows that there is hope for the political ties between Germany and the U.S.&#8221;