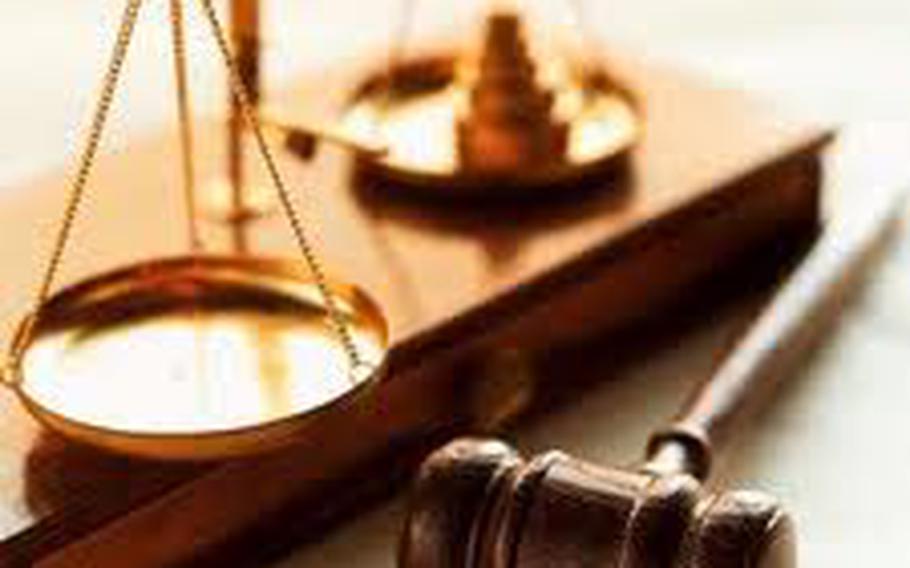 KAISERSLAUTERN, Germany — A German court sentenced a former employee of NATO’s air command headquarters at Ramstein Air Base to seven years in prison Tuesday on espionage charges after determining the IT expert stole confidential data and intended to sell the potentially damaging information to a foreign adversary.

Manfred K., whose full name has not been released, maintained he never intended to do harm with the data and only copied the information to expose security flaws at NATO, a claim the court rejected, according to a court news release.

NATO’s air command headquarters at Ramstein is the hub for all NATO air missions and a growing missile defense program.

The 61-year-old German citizen left NATO after retiring in July 2012. Previously, he had a dispute with the organization over compensation for early retirement, said Thomas Henrichs, a spokesman for the Koblenz court in western Germany. He had worked for the military alliance since 1979.

The court, a panel of three judges, was convinced the man was intent on selling the data to foreign intelligence services, the release said.

Henrichs said Wednesday no evidence was found to show the man attempted to contact any foreign intelligence services.

But the sheer volume of data Manfred K. stole — a total of 11 data files — persuaded the court that his motive was indeed to sell the data, according to the press release and German media reports of the trial, which began in July.

The man copied passwords for NATO computer systems, server locations and other information that would have enabled a potential adversary to disrupt or infiltrate NATO’s cybernetwork, the court found.

The information was the “crown jewels” and “operative heart” of the system and would have allowed a foreign power to launch a cyberattack with “devastating impact”, said presiding judge Andreas Völpel, as cited by the German news agency dpa.

Manfred K. sent the data to his private email account and then saved it on USB memory sticks, which he hid in his house in the district of Donnersbergkreis, according to information from the court.

He first copied data from NATO’s secret network in March 2012. A second attempt in June failed, after he was refused clearance for the data transfer and NATO’s security office was notified, according to the court. Manfred K. was arrested and detained in August 2012, after his house was searched.

His defense attorney said his client is considering appealing the court ruling, according to German media reports.

NATO spokesman Lt. Col. Jay Janzen said he could not comment on the Manfred K. case or the verdict.

“I can say that NATO leadership at all levels treat security matters very seriously,” he wrote in an email. “The alliance has implemented and constantly enforces rigorous policies and procedures that safeguard sensitive information and protect alliance equipment, computer networks, and personnel.”

“When policies and procedures are occasionally breached, these matters are investigated and appropriate action is taken to ensure our high standards of security are maintained.”