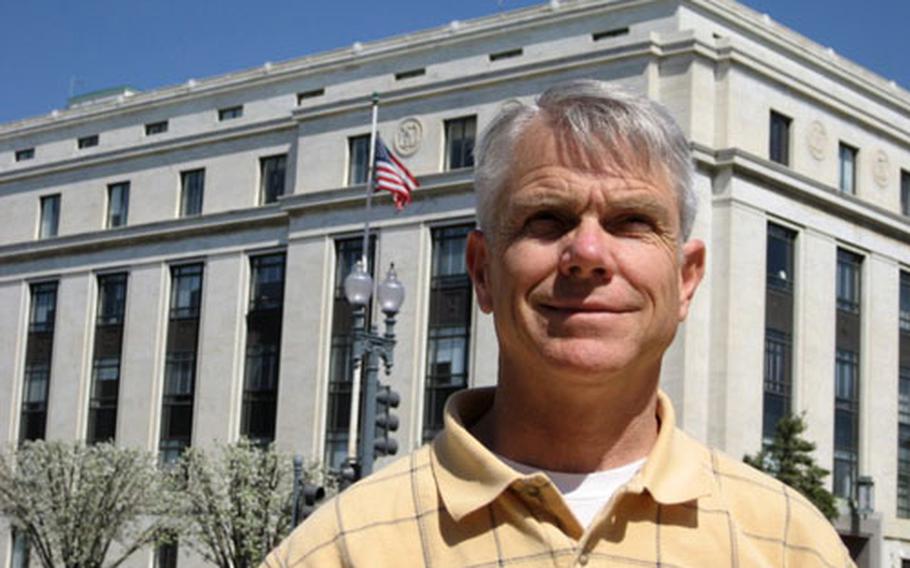 A German finance court has ruled that John Adair, who now works in Langley, Va., should be reimbursed more than 200,000 euros in German taxes. (Courtesy of John Adair)

NEUSTADT, Germany &#8212; Three Americans should be reimbursed hundreds of thousands of euros each in German income taxes they were forced to pay by the Kaiserslautern tax office, according to a ruling Wednesday by the Rhineland Palatinate finance court.

The ruling means that John Adair, Rainer Kamp and Tom Rausch &#8212; all former or current civilian contractors living in Germany while working with the U.S. military near Kaiserslautern &#8212; will get back all the money they were made to pay in German taxes, plus 6 percent annual interest.

Adair, who lived in Germany for 24 years as an Air Force officer and later as a civilian contractor, had to pay more than 200,000 euros to cover German income taxes from 1997 through July 2004. Wednesday&#8217;s ruling was terrific news, said Adair, who now works in Virginia.

The Kaiserslautern tax office could appeal Wednesday&#8217;s ruling, but Adair&#8217;s German lawyer said the ruling was correct in all three cases. At the heart of the court&#8217;s decision was determining if the men planned to return to the States at some point or if they were set upon permanently residing in Germany and simply using their status to avoid German income taxes.

It was always clear that Adair would leave Germany and return to America once his contract ended, said Detlev Albrecht, Adair&#8217;s attorney.

While in Germany, Adair was an engineer and married to an American who didn&#8217;t work on the economy. His daughter didn&#8217;t attend off-base schools, and he didn&#8217;t own any property in Germany.

Lawyers with the Kaiserslautern tax office argued Wednesday that Adair only returned to the States once during the time he lived in Germany.

Adair and Kamp worked for Science Applications International Corp. in the Kaiserslautern-area, and Rausch currently works for MITRE Corp. at Ramstein Air Base. The men believed they were exempt from paying German income taxes because they were working and living in the country as technical experts. A pact made in 1998 determined that the Status of Forces Agreement would cover only defense contractors considered to be &#8220;technical experts.&#8221; Those meeting the criteria would receive the same benefits as any Defense Department civilian employees and not have to pay German income taxes.

In 1999, the Kaiserslautern tax office notified Rausch and Kamp that they owed income taxes back to 1997 and had to pay income taxes from that year forward.

After the ruling, Rausch said it felt like a big weight had been lifted off his shoulders.

Aware that the ruling could be appealed and it could take months before the couple receives its money, Tom Rausch issued a warning.