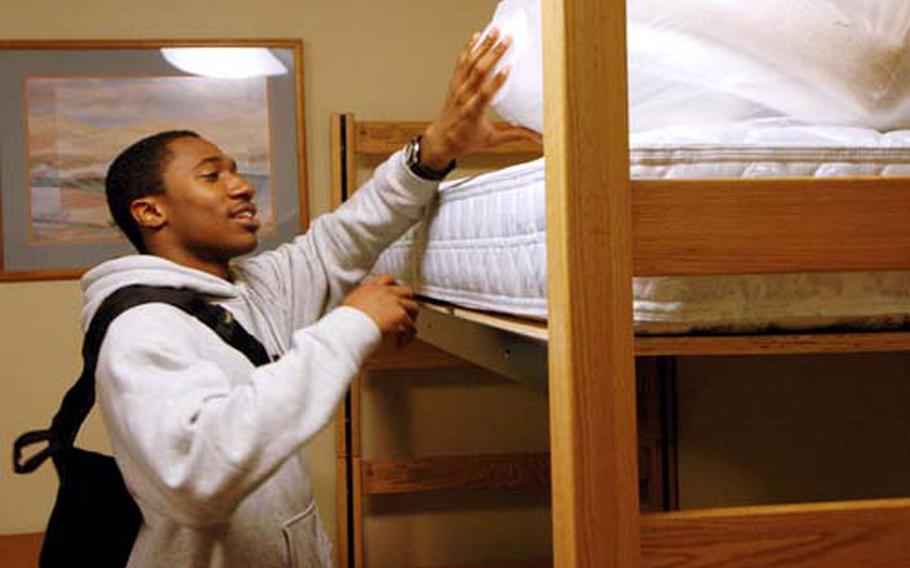 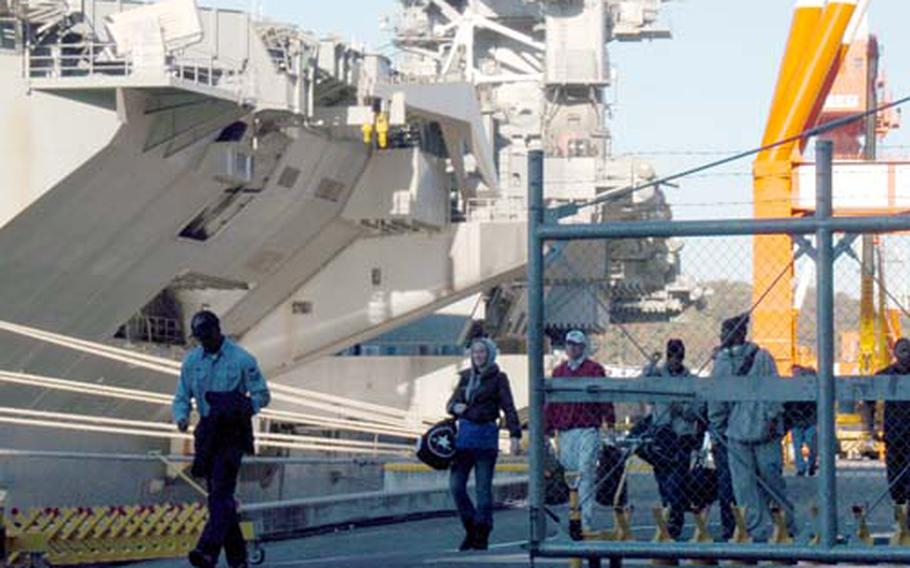 YOKOSUKA NAVAL BASE, Japan &#8212; If the USS George Washington&#8217;s September arrival in Japan was a welcome-home party, its second visit was a bona-fide homecoming.

The nuclear-powered ship pulled into Yokosuka on Friday afternoon after spending nearly two months at sea following its brief, five-day welcome to Japan in September, when it arrived to replace the USS Kitty Hawk as the carrier in residence.

Three barracks buildings on base were renovated in preparation for the George Washington&#8217;s arrival. The renovations were part of Commander Naval Forces Japan&#8217;s Homeport Ashore Initiative to make sure shipboard sailors E-4 and below have rooms available to them when they are back in port here.

"It is all about the sailors. They are truly, truly ecstatic about this," said Homeport Ashore coordinator Senior Chief Lou Gladney, as George Washington crewmembers filtered their way into their new barracks.

The barracks rooms accommodate four people. Each sailor has his or her own rack and closet space, and roommates share a kitchenette, bathroom and television.

Sailors were assigned their roommates by their command, but no one seemed to mind &#8212; considering what many expected would be a huge improvement in living conditions over what they were used to.

This time around, the George Washington sailors know they have some time on their hands before turning around and heading back out to sea.

"The first time we pulled in, it was like a rush," Petty Officer 3rd Class Bobby Rogers said. "And it was all at once. I think this time a lot of us are more comfortable and more in the flow of it. It feels a lot more like a homeport."

Baker and Holland agreed that there was no rush for them to get out and explore Japan.