Geo-bachelors to pay utilities after Oct. 1 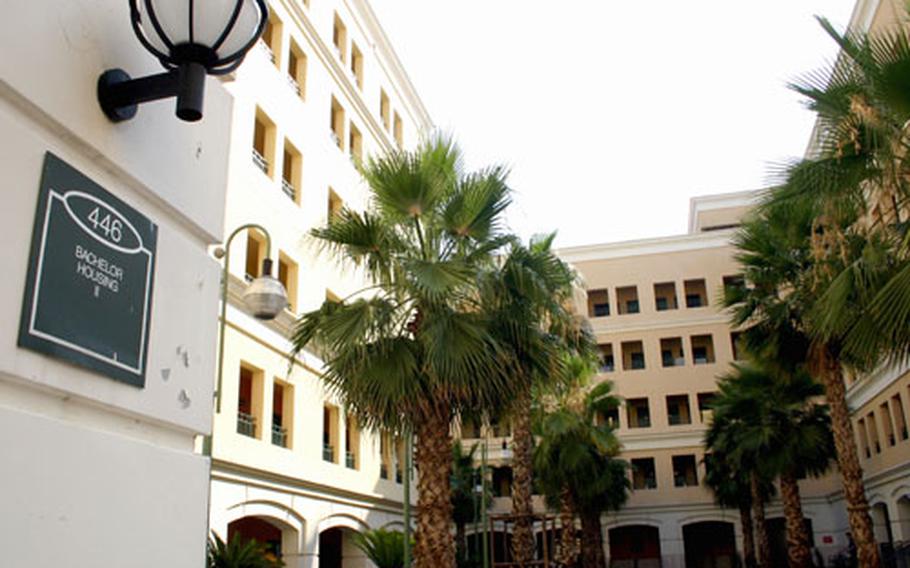 Sailors classified as “geographical bachelors” who collect a housing allowance at the family rate and live in barracks on Navy bases, such as these at the Naval Support Activity Naples, Italy, will have to start paying for their water and electricity starting Oct. 1. (Sandra Jontz / S&S)

Break out those checkbooks, geo-bachelors; you&#8217;re about to be charged for utilities.

Come Oct. 1, the start of the new fiscal year, married sailors who live in bachelor housing and collect basic allowance for housing for their families living elsewhere will have to pay for the water and electricity they consume.

Navy officials estimate 6,000 sailors worldwide can expect to fork over $1,000 to $1,200 per year to cover the newly imposed utility fee, said Annie Fowler, head of the Navy Housing Programs and Policy Division for Navy Installations Command.

&#8220;Costs will be based on a Navywide average, not on individual installation costs,&#8221; she said.

The command made the change to &#8220;mitigate the perception of a dual housing entitlement for members who are housed in bachelor housing and also receive basic allowance for housing for their families,&#8221; Fowler said in a written response to questions about the policy change.

The modification will affect the Navy&#8217;s so-called geo-bachelors &#8212; those who are married but separated geographically from spouses and families; receive the BAH entitlement at the dependents rate; could have taken their families with them to current assignments but chose not to; and live in the barracks.

Beginning Oct. 1, they &#8220;shall pay a utility fee, equivalent to the cost of utilities for their space, for residing in [bachelor housing],&#8221; reads a portion of the policy, approved Jan. 24. Sailors will have to pay that bill quarterly.

Though the change was approved six months ago, some sailors are learning of it only now.

Petty Officer 1st Class John Bowers, stationed at Yokosuka Naval Base, Japan, had not been notified through official channels, instead learning of the change from a reporter.

Imposing a flat rate could mean some sailors might have to pay for excessive consumption by others, one Naples, Italy-based sailor said.

&#8220;I kind of understand paying for utilities if we collect BAH. However &#8230; I&#8217;m not sure it was well thought out,&#8221; said Petty Officer 1st Class Lawrence Walsh, 39, a sailor with Naval Computer and Telecommunications Station in Naples.

He said he&#8217;d feel slighted for having to pay for a service that the single sailor living next door, with the same accommodations, doesn&#8217;t have to pay. His wife and daughter left Naples about a year ago for Puerto Rico so his wife could attend school.

The policy change won&#8217;t affect single sailors living in the barracks or those who are married and, because their orders stipulate the tour is unaccompanied, had no choice but to leave their dependents behind.

In another change, &#8220;geo-bachelors&#8221; now include all personnel of all pay grades, not just those E-4 and below, Fowler said. Before the change, servicemembers who were E-4 and below were considered unaccompanied for housing entitlement, she said.

Stars and Stripes reporter Allison Batdorff contributed to this report from Japan.