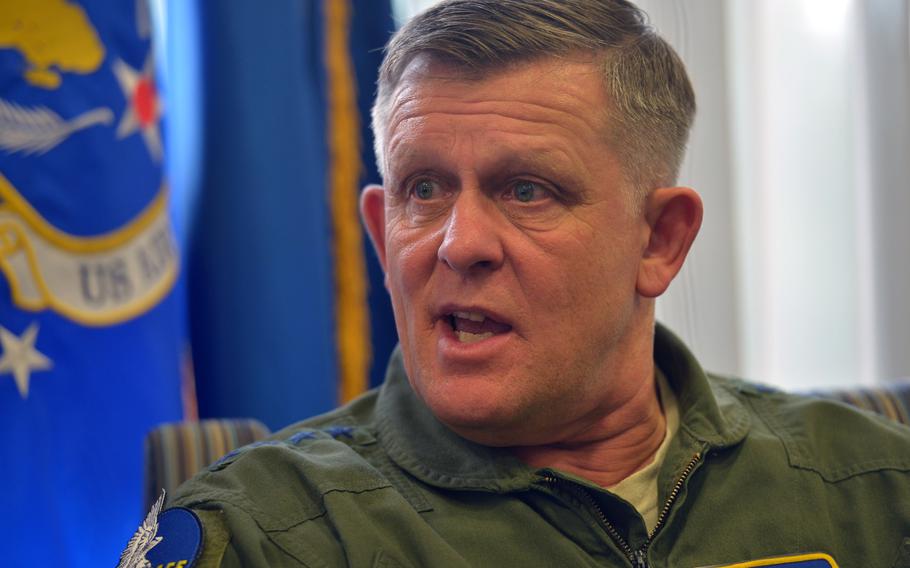 RAMSTEIN AIR BASE, Germany — U.S. airmen serving in Turkey will for now be on “unaccompanied tours” because the security situation in the country will not permit the return of their families, a top general said Thursday.

In March, the Pentagon ordered nearly 700 military family members to leave Incirlik Air Base and two smaller military installations in Izmir and Mugla because of concerns over the deteriorating security environment in Turkey. The mandatory departure order also covered the families of U.S. diplomats.

“I think that in the short term, those airmen that are assigned to Turkey will be on an unaccompanied tour, which really just defines the length that they’re there,” Gorenc said in an interview with Stars and Stripes.

“So this basically makes that unaccompanied tour consistent with the way we do things in Korea and other places in the world.”

Although Incirlik has one of the smallest populations of any U.S. Air Force base in Europe, with fewer than 2,000 airmen normally assigned there, it is on the front lines of the fight against the Islamic State group in Syria and Iraq. U.S. fighter-bombers have been routinely launching strike missions from the base.

In addition, Incirlik is located only about 200 miles from the Syrian border, where the transit of foreigners back and forth to Turkey has been a long-standing concern for the U.S. and its allies.

On Tuesday, more than 40 people died and about 200 were injured when armed terrorists attacked Istanbul’s Ataturk international airport using assault rifles and bombs. Although there has been no claim of responsibility, officials say the deadly attack bore the hallmarks of the Islamic State.

Gorenc, 58, is scheduled to retire next month. He has commanded USAFE-AFAFRICA and Allied Air Command — the air component of NATO — since August 2013. President Barack Obama has nominated Lt. Gen. Tod D. Wolters as the next commander to oversee Air Force operations in Europe and Africa.

Last July, U.S. warplanes began rotating through Incirlik in larger numbers as part of the intensifying air campaign against the Islamic State. At the same time, NATO allies have been conducting operations from Incirlik, including surveillance flights.

For the U.S., Incirlik Air Base has long been a strategic hub for U.S. forces, dating back to the Cold War. While it has no permanent U.S. aircraft assigned, the base has long served as a temporary staging post for cargo and refueling missions supporting U.S. aircraft in places such as Iraq and Afghanistan.

“We had to figure out a way to make sure we could continue the mission that we have in Turkey,” Gorenc said. “I think that reflects the planning that went into what options we have (and) what’s the best balance between being able to do the mission and provide for the safety of our people.”