General says 3rd Marine Division is in for a busy year 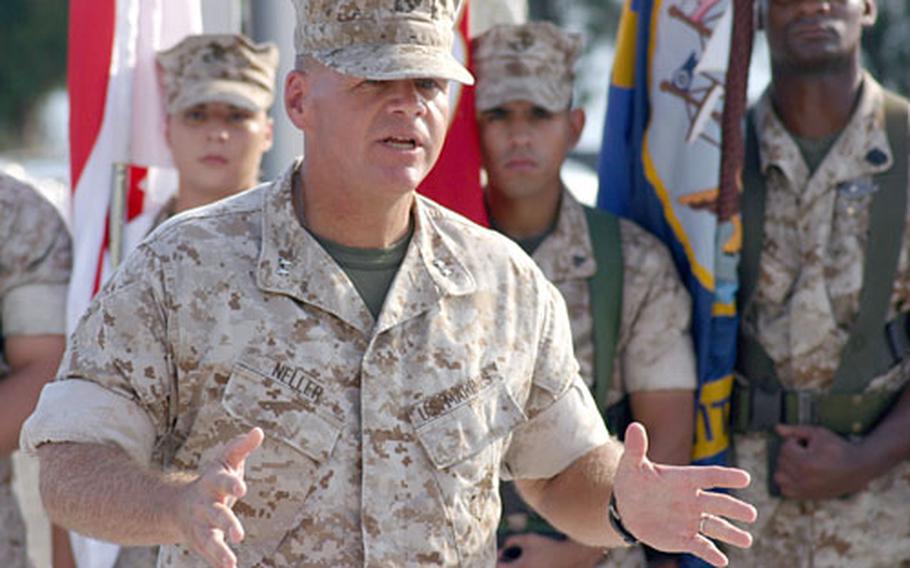 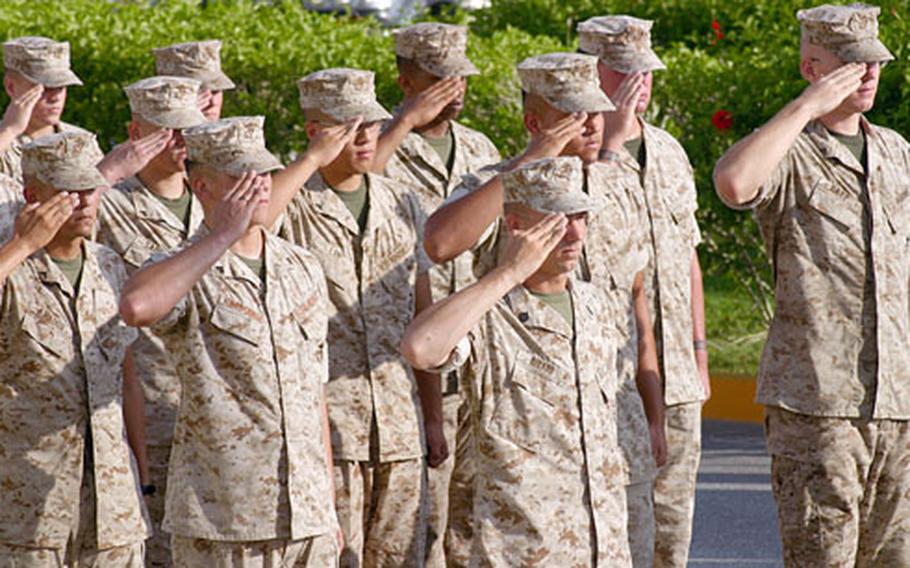 CAMP COURTNEY, Okinawa &#8212; The perception that Marines on Okinawa are hiding from the war on terrorism is completely off the mark, the 3rd Marine Division commander said Monday.

&#8220;Every unit in the division is either getting ready to go or just coming back or providing&#8221; detachments, adviser teams or individual augmentees for operations Iraqi Freedom and Enduring Freedom, Maj. Gen. Robert B. Neller said after a ceremony commemorating the 3rd Marine Division&#8217;s 65th birthday.

Three of the division&#8217;s six battalions are deployed to Iraq, one just got back, and another is getting ready to go, added Neller, who assumed command in June.

And with the high operational tempo, Neller stressed, it is necessary to ensure the division remains balanced.

&#8220;It&#8217;s easy to let the day-to-day internal housekeeping things fall through the cracks,&#8221; he said, referring to the need for leaders to ensure that their troops are completing individual training such as rifle qualifications and physical fitness tests.

Neller said one of his biggest concerns is the effect numerous deployments have on families &#8212; especially younger ones.

The general said he realizes some spouses might feel isolated and urges them to plug into the services available, such as the Key Volunteer Network and Marine Corps Family Team Building.

&#8220;We want to help people make it through the deployment,&#8221; Neller said of the support structure set up for families.

The division&#8217;s tasks will become more challenging with the planned movement of some 8,000 Marines to Guam over the next several years, he said, noting that the division is already in two locations: Okinawa and Hawaii.

&#8220;When an organization is geographically separated, there are challenges to coordinating training and support,&#8221; he said

As for the immediate future, Neller said, the division will &#8220;work hard, train hard and be disciplined in every aspect of our lives, personal and professional.&#8221;