General, five others reprimanded in connection with 2017 Niger ambush that left four dead Maj. Gen. Marcus Hicks received a reprimand for insufficient oversight of of his officers in connection with death of four U.S. soldiers in 2017, The New York Times reported. (U.S. Air Force)

Maj. Gen. Marcus Hicks received a reprimand for insufficient oversight of of his officers in connection with death of four U.S. soldiers in 2017, The New York Times reported. (U.S. Air Force) 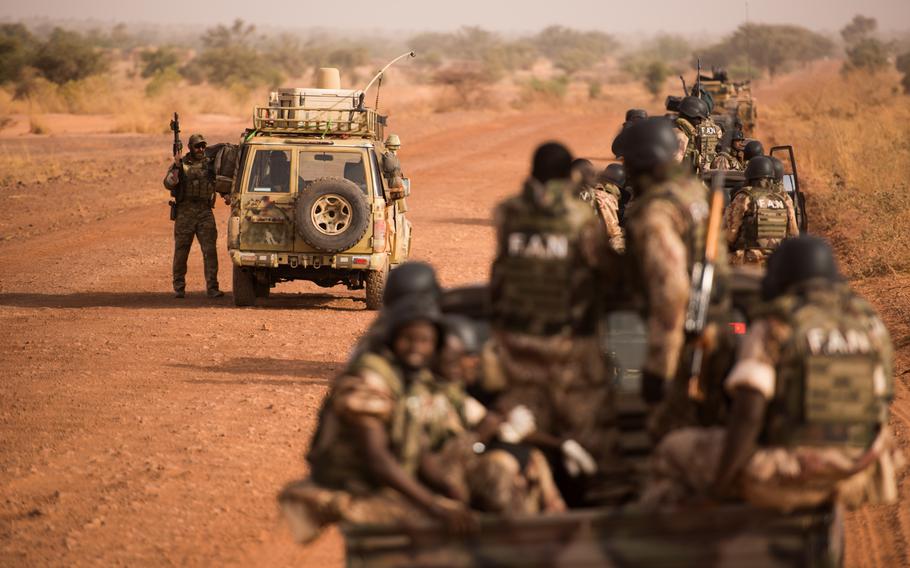 Hicks, who was given a general officer memorandum reprimand by Special Operations Command’s Gen. Tony Thomas, was the highest-ranking official punished for the incident.

The Times, citing unnamed military sources, reported that four officers and two enlisted soldiers have so far been reprimanded. Two other senior officers involved in approving the mission have not been punished.

Special Operations Command Africa on Monday declined to comment on the report, following a Stars and Stripes query.

In addition to Hicks, who is slated to retire, Capt. Mike Perozeni of Team 3212, Alpha Company, 2nd Battalion, 3rd Special Forces Group, received a letter of reprimand, the Times reported.

The reprimand cited the captain for insufficient training and rehearsals before leaving their base in Niger on Oct. 3 to hunt down an Islamic State leader near that country’s border with Mali, the Times reported. The letter stated that the team rarely trained with the Nigerien soldiers they were operating alongside.

The team’s master sergeant was punished for similar reasons, the Times reported.

An earlier U.S. Africa Command investigation of the October ambush determined that the members of the Green Beret and Nigerien team had little experience together as a unit.

Maj. Alan Van Saun, the company commander for Alpha Company who was home on paternity leave at the time of the ambush, also was reprimanded for “improper training before the company was sent to Niger,” the Times reported.

A warrant officer, who was carrying out responsibilities for a junior captain, was faulted for filing an inaccurate mission plan. That led to the launch of the first of what would become three missions, which ended with the Oct. 4 ambush by Islamic State militants near Niger’s border with Mali.

The company’s sergeant major, who left the unit before the team’s deployment, also was reprimanded for not ensuring the company was properly trained, the Times reported.

Four soldiers were killed in the ambush: Sgt. 1st Class Jeremiah W. Johnson, Staff Sgt. Bryan C. Black, Staff Sgt. Dustin M. Wright and Sgt. La David Johnson. Most of the 11 soldiers on the team, including the four slain troops, have been nominated for valor awards that have yet to be approved, the Times reported.

Lt. Col. David Painter, then the battalion commander in charge of Alpha Company and Team 3212, approved the first and second missions and ordered the third, but has not been punished, according to the Times.

Col. Brad Moses, the commanding officer of Third Special Forces Group, also received no punishment, the Times reported. Moses was “closely consulted regarding the third and final mission to send Team 3212 into the campsite and the ambush that followed,” the Times said.