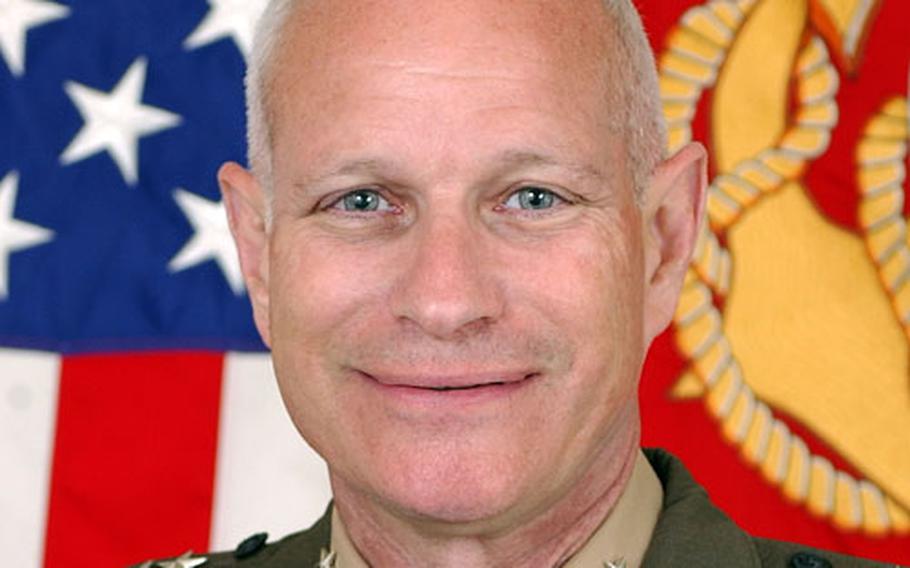 WASHINGTON &#8212; Marine medics in Iraq are more likely to face serious injury or death than are the riflemen they&#8217;re working to help, according to the assistant commandant.

Gen. Robert Magnus said Tuesday that statistics from Corps health officials show that the job of the combat medic, or Navy corpsman, is among the most dangerous in the war, in large part because of the situations they put themselves in.

Magnus&#8217; comments came at the Defense Department&#8217;s annual conference on military health care, which brings together top civilian and military medical officials for four days of discussions on the achievements and shortfalls of the system.

&#8220;For the young men and women who wear the uniform, there is no finer (health care) system for them while they are on active duty,&#8221; he said.

Magnus could not provide specific statistics on the number of corpsmen killed in Iraq, but said that they historically have had high casualty rates in combat.

What makes Iraq different from past military actions is the open nature of the war, he said, with injuries occurring in traditionally safe zones as well as the front lines. That means more work and more danger for medics in every aspect of their mission.

Magnus said the vehicles used by corpsmen typically have lighter armor than their infantry counterparts, to allow for quicker movement and response to wounded troops. That has added to their danger in Iraq, because of the insurgents&#8217; use of roadside bombs, or improvised explosive devices.

But the assistant commandant said the medics provide an invaluable service, not only in treating injuries of U.S. servicemembers but also in providing care to Iraqi soldiers and civilians.