Gathering offers something for all services 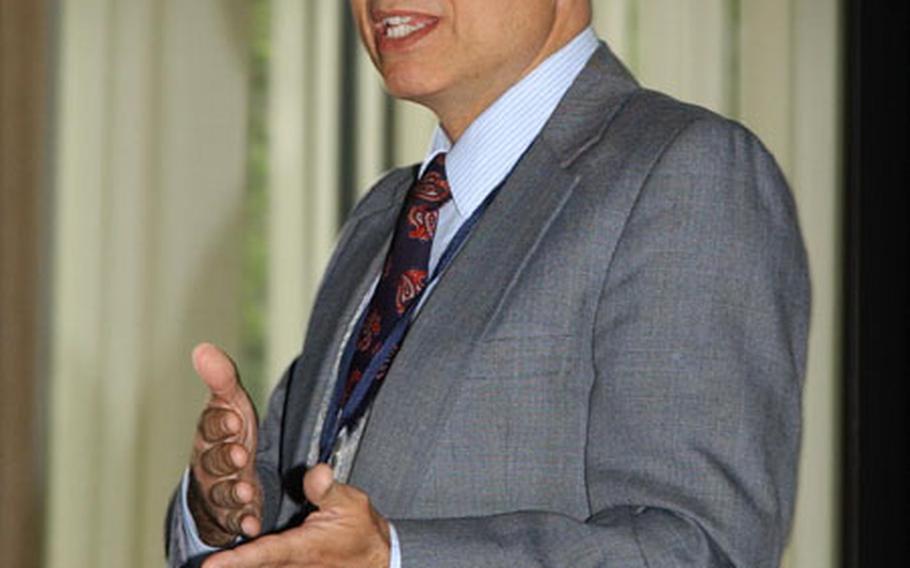 When her husband, Staff Sgt. Kevin Betts, returns from downrange next spring, his wife will no longer be donning green and polishing her boots alongside him.

Coleman will retire May 31 after 20 years of service. Serving as her battalion&#8217;s family readiness leader last year sparked her interest in volunteering and forced her to think outside of the box when dealing with family members.

Classes were broken down into five main areas, according to Cathy Speer, who arranged this year&#8217;s 47 speakers.

In addition to support classes for military spouses, classes also were offered to help AWAG delegates with club duties, professional development and personal development. A few fun classes, which have been a traditional part of the conference&#8217;s 48-year history, included the Defense Commissary Agency&#8217;s &#8220;Experience the Exotic.&#8221;

New to the conference this year was a list of suggested classes specific to volunteers, club presidents and family readiness group leaders. While most of the AWAG delegates are Army or Air Force spouses, this year&#8217;s classes were selected with all of the services in mind, Speer added.

At the closing ceremonies, Franken area delegate Therese Dolan was announced as the 2004-2005 AWAG chairwoman and Schwaben delegate Laurie Menzel will serve as vice chairwoman. Ingrid Pierce will serve as head conference assistant next year when the event is held at the Armed Forces Recreation Center&#8217;s Edelweiss Lodge in Garmisch.