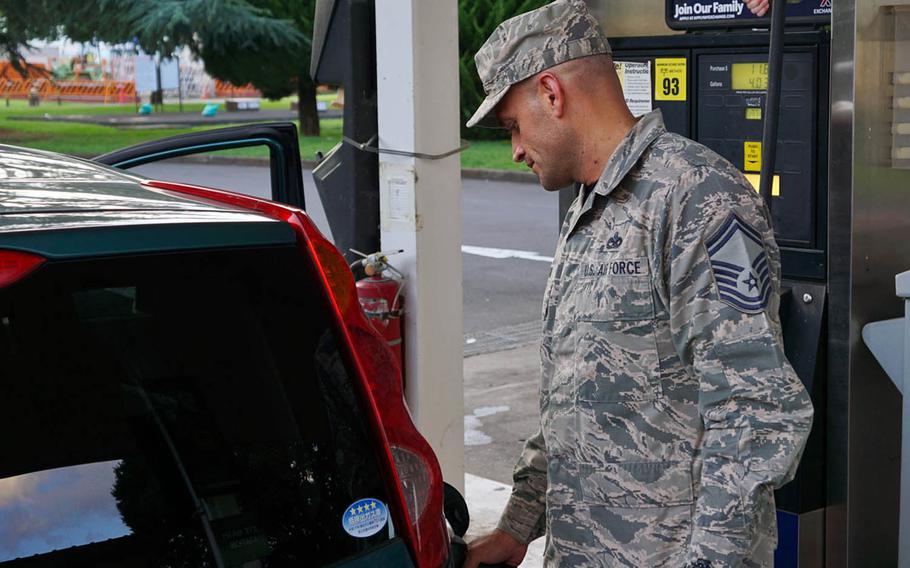 YOKOTA AIR BASE, Japan — Fuel prices at overseas bases are surging in the wake of Hurricane Harvey’s damage to Gulf Coast oil facilities.

“The Exchange policy is to set prices based on the U.S. Department of Energy’s weekly average for each grade of gasoline in the continental U.S.,” AAFES spokesman Chris Ward told Stars and Stripes in an email Thursday.

“That increase is crazy,” Senior Airman Asmerjohn Diwa, a 374th Medical Group technician, said as he filled up his vehicle Friday at Yokota Air Base, Japan. He paid $2.939 per gallon for gas that would cost $3.229 per gallon the following day.

Hurricane Irma, a category-5 storm that’s on track to make landfall in Florida over the weekend, is also likely to cause fuel prices to jump as hundreds of thousands seek to evacuate, Dehaan told the Detroit Free Press on Wednesday. However, the storm shouldn’t cause a nationwide cost spike like Harvey since no refineries are threatened, he added.