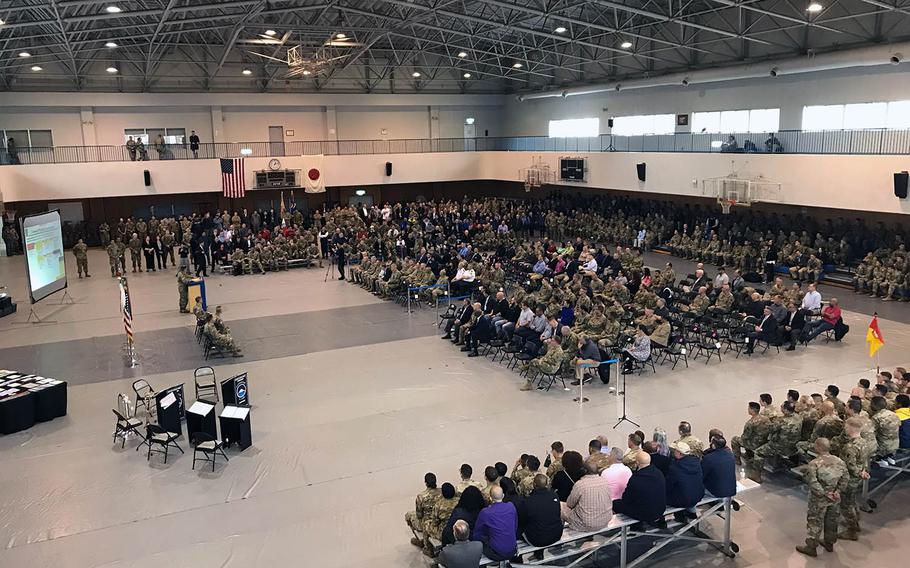 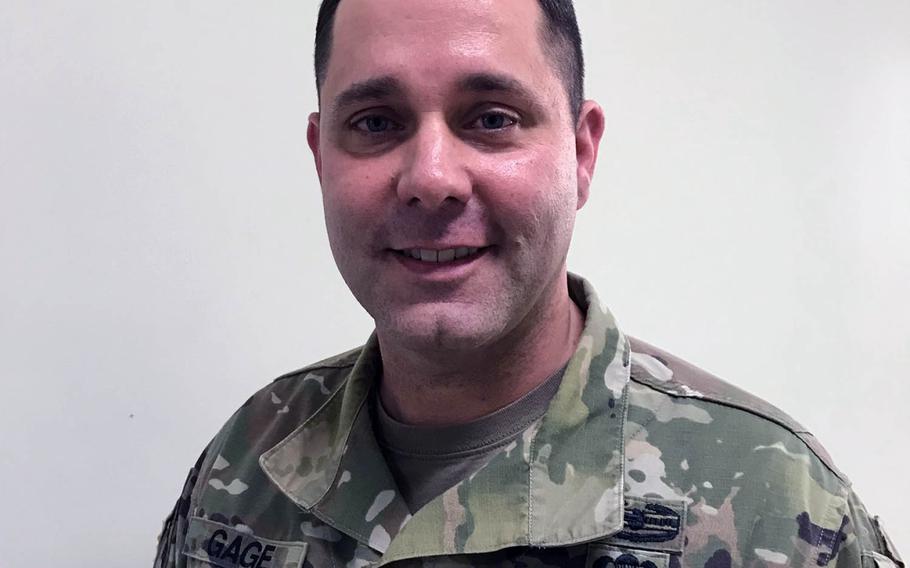 CAMP ZAMA, Japan — Crows pecking at trash in overflowing dumpsters, brown tap water, summertime mold and cigarette smoke in tower apartments were among the housing issues raised by troops and families during a meeting Wednesday at the home of U.S. Army Japan.

Soldiers, civilian base workers and family members packed a basketball court at the Yano Fitness Center to voice their housing concerns to USARJ chief Maj. Gen. Viet Luong and other top officials.

The gathering was one of several at Far East bases this month to address housing issues following testimony about dilapidated military homes to the House Armed Services Committee on Feb. 13.

A number of troops raised their hands when Luong asked who had discovered mold in their home.

“I have seen the mold,” the general said, noting that it’s a problem during Japan’s humid summers.

One community member said the condensation in his home was so bad when he moved in that water was pouring through a wall. He said the problem has since been fixed.

Lt. Col. Greg Henz, 41, of Hamilton, Ohio, who arrived at Camp Zama late last year, told the meeting that barracks dumpsters fill up with trash dumped by people who don’t live there.

“I’ve seen people that don’t reside in barracks … dump their own garbage,” he said. “Come Monday it’s overflowing with trash. You see the crows pecking at the garbage because it hasn’t been picked up.”

Other issues raised by Henz were insecure barracks doors, a lack of storage space, not enough washing machines and dryers, and rust-colored tap water.

U.S. Army Garrison Japan commander Col. Phillip Gage said someone should put in a work order to fix the doors and that officials would look at the washer/dryer issue.

There isn’t storage space in some accommodations, which were built decades ago, but storage sheds are available for some personnel, he said.

Army spouse Lisa Connell complained to the meeting about people in tower apartments smoking on balconies. Centrally-controlled heating means her family often opens windows to cool down but that lets in smoke from neighbors’ cigarettes, she said.

Gage said designated smoking areas are available away from the towers and that officials would look at options for enforcing the ban on balcony smoking.

At the Zama meeting, officials outlined a new housing hotline — DSN 315-262-3228 — that soldiers in Japan can call to get issues fixed promptly.

Inspections of military housing are ongoing at bases in Japan and South Korea. On Feb. 15 top military officials ordered commanders to inspect all housing for which they were responsible within 30 days.