GAO: Troops transitioning out not always getting prompt pain and psychiatric meds 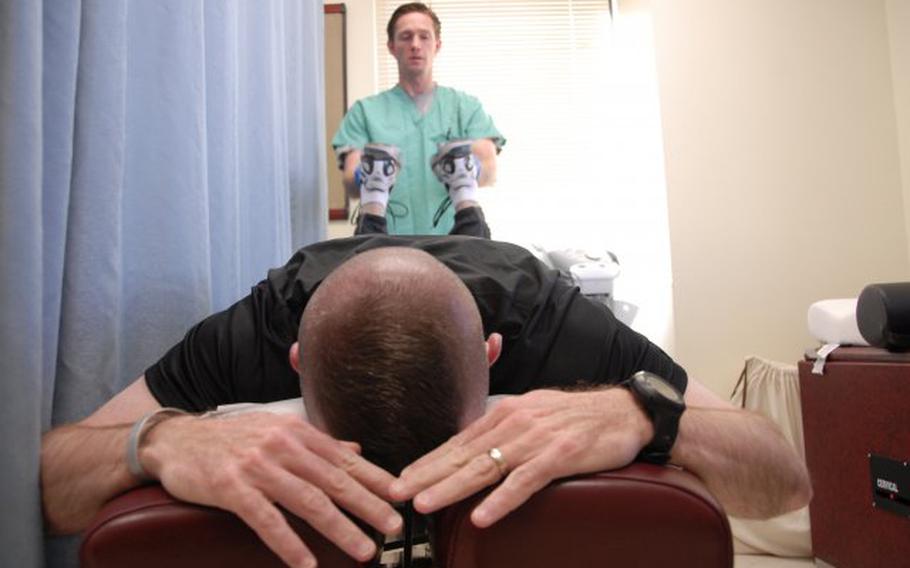 SASEBO NAVAL BASE, Japan &mdash; With the conflict in Afghanistan winding down and the military trimming its force, the majority of servicemembers transitioning out of the military who need pain and psychiatric medication are not getting the seamless care they need, according to a Government Accountability Office report released earlier this month.Less than half of the 94,000 servicemembers in need of medication who were either discharged from active-duty or demobilized from their Reserve or National Guard units in fiscal 2009 through 2011 received care from the Department of Veterans Affairs within nine months, the report said. Only about a third of those in need received care within a month.Transitioning servicemembers are particularly vulnerable during this time as the misuse or discontinued use of psychiatric or pain medications can lead to serious adverse health effects, the report said.&ldquo;Medication management is critical to effective continuity of care for servicemembers transitioning out of the military,&rdquo; according to the report summary. &ldquo;The Department of Defense&rsquo;s and VA&rsquo;s efforts may not help all servicemembers manage their medication needs during transitions of care.&rdquo;The issue has never been more important with the conclusion of more than 10 years of war on the horizon. Pain is the most frequent complaint to doctors from the DOD and VA, and between 20 and 40 percent of servicemembers returning from Operation Enduring Freedom and Operation Iraqi Freedom suffer from deployment-related mental health conditions, including post-traumatic stress disorder, depression and substance abuse, the report said.The report was careful not to place blame solely on the Defense Department and VA, when approximately 50 percent of servicemembers discharged with psychiatric or pain medications do not connect with VA providers in a timely manner, if ever. However, it recommended not only the development of a medication transition policy for all servicemembers, but also that servicemembers be provided their current medication list prior to their transition, and the VA and DOD identify and apply best management practices.The DOD and VA agreed with the report&rsquo;s findings and pledged that the recommendations were in the process of being implemented.burkem@pstripes.osd.mil