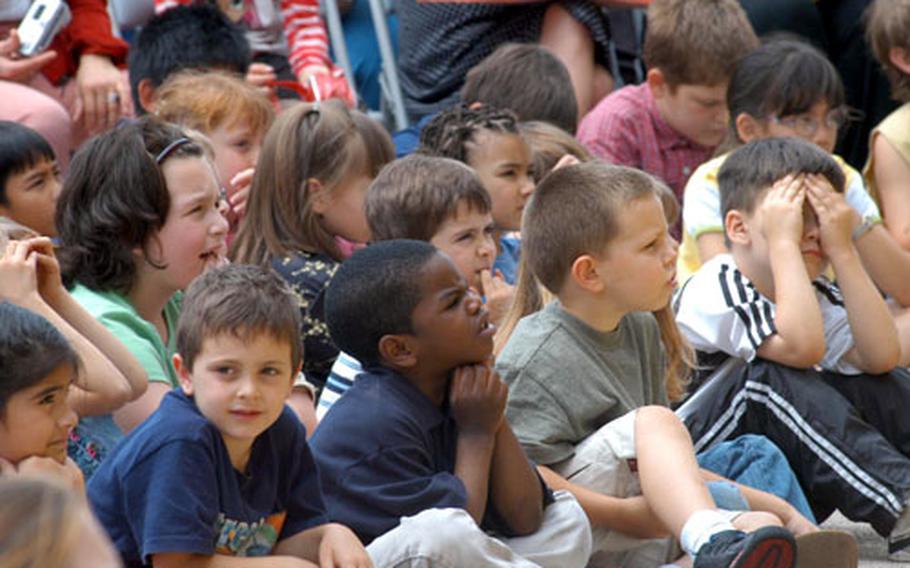 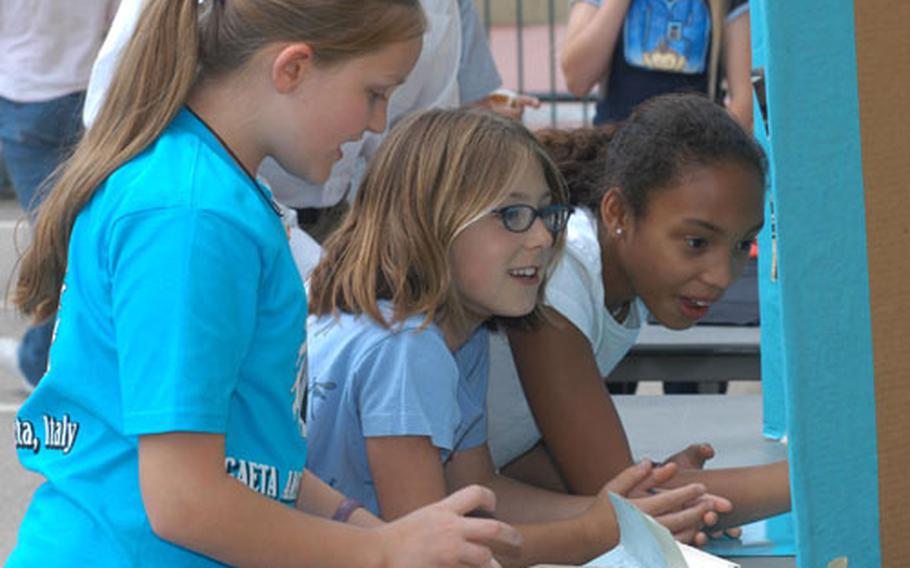 GAETA, Italy &#8212; Faculty members knew of the time capsule concealed in a Gaeta Elementary School wall. But they weren&#8217;t sure of its contents.

The opening of the capsule was the highlight of the school&#8217;s 30th birthday celebration Wednesday.

About 180 kindergarten through eight-grade pupils cheered when Principal Tim Erickson withdrew the capsule from a breadbox-sized cavity. The contents: about a dozen letters written by sixth-graders in 1976, apparently as part of a class project rather than the inauguration of the school.

Most hoped for a peaceful future with no war.

Present-day pupils got a kick out of the letters.

Though much has changed since the &#8217;70s, &#8220;kids are still kids,&#8221; said first-grade teacher Mary Tatta, who has taught for the U.S. military in Gaeta since 1970, when the school was located on Corso Italia. Originally named the Joshua Barney School, the school transferred to its current three-story building and opened June 12, 1974. It was renamed in the mid-1980s.

Tatta and other faculty members were reminiscing during the event. They told the crowd about days when students sported ball caps rather than cell phones.

Though the school&#8217;s future is uncertain as the Navy continues to study transformation possibilities, current students added to the capsule with something from each class, including book reviews, a D.A.R.E. anti-drug program pamphlet, Wednesday&#8217;s Stars and Stripes and a peppermint-scented pen to see if the smell would change in 30 years.

Principal Erickson asked the unthinkable: whether the crowd of youngsters would return to school in 30 years for another opening of the time capsule.