Gaeta MWR gets creative as it weathers budget cuts 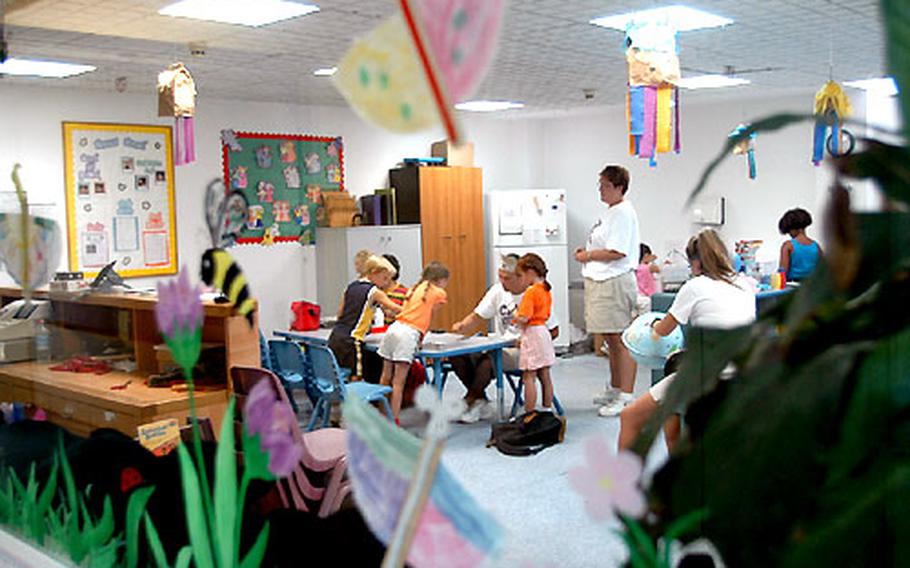 Gaeta’s Club Adventure meets in a renovated room at the base’s community center. Earlier this year, the school-aged kids’ program moved from an off-base apartment to the on-base facility. (Jason Chudy / S&S)

Gaeta will be able to continue the programs with minimal fee increases for services and equipment rentals. It will raise some prices at the snack bars and cut two of the more expensive programs.

Bob Froelicher, Gaeta&#8217;s MWR director, said MWR has been able to avoid larger cuts in service and price increases yet still meets the majority of current and future funding needs.

Naval Forces Europe headquarters provided money for the gym floor replacement. MWR cut costs by moving a school-age child facility from a rented apartment in town to facilities on base and minimized costs by having Public Works Department personnel renovate the child facility care rooms and build the Boys and Girls Club.

Cmdr. Joanne Fish, the base&#8217;s commander, addressed the cuts in a base newspaper article this month.

So far, the base is cutting only its annual fall festival and its outdoor program, though outdoor gear will still be available for rent. Prices for child care will increase for the first time in five years.

Fewer than 800 active-duty personnel are assigned to the Gaeta-homeported USS La Salle, 6th Fleet staff and base, which is about 60 miles northwest of Naples.

Base personnel and family members say that because of Gaeta&#8217;s isolated location, MWR programs can make or break a tour there.