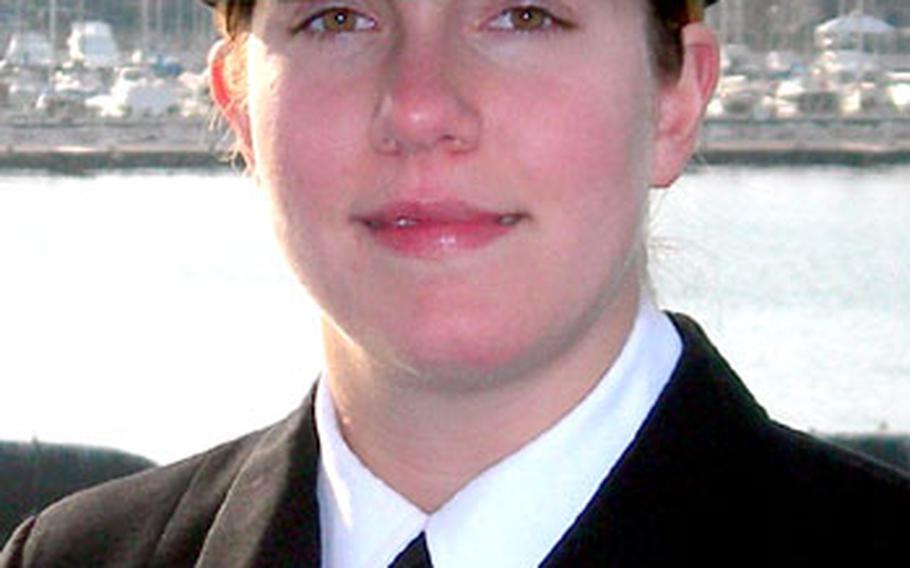 Petty Officer 2nd Class Rachelle Larsen of the USS Mount Whitney in Gaeta, Italy, was recently recognized for her work as a systems administrator with her selection as a 2005 Copernicus Award recipient.

It is co-sponsored by the Armed Forces Communications and Electronics Association and U.S. Naval Institute.

As a systems administrator for the flagship of the U.S. 6th Fleet, Larsen is responsible for all Internet protocol networks throughout the ship, including military and NATO secret networks.

The Copernicus Award is named after 16th-century astronomer Nicolaus Copernicus, who theorized that the Earth, rather than being at the center of the universe, orbited around the sun with the other planets.

His &#8220;radical&#8221; thinking originally earned him scorn, but eventually became the accepted explanation of how the solar system works.

The awards honor the Polish astronomer each year by presenting sailors, Marines, Coast Guardsmen and civilians who show similar forward-thinking.