Future of Kaiserslautern Rod and Gun Club up in the air 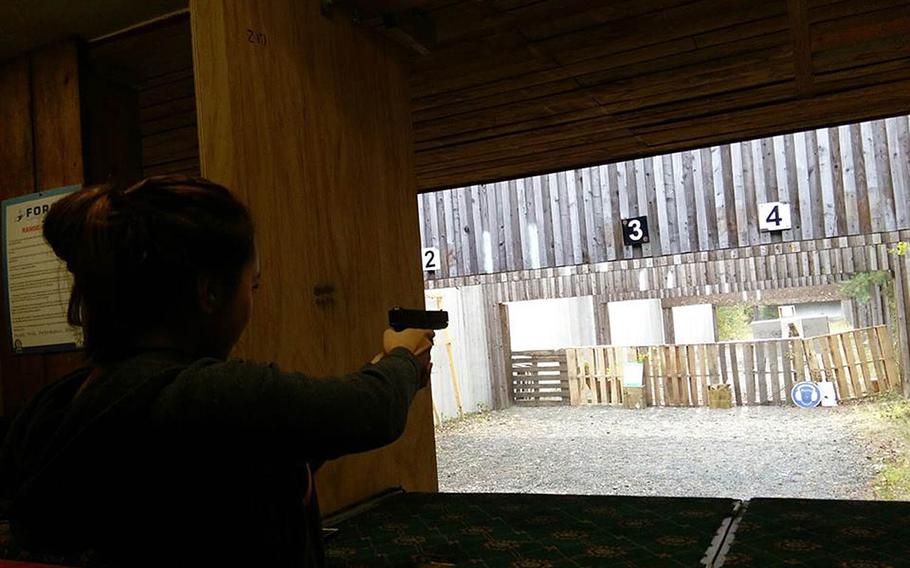 KAISERSLAUTERN, Germany — Air Force officials at Ramstein Air Base say no decision has been made to shut down the Kaiserslautern Rod and Gun Club despite chatter and speculation on social media by members that the facility is slated for closure early next year.

The John Q. Public blog first reported that members of the club feared it would be shuttered, citing a Dec. 7 email in which the club’s manager said that the 86th Force Support Squadron “has asked Rod and Gun to submit a closure package” and that members would have to remove any stored weapons.

But base officials at Ramstein told Stars and Stripes that while there is a study examining the viability of sustaining club operations, nothing has been decided.

“Closure is an option in this study, but the study is not complete and no decisions have been made,” Lt. Col. Joel Harper, a base spokesman, said in a written statement.

Another option being considered is consolidating the club with Baumholder’s, Harper said.

Ramstein officials conducted a site visit to Baumholder Thursday as part of the study, he said.

Brig. Gen. Richard G. Moore Jr., the 86th Airlift Wing commander at Ramstein, also told Kaiserslautern Rod and Gun Club members by email recently that no decision had been made and that leadership would have more information in 60 to 90 days. “It is not my desire to close the Club, and none of us are working with this end in mind,” Moore wrote.

The email was shared on “Save the Kaiserslautern Rod & Gun Club’s” Facebook page. Harper verified it was from Moore.

But despite reassurances from the base that several options are on the table, some club members feel the base has been less than forthcoming about its plans.

Air Force Maj. Nathan White, who joined the club last March with his wife while taking the club’s annual German hunting course, said club members were told back in November that stored weapons would have to be removed by the end of January but were not told why. Items in the club store then went on permanent sale, with deep discounts being offered on all inventory, including a used $1,400 scope selling for $50, White said. The annual hunting class was also canceled, he said.

Finally, in early December, the 86th Force Support Squadron posted a “closure sale” to their web site, he said, a notice that has since been taken down.

“The club members really felt like the base was being incredibly underhanded about the whole thing,” White said in an email. “Even now they’re saying there was never a decision to close the club. However, why would they be going through all of the closure steps, including selling their rental inventory, and telling members to remove their weapons, if they had not already decided to close?”

Base records show the club, located on U.S. military property next to Vogelweh, opened in 1966.

Among the activities available on its ranges are paintball, archery, skeet/trap shooting and rifle/pistol shooting, according to the club’s Facebook page, which said earlier this month that it hosted its first Airsoft event in years. The club also conducts courses that allow Defense Department personnel to qualify or maintain currency for a German hunting, fishing and sports shooting licenses.

The club has more than 370 members, White said. Only 11 members, however, store privately owned firearms there, base officials said.

One of the issues being weighed is the expense of bringing the club’s ranges up to standard, base officials said. It’s estimated it will take $300,000 to restore and maintain the club’s pistol/rifle, skeet and paintball ranges.

Harper said the base hopes to keep the club open but must balance operating expenses with customer revenue and changing demographics, among other considerations.

“We ask for understanding as we complete the study and carefully walk through all possible options,” Harper said. “Rumors, assumptions, and unfounded conclusions will not help us reach the best solution.”

White and his wife use the rifle range about two to three times per month to “sight in our rifles for upcoming hunts or keep our shooting skills up,” he said.

If it closes, “my wife and I will lose access to the only large caliber rifle range in the area. We’ll also lose a club where we run into friends every time we visit.”

The Baumholder club does not have as many amenities, but it does offer the German hunting course that leads to becoming a German-licensed hunter in Germany.