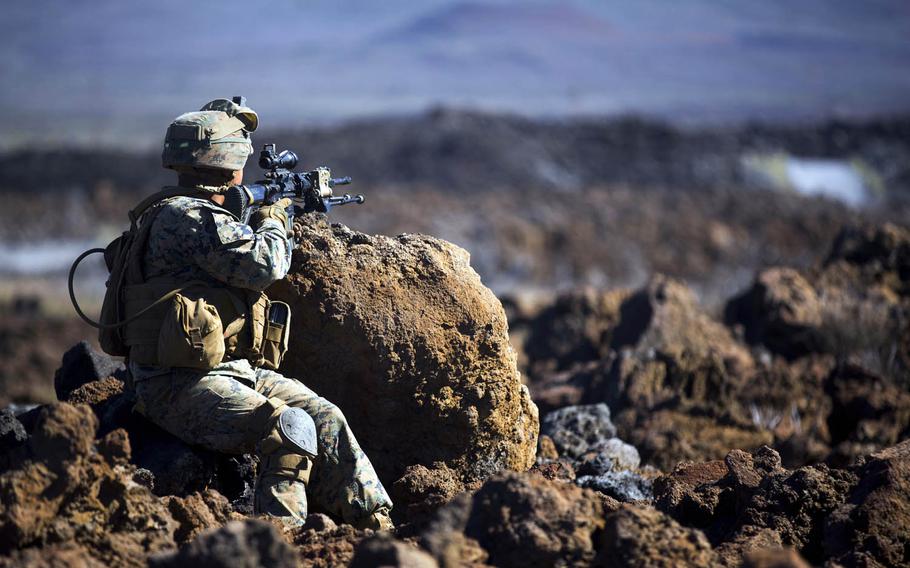 In 2005, the Army discovered components of the Davy Crockett Weapons System at Schofield Barracks on Oahu. The system, designed to fire tactical nuclear weapons, was never actually used in warfare. (Courtesy of Defense Department) 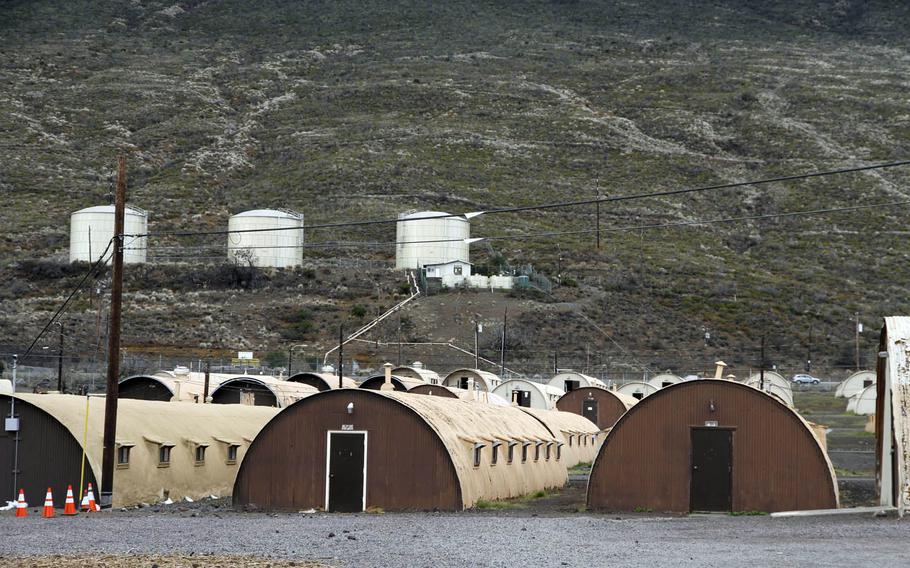 Buy Photo
Most of the 1950s-era Quonset huts at the Pohakuloa Training Area are slated to be razed and replaced by modern barracks as part of a seven-year modernization plan for the cantonment area of the installation on the island of Hawaii. (Wyatt Olson/Stars and Stripes) But the 131,000-acre live fire range is the biggest U.S. defense installation in the Pacific, and about 13,000 soldiers and Marines train for war there each year — using everything from machine guns to howitzer cannons and helicopter-launched missiles.

PTA is a valuable U.S. defense asset in the Pacific — so valuable that a $210 million restoration is underway on its cantonment area, notable for dozens of 1950s-era beige Quonset huts.

In recent years, however, the Army has come under increasing pressure by local activists to make a full accounting of depleted uranium buried in the range, a legacy of a Cold War-era atomic weapons system used there.

With restoration planned to extend the range’s life by many decades, opponents see this as a make-or-break moment and have seized upon the issue of possible radiation contamination as a means to curtail or even end live fire training at PTA.

“We want it shut down; we want the live fire stopped,” said Jim Albertini, founder of Malu ‘Aina, the primary group opposing PTA. “We want the military booted out of there, and we want it cleaned up. We’re angry, and rightfully so.”

In 2005, the Army discovered components of the Davy Crockett weapons system at Schofield Barracks on Oahu. The system, designed to fire tactical nuclear weapons, was never used in warfare.

A subsequent investigation found that training with the Davy Crockett system also took place at PTA from 1962 to 1968. While no nuclear weapons detonated, spotting rounds containing depleted uranium were fired.

Depleted uranium, or DU, is a byproduct of uranium enrichment, and it is much denser than lead. DU used in U.S. military munitions is 40 percent less radioactive than raw uranium ore found in nature, DOD said.

But it can still be a health threat.

“DU is a potential health hazard if it enters the body, such as through embedded fragments, contaminated wounds and inhalation or ingestion,” the Department of Veterans Affairs said on its website. Exposure to troops comes primarily from those who were on, in or near vehicles hit by friendly fire; in the vicinity of burning vehicles; near fires involving DU munitions; or salvaging damaged vehicles, the VA said.

A health-risk assessment of DU at PTA completed for the Army in 2010 by an environmental consulting firm concluded that “no adverse human health impacts are likely to occur as a result of exposure to [spotter round] uranium present in the soil at PTA.”

But it also noted that the number of DU rounds fired and the exact footprint of the impact area “could not be reliably ascertained.”

Miranda Keith-Roach, an environmental radiation expert with the Stockholm consulting firm Kemakta Konsult AB, reviewed the 2010 assessment at the request of Stars and Stripes. She said the assessment was conducted according to accepted standards and that the assumptions used were “conservative,” meaning worst-case scenarios were used in calculating possible risks of DU radiation exposures.

“The overall results were pretty convincing that it is quite safe,” said Keith-Roach, a visiting scientist in the School of Geography, Earth and Environmental Sciences at Plymouth University, Great Britain.

Albertini maintains that a deeper look at DU contamination at PTA is warranted.

“The immediate thing we want is to stop all live fire and do a complete assessment of the depleted uranium that’s there and a cleanup of that depleted uranium,” he said.

In February, the U.S. Nuclear Regulatory Commission approved an Army plan for monitoring possible DU radiation in a stream where sediment is carried out of the most likely impact zone.

Albertini and three others appealed the decision, triggering a hearing before the Atomic Safety and Licensing Board. On May 1, NRC staff issued a memo recommending that the board deny the hearing because the four individuals did not have standing, meaning they did not adequately show that they were personally at risk from radiation. The board has not yet taken action.

Among Albertini’s objections is that air sampling is not part of the monitoring.

“In my view inhalation of small DU oxide dust particles is the main DU hazard at Pohakuloa,” he wrote in a petition to the NRC.

The Army maintains that, given the small amount of DU believed to be at PTA, even if it had aerosolized it would have long ago dissipated.

Keith-Roach said DU is the greatest threat while still in small fragments — before it has dispersed.

“You’ve got to remember that we take in uranium all the time,” she said. “Uranium is everywhere naturally.”

DU at PTA would be of greatest concern if fragments are still in “pure elemental form,” which contains far more uranium than dispersed “background” uranium in the soil, she said. “Once you spread that out into nature, then it’s hard to determine [the difference] because there’s a high level of background uranium.”

Renewal of a state lease for about 23,000 acres of PTA land also faces a rocky future.

Malu ‘Aina is urging the state not to renew the Army’s 65-year lease in 2029 for land that connects PTA’s two largest tracts.

The current lease is mired in a lawsuit brought by two people claiming the Army has breached the lease obligations by not cleaning up unexploded ordnance at PTA. The plaintiffs have asked that the lease not be renewed if that is not done.

A trial on the case concluded in October 2015, but the judge has not issued a decision.

The Hawaii County Council passed a resolution in 2008 asking the military to cease all live fire training at PTA until DU contamination is found and removed.

The military, however, will not easily give up a key installation that hosts about 259,000 troop training days per year, which would otherwise have to be done on the mainland.

Most of the trainees are from Schofield Barracks and Marine Corps Base Hawaii on Oahu, but some come from as far away as Alaska and Japan.

Troops from allied and partner nations also train there. During last year’s Rim of the Pacific drills, personnel from eight other countries drilled at PTA. Singaporean soldiers with the 25th Infantry Division trained there last summer as part of the Army’s Pacific Pathways initiative.

PTA maintains about 71 miles of gravel roads that snake around an otherworldly landscape of sheer cliffs, jagged ridges, scraggly trees and patches of grass. Wild goats roam the countryside, long used to the rumbling of Humvees and tanks.

The restoration of the cantonment area is planned from the bottom up, said Lt. Col. Christopher M. Marquez, PTA’s garrison commander.

The seven-year plan’s first step, now underway, is to replace an antiquated sewage system — a series of cesspools, now impermissible under environmental regulations — with a $23 million leach field. Underground and overhead utilities, including all gas lines, will then be replaced.

A third phase would raze more than 100 Quonset huts in the cantonment area and rebuild modern barracks. A few huts might be set aside for historic preservation, Marquez said.

PTA’s cantonment area is spare and would remain so, but comfort isn’t a priority for the 30-day training stints at PTA.