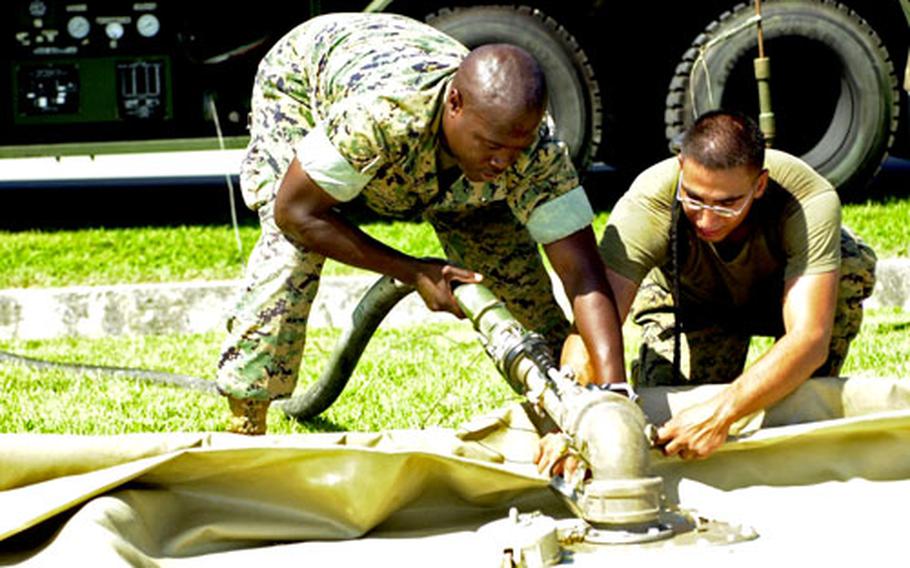 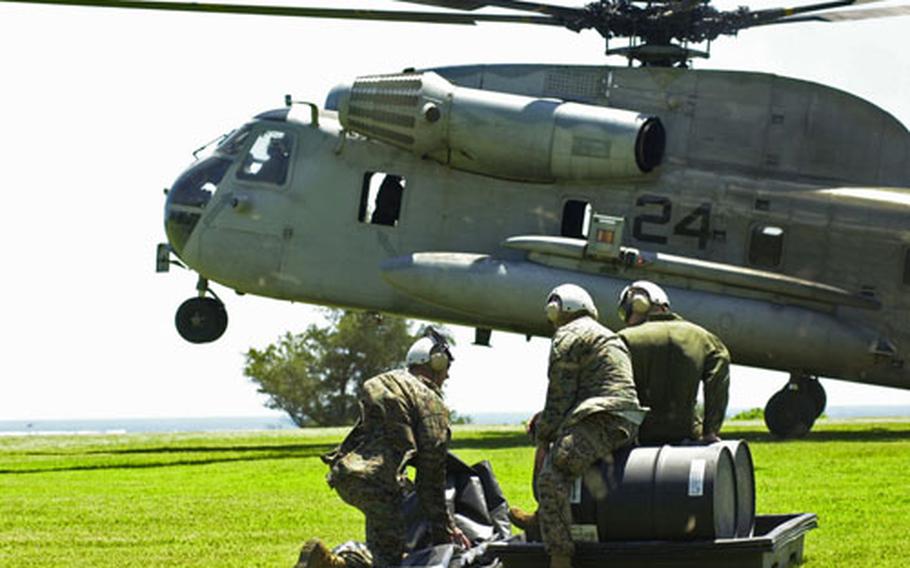 Bulk fuel detachment members from Marine Medium Helicopter Squadron 262 sit on some of their gear while a CH-53 manuevers to drop the rest of their supplies. (Fred Zimmerman / S&S) 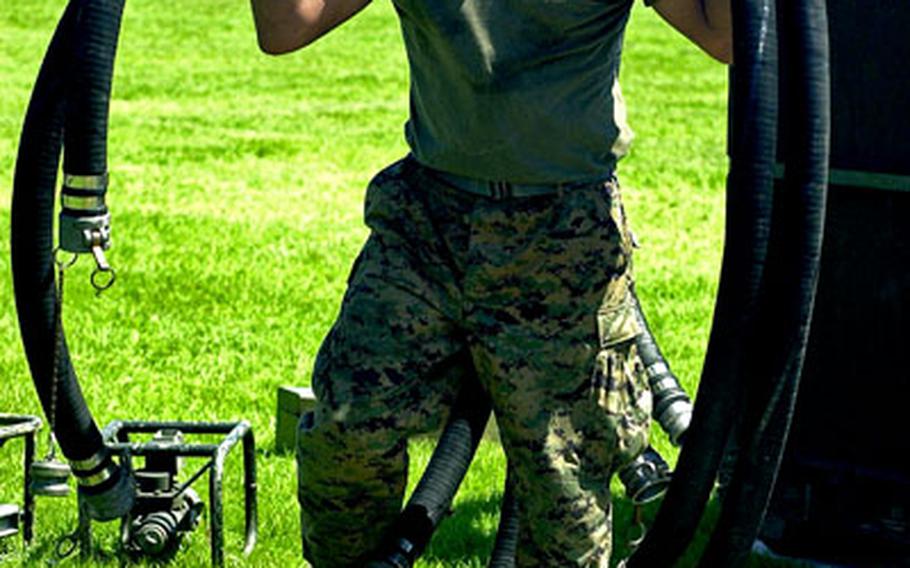 CAMP SCHWAB, Okinawa &#8212; The 31st Marine Expeditionary Unit kicked off a 10-day exercise earlier this week in which it operated as if deployed.

Most of the unit&#8217;s assets deployed to the field and Marine Corps Air Station Futenma hypothetically transformed into a ship from which their aircraft flew. To help helicopters from Marine Medium Helicopter Squadron 262 (Reinforced) extend their reach, the unit&#8217;s bulk fuel detachment established a forward arming refueling point Thursday on Camp Schwab.

Such a refueling point is used &#8220;when you want to double the combat radius,&#8221; said Sgt. Jim Rayfield, bulk fuel noncommissioned officer in charge for HMM-262. Rayfield said the mobile fuel station can be set up between ship or base and objective, letting the helicopters refuel and cover twice as much ground.

The detachment was flown in to set up the refueling point via CH-53 helicopter, just as they would if deployed. The Marines carried off several mats and 50-gallon barrels before the helicopter dropped off two giant crates filled with everything from fuel bags to hoses to fire extinguishers.

As soon as the CH-53 took off, Rayfield and his crew of three quickly went to work assembling the refueling point.

The crew set up three 3,000-gallon fuel bags, two for use and one as a backup, Rayfield said. The equipment can pump 125 gallons per minute, but the Marines push just 100 gallons per minute to avoid damaging it, he added. Depending on how much fuel a helicopter needs, it can be refueled in from two to eight minutes.

To keep the fuel flowing, said Lance Cpl. Andrew Walter, a bulk fuel specialist, the crew has to make sure the equipment is working right and have spare parts.

Rayfield said the section also tests fuel when deployed, checking every 12 hours for sediment and water to ensure pilots aren&#8217;t given bad fuel.

Also, Walter said, the entire team is trained how to react to spills. He said making sure that no fuel is spilled may be stressful but is one of the job&#8217;s most important aspects.

The forward arming refueling point was scheduled to operate until about Sept. 14, Rayfield said, adding that the exercise helps his team be ready to deploy.