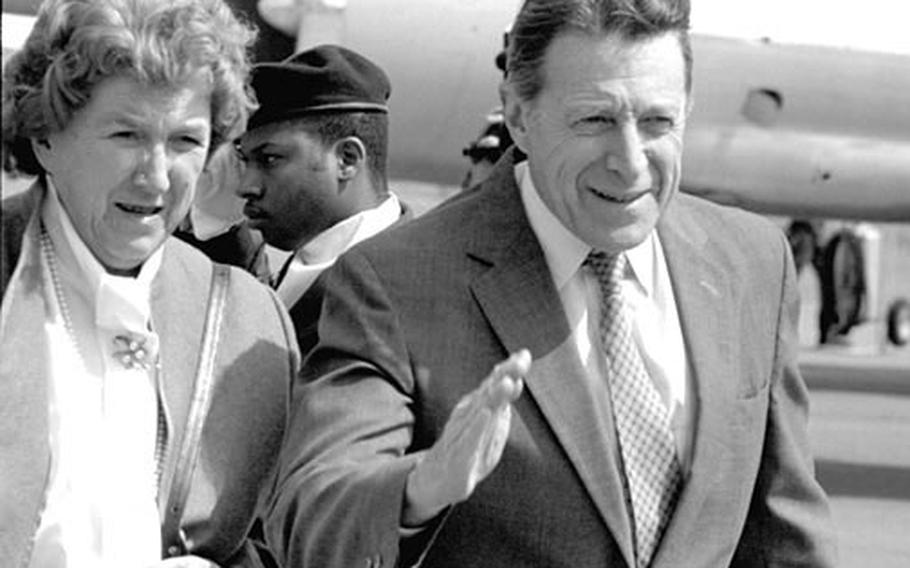 ARLINGTON, Va. &#8212; As Defense Secretary under President Ronald Reagan, Caspar Weinberger&#8217;s efforts to rebuild the U.S. military &#8220;were critical to victory in the Cold War,&#8221; one of his successors, Donald Rumsfeld, recalled Tuesday.

Former Secretary of State Colin Powell, who served as Weinberger&#8217;s military aide in the 1980s, had another view.

In attendance at the funeral were a host of high-level officials including Vice President Dick Cheney and Former British Prime Minister Margaret Thatcher.

Weinberger &#8220;set aside all the opportunities available to him&#8221; as a graduate of Harvard University and Harvard Law School and joined the Army as a private &#8212; before Pearl Harbor and America&#8217;s entry into World War II, Powell said.

He ended the war as a captain, working in New Guinea for Gen. Douglas MacArthur.

Reagan brought Weinberger to the Pentagon in 1981 because he &#8220;needed a champion to rebuild the armed forces and show the Soviets and the world how strength can lead to peace,&#8221; Powell said. &#8220;And Caspar Weinberger was that champion.&#8221;

Weinberger served as defense secretary until 1987. He convinced Congress to approve a 100 percent increase in defense spending over five years, the largest peacetime increase in U.S. history and an amazing accomplishment in a Democrat-controlled Congress, Snowe said.

&#8220;But what he did to rebuild morale and esprit within the military is what those of us in uniform at that time will never forget,&#8221; Powell said.