Fun is the goal for kids at Camp Adventure at Grafenwöhr 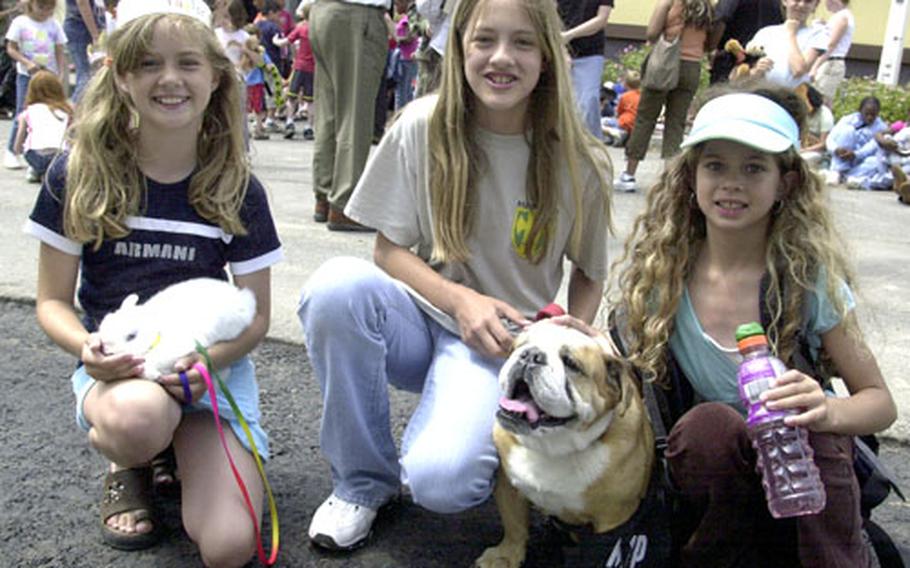 The Anderson sisters: Taylor, 10, Jordan, 12, and Kelsey, 8 show off their rabbit, Hasempfeffer, and English bulldog, Diamond, at a Pet Parade organized by the Grafenwöhr Library on Thursday. (Seth Robson / S&S)

The Anderson sisters: Taylor, 10, Jordan, 12, and Kelsey, 8 show off their rabbit, Hasempfeffer, and English bulldog, Diamond, at a Pet Parade organized by the Grafenwöhr Library on Thursday. (Seth Robson / S&S) 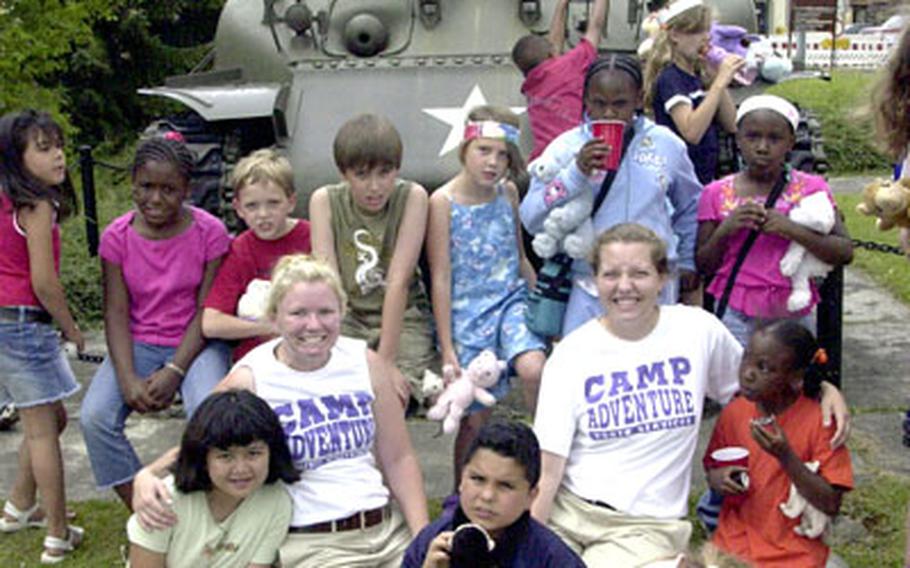 GRAFENW&#214;HR, Germany &#8212; Swimming, bowling, amusement park visits and a pet parade are a few of the activities keeping children here busy over the holidays at Camp Adventure.

&#8220;We go swimming at Amberg, bowling on post and we are also doing trips to Playmobile &#8212; a large children&#8217;s playground at Amberg &#8212; and Geisilwind &#8212; a large amusement park,&#8221; said Keil, known to the children as Miss Sprite. Keil supervised children and animals marching in the pet parade on Thursday.

The parade included a bird, a rabbit and numerous dogs of different breeds including Diamond, the English bulldog, who had been dressed as a military police officer by the Anderson sisters &#8212; Jordan, 12, Taylor, 10, and Kelsey, 8 &#8212; in honor of their father, Sgt. 1st Class Mark Anderson of the 615th Military Police Company.

The girls also were keen to show off their rabbit, Hasempfeffer&#8217;s hopping ability but did not have much luck.

&#8220;We like getting the kids pumped and having a good summer keeping them active,&#8221; said Keil, who is working at Camp Adventure for the first time.

A bonus for counselors in Europe is the chance to travel to exotic destinations on weekends, she said.

&#8220;We went to Prague last weekend and hopefully we are going to Florence this weekend,&#8221; said Keil, who is studying international business at the University of Northern Iowa.

&#8220;Last year I went to Okinawa. I spent the summer on a tropical island and it was really relaxed and laid back, but it was also really hot and humid. In Europe, it is more interesting. I feel like I&#8217;m experiencing more cultures,&#8221; said Daley, whose nickname is Miss Pepsi.

Camp Adventure will run for another seven weeks, the counselors said.