Fuel options open up in Germany 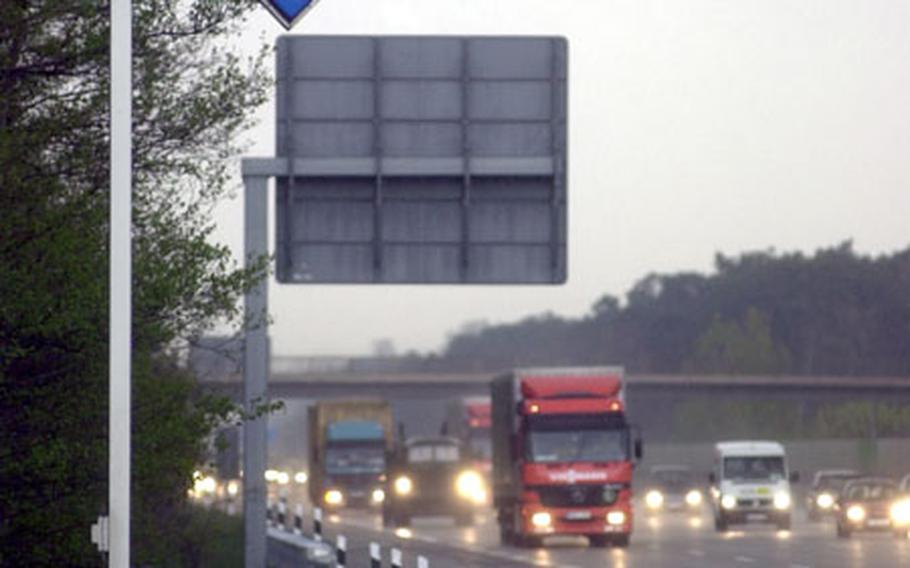 The cool blue glow of Aral gas stations will soon become a shining light for Americans hurtling down the autobahn.

Aral outlets on Germany&#8217;s superhighways will accept Army and Air Force Exchange Service gas coupons starting June 1, the result of a merger between its parent, Veba Oil, and British Petroleum.

Though BP has taken over the brand, it&#8217;s the tranquil azure of Aral that drivers in Germany will see even more of, while the green-and-yellow logo of the British oil giant disappears from Deutschland. British Petroleum is overhauling all its stations into Arals, as the latter is Germany&#8217;s largest service station chain.

This means that Americans can use coupons on the autobahn at the country&#8217;s most popular pump.

&#8220;It allows a lot more access to stations on the local economy for the traveler,&#8221; said Maj. Mitch Edgar, AAFES spokesman.

Now, the coupons are accepted at all Esso stations, as well as BPs on the autobahn and selected BPs in areas with no Esso.

Since the switch is under way and Aral employees are still being trained to accept gas coupons, not all Arals are ready for the Americans. Though some locations may accept coupons, the exchange service is warning customers to ask attendants before fueling up.

McDonald said all autobahn Arals should be ready for coupons by June. All BP stations should get their neon Aral face lifts by the end of the year.

In 2001, Veba Oil announced that BP took over a majority of its stock but would keep the successful Aral name. Prior to that, Veba belonged wholly to energy group E.ON.

In January 2002, BP announced it would pay $1.63 billion and assume $850 million in debt for 51 percent of Veba. The company also said it was prepared to pay another $2.4 billion for the rest of the company.

In July, the European Commission approved the deal. The Federal German Cartel Office had also reviewed it.