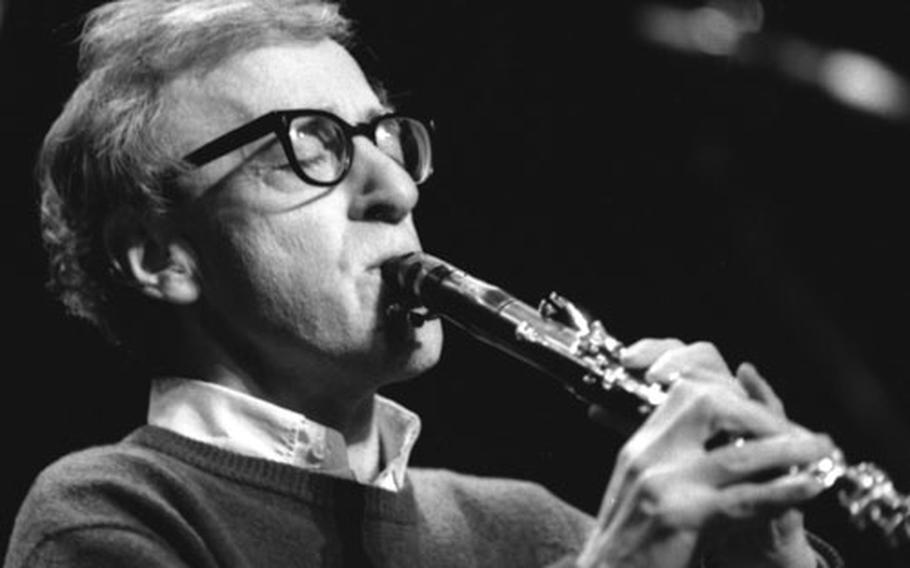 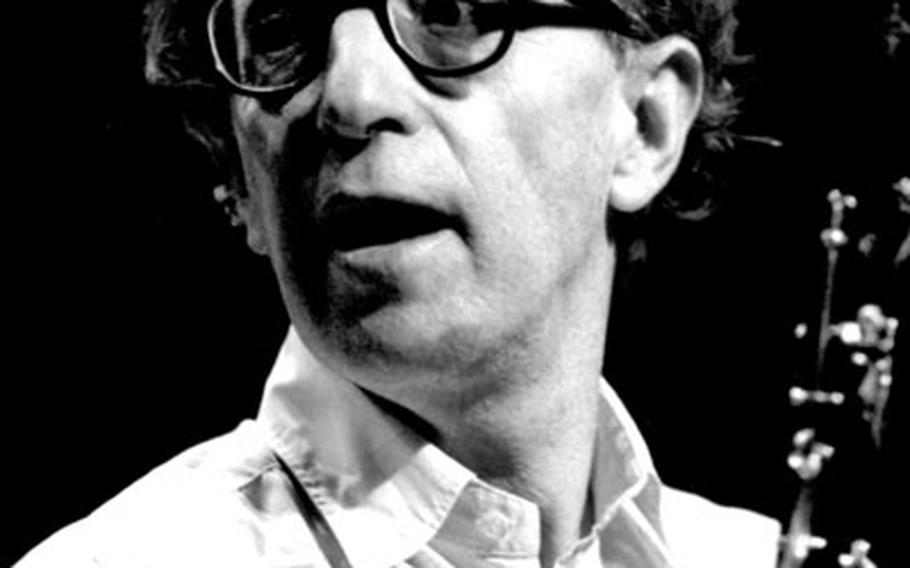 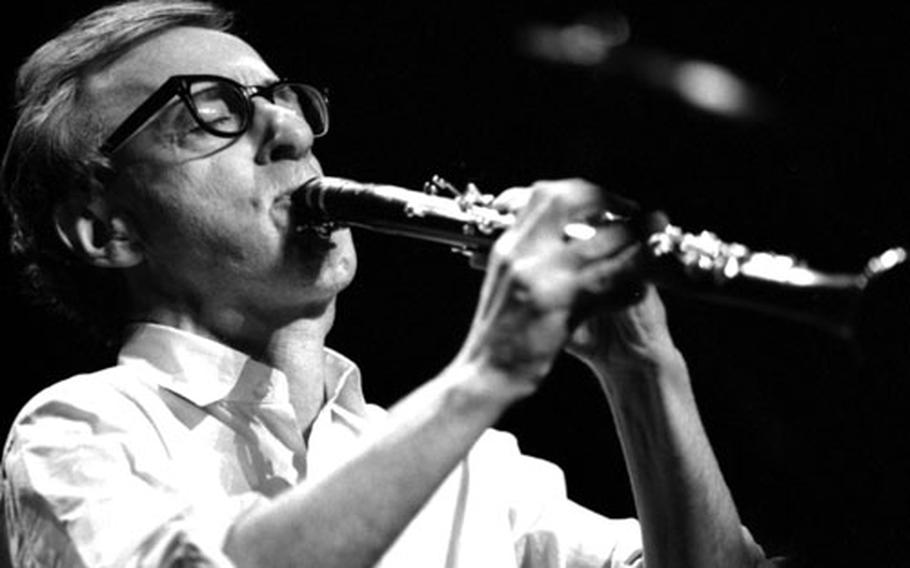 Down on the bayou, there developed a musical expression sometimes as muddied but always as spirited as the Mississippi River itself.

Up in New York City, motion picture actor and director Woody Allen escapes the turmoil that has muddied his own life by immersing himself into playing New Orleans jazz "because it pleases me."

Allen, who doesn&#39;t read music, taught himself how to play. He started out on the soprano saxophone before switching to the clarinet, which he plays regularly in a combo at Michael&#39;s Pub in the Big Apple.

Now, even though he is modest about his talent, he is headlining a group called Woody Allen and His New Orleans Jazz Band that features some of the biggest names on the contemporary "Nawlins" jazz circuit and which just completed a 14-European-city tour. The tour included seven stops in Italy, two in Spain and one each in Switzerland, Austria, Germany, England and France.

The Alte Oper in Frankfurt, the site of his Germany performance, is just the type of intimate venue that Allen sought for his seven-member ensemble. When he and the other musicians took the stage there last week, Allen entered wearing an olive green sweater over a white tieless dress shirt and beige trousers, and holding his beloved clarinet. Under the stage lights his wiry gray hair surrounded the heavy-rimmed glasses and familiar Allen facial features made him look just like his well-known caricatures.

Taking in the applause of the audience, he turned to musical director Eddy Davis and mouthed the words, "Wow, this place is packed."

Immediately warming to the audience, Allen explained that the group&#39;s selections for the night would be from songs that could be heard in the height of the New Orleans jazz period of the 1920s at town picnics, brothels and funeral processions, all centered around Bourbon Street. The group wasn&#39;t sure which numbers it would be playing, since it has a repertoire of some 200 songs and decides on stage which ones it will peform.

After urging the crowd to sit back and relax, Allen took a seat next to Davis, and the music began. Allen threw his right leg over his left, and started his left foot tapping rapidly &#8212; a posture he held during the majority of the performance &#8212; and tightly shut his eyes while forcing the music from his instrument. Allen appeared deep into jazz therapy. The sweater had been tossed and shirt-sleeves rolled up after the first set.

As a musician, Allen held his own, bringing out the best from his shining silver clarinet. For most of the concert he took his turn at solo time, but it was on Clarinet Marmalade that his talent was truly showcased.

During the night, Allen was amply supported by the grinning Davis plinking and plucking on the banjo, Simon Wettenhall&#39;s blaring trumpet and Dan Barrett&#39;s sliding trombone. Backing up the front four were john Gill on drums, Greg Cohen on a bass fiddle that towered over the group, and Cynthia Sayer, who played on a shiny black grand piano when she wasn&#39;t &#8212; along with Davis &#8212; carrying the lyrics.

While New Orleans jazz concentrates on its trademark sound, the lyrics accompanying some numbers are just as important, especially when injecting folksy appeal on such tunes as Ain&#39;t Gonna Give Nobody None of My Jelly Roll, I&#39;ll Be Glad When You&#39;re Dead, You Rascal You and When Erastus Plays His Old Kazoo.

During a duet by Allen on clarinet and Davis singing "Shine on harvest moon, for me and my gal," Soon-Yi Previn, who accompanied Allen on the tour, slipped largely unnoticed to the stage and took a few snapshots with a small camera. Previn is Allen&#39;s new lover and the adopted daughter of his former companion, Mia Farrow, from whom he split in an ugly separation in 1993.

Among the show&#39;s other highlights were an energetic C&#39;mon and Stomp (Those Blues Away) and as one of a generous half-dozen encore songs, Old Rugged Cross, played at a slow tempo and somberly accented by Gill&#39;s heavy foot-pedalling on his drum.