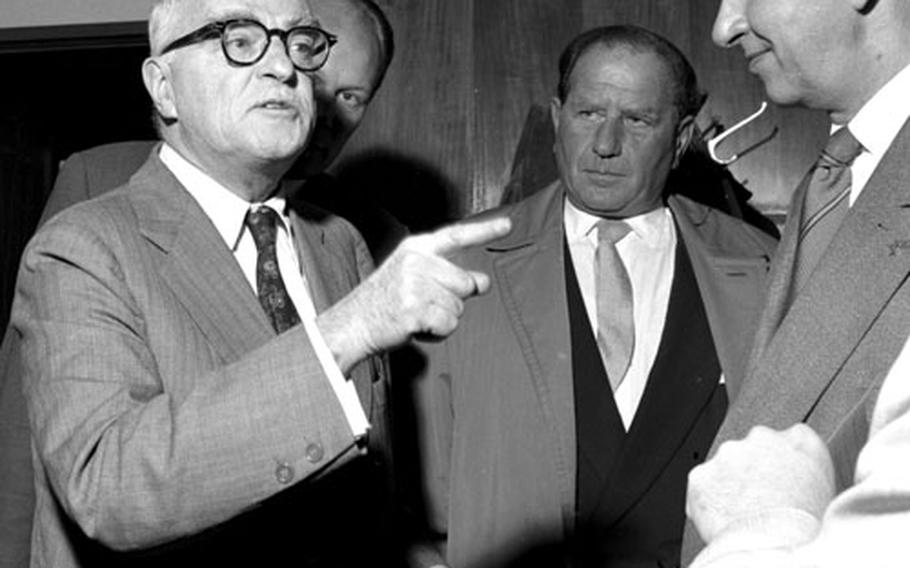 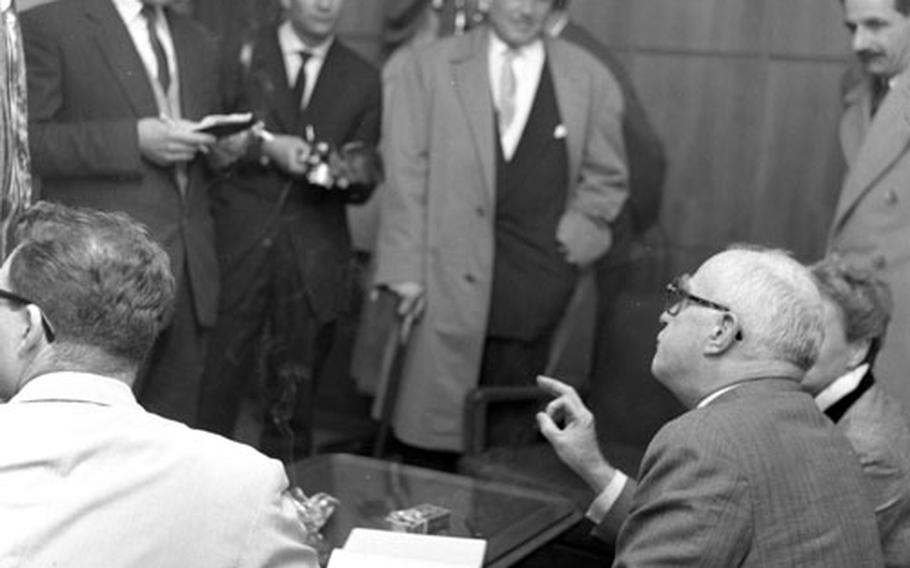 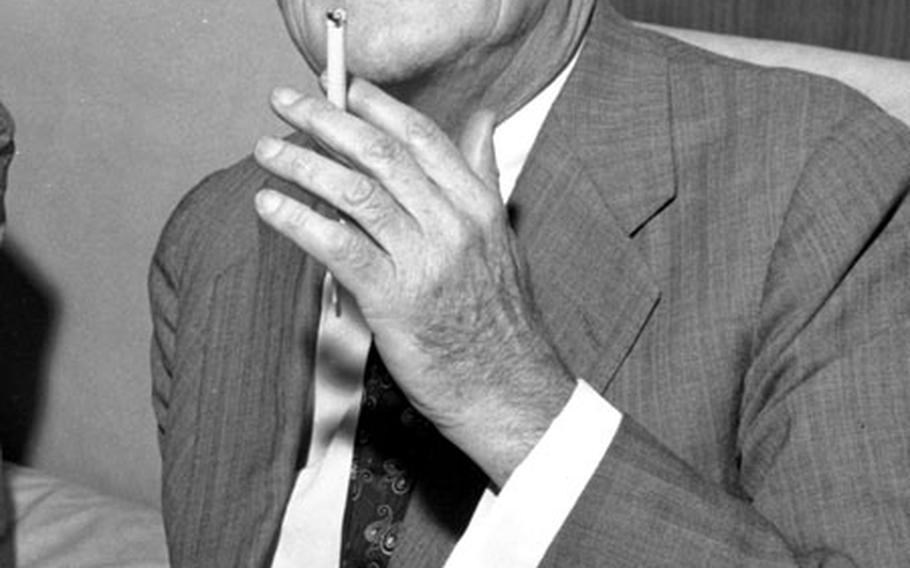 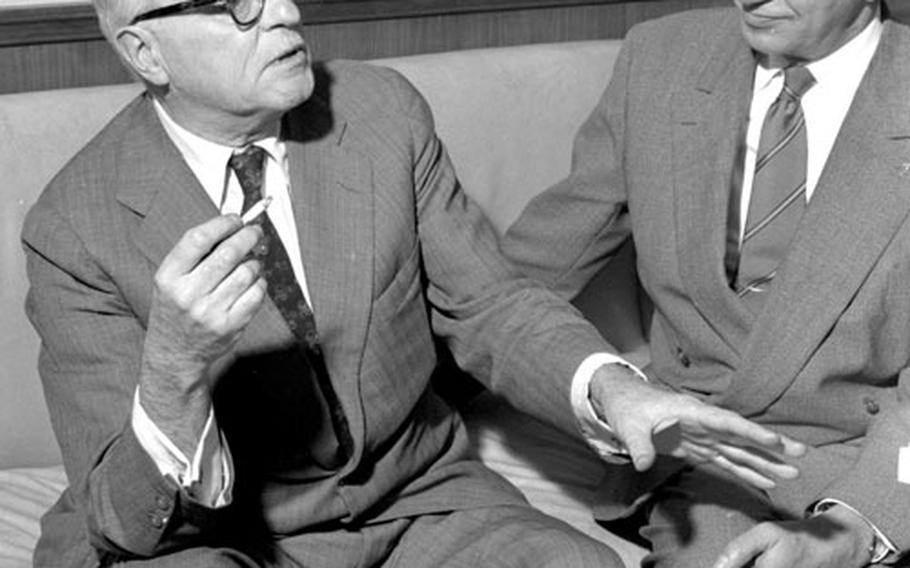 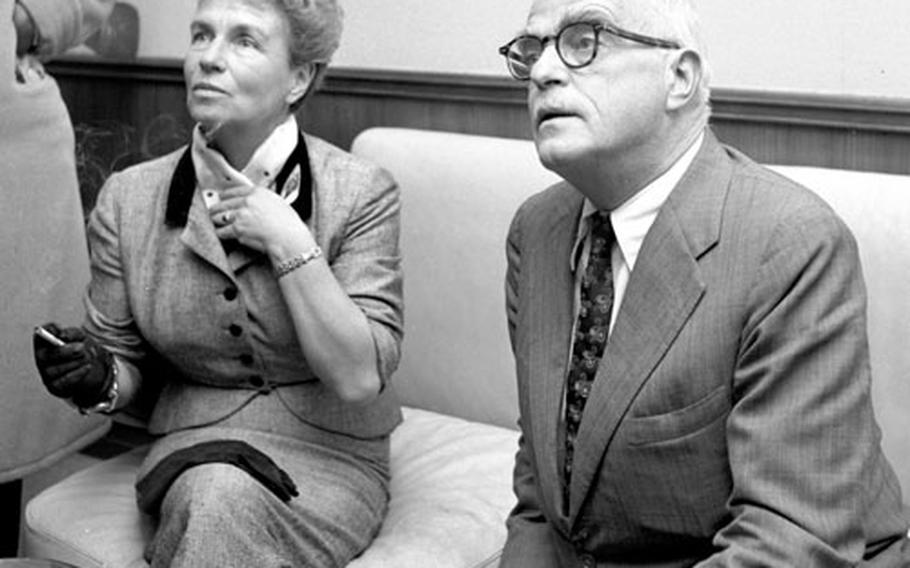 Thornton Wilder, after his arrival in Frankfurt in September, 1957. (Gene Bane/Stars and Stripes)

FRANKFURT &#8212; The U.S. has no outstanding white hopes among the current younger generation of playwrights, according to Thornton Wilder, elder American dramatist and author of successes as "Our Town," "The Skin of our Teeth" and "The Matchmaker."

Wilder, a dynamic 60, arrived Thursday at Frankfurt Airport from Berlin, where he has been appearing as author-performer, in his newest one-act play, The Wreck of the 5:25," and in an earlier opus, "The Happy Journey from Trenton to Camden."

The playwright appeared voluble with the representatives of the press on hand to meet him, but declined any radio or television interviews. He seemed nervous, and so concerned with what he had to say that he spent several moments trying vainly to light a broken cigaret.

"At present we have no dominant figure in the dramatic field," Wilder said, "although we have many good young American writers.

"We know that since Tennessee Williams, William Inge and Arthur Miller there are no newcomers to speak of between the ages of 35 and 45."

Asked his opinion of Francoise Sagan, the 21-year-old French authoress of such best-sellers as "Bonjour Tristesse" and "A Certain Smile," Wilder said: "I don&#39;t recognize the name Francoise Sagan." (Miss Sagan has not yet written a dramatic work.)

Wilder is visiting Frankfurt to receive a prize to be awarded by the German Book Guild on Oct. 6 at St. Paul&#39;s Church.

He said he is now working on a series of plays, each with a cast of four, based on the Greek style.