From the S&S archives: When in doubt, Blefary swings 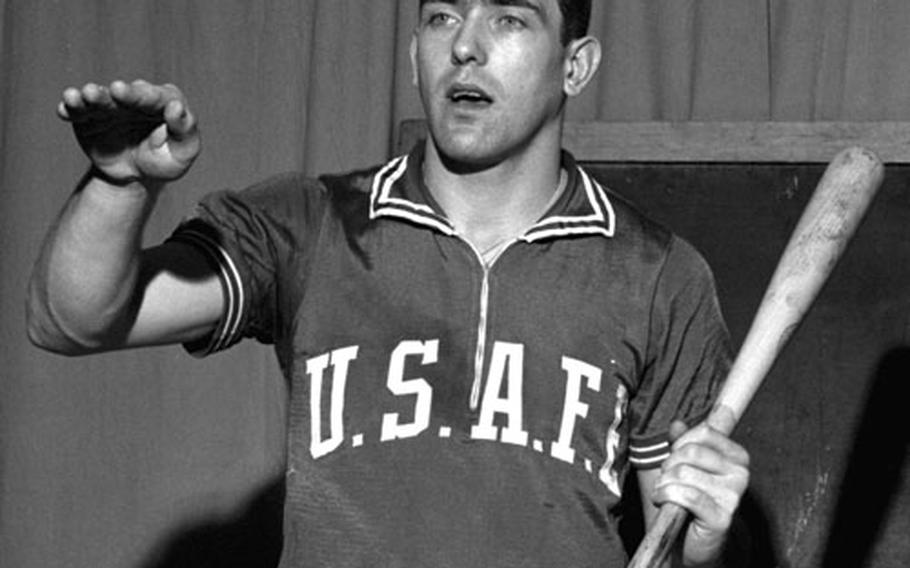 Curt Blefary of the Baltimore Orioles, the 1965 American League Rookie of the Year, at work during the USAFE clinic at Wiesbaden. (Lloyd Borguss / ©S&S)

Curt Blefary of the Baltimore Orioles, the 1965 American League Rookie of the Year, at work during the USAFE clinic at Wiesbaden. (Lloyd Borguss / ©S&S) 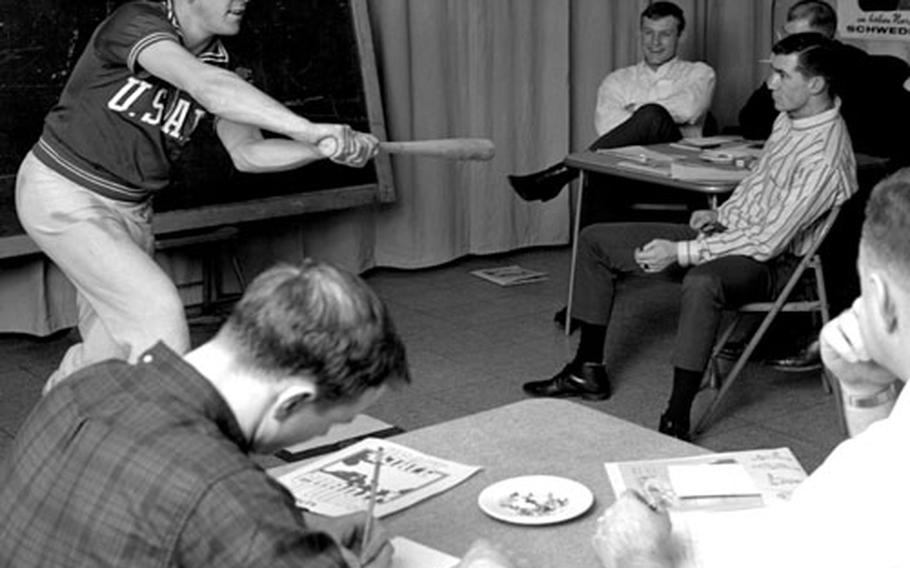 So saying, powerfully built and supremely confident Curtis Leroy Blefary tersely summed up the aggressive philosophy that helped lift him to the heights as the American League&#39;s Rookie of the Year in 1965.

Chewing energetically on a wad of gum and tugging occasionally at his sweat pants &#8212; which were generously adorned with large "W&#39;s" for his Alma Mater, Wagner College &#8212; Blefary regaled his hitting class at Wiesbaden Air Base with the basics of batting and a few insights into the lively character of Baltimore&#39;s young burly boy.

The 205-pounder, a former New York Yankee bonus baby whom the Orioles drafted out of the Yank farm system, was quickly called upon to pass judgement on headhunters, the beanball thrower.

Later, Blefary was asked if some pitchers didn&#39;t worry hitters more than others. The 22-year-old Oriole hesitated, then said, "When we hear that Sam McDowell (Cleveland) is going to pitch, I tremble. He&#39;s about 6-foot-5, 210 pounds, a lefthander (Blefary bats lefthanded), the league&#39;s strikeout leader and he&#39;s young and strong. He can really fire the ball."

From beanballs the conversation took a turn toward spitballs. Blefary remarked, "I don&#39;t know hew many spitters you have here, but we have plenty up there &#8212; and good ones."

Blefary cited the Yankees&#39; Pedro Ramos as having a spitter that "drops like it&#39;s get a 10-pound weight on it."

Curt added that "no matter what you hear, these guys use a spitter." He described the technique employed to moisten the fingers and keep them wet, and then said a trifle wistfully, "but you can&#39;t catch the guys at it."

Blefary said that Kansas City&#39;s John Wyatt favors use of vaseline to slicken the baseball. "He&#39;s got more vaseline en him than a new-born babe," Blefary said, "and he never touches himself in the same place twice in a row. He&#39;s here ... here ... here."

When class at the 1966 USAFE Baseball Clinic was over, Blefary lighted up and talked a bit more about himself and his first-year success &#8212; particularly the confidence angle.

Blefary currently is a senior at Wagner College, studying mental retardation. "I love kids," he said. Married just a shade over a year, he is eager to get back to the States, his bride, and the upcoming season.

Blefary&#39;s education is ironically being financed by the Yanks, and, while he is grateful that they are fulfilling their end of a bargain made when New York originally signed him, Curt hasn&#39;t shown it on the field. Of his 22 homers last season (he batted .250 with 70 runs batted in and a valuable 88 walks), four were clouted in Yankee Stadium, where he also drove home nine runs.