From the S&S archives: Welcome back, John 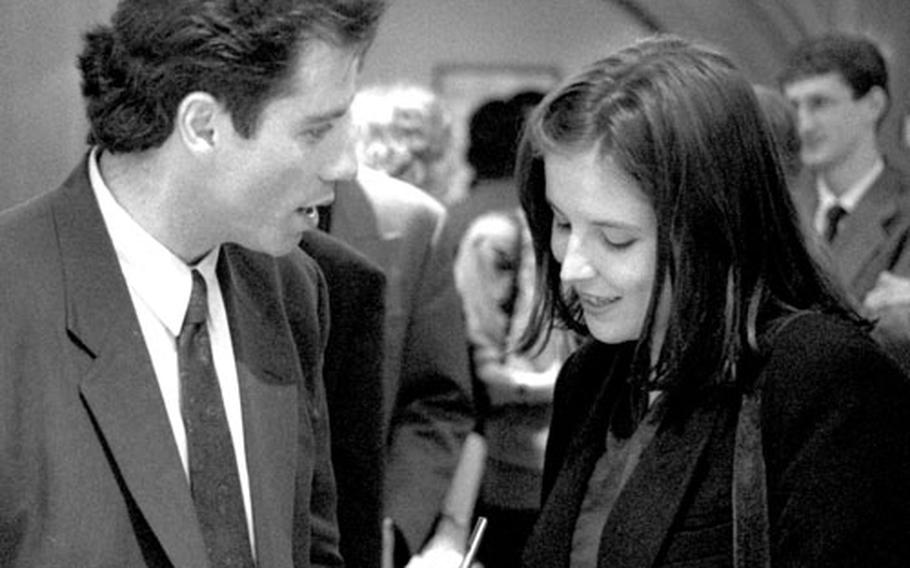 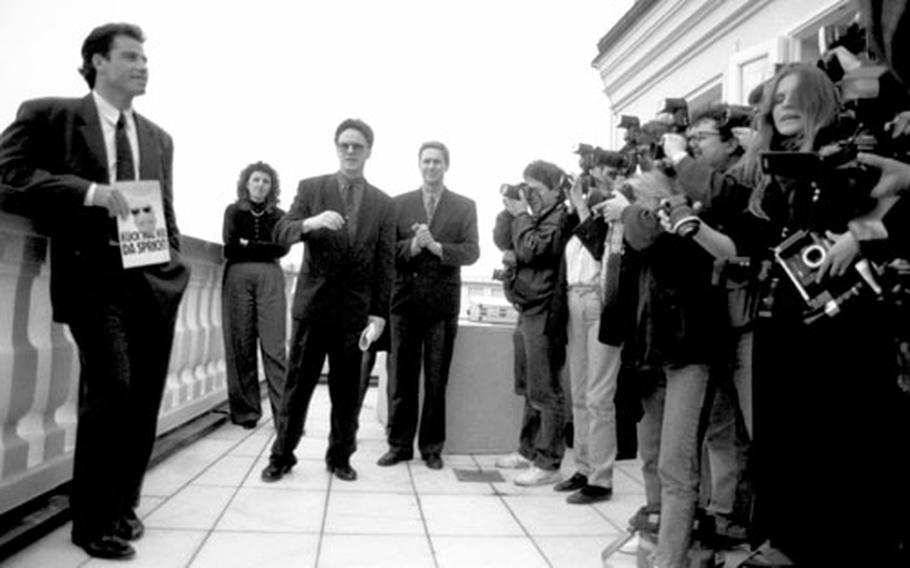 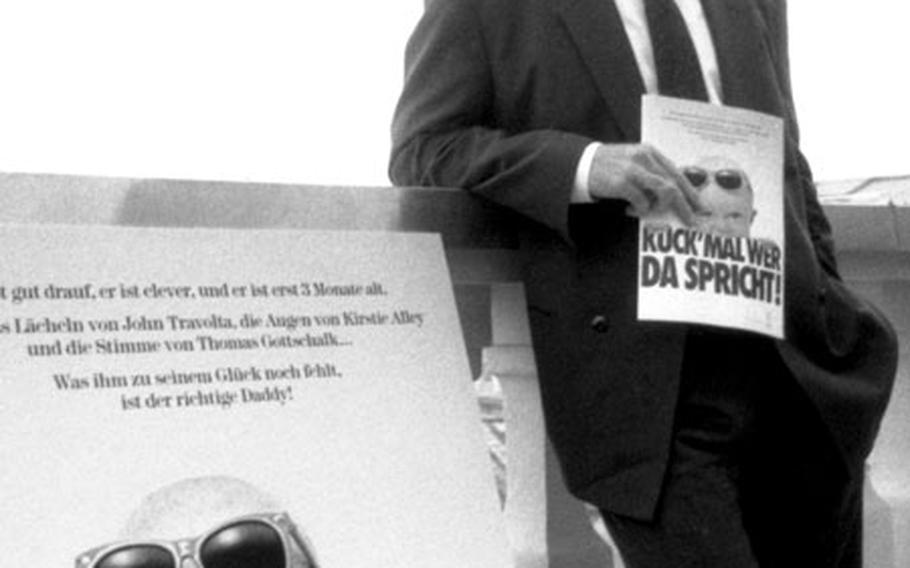 Buy Photo
John Travolta meets the press in Munich to promote the German release of , in 1990. (Steve Taylor / ©Stars and Stripes)

SOMETIMES, if you keep trying, it&#39;s bound to happen.

What has catapulted the 35-year-old actor into the limelight again is Look Who&#39;s Talking, a movie that has grossed more than $115 million in the United States at last count.

Look Who&#39;s Talking has become highly successful for Travolta, who was recently in Munich to promote .the movie&#39;s West German release.

According to Columbia Tri-Star, which financed the making of the film, the movie has had the biggest opening of any American comedy in French history. Britain was the same. The film grossed more than $2 million in its first weekend.

"It&#39;s been phenomenal in Europe," Travolta said of the opening week. He expects the movie will continue to be an "enormous success" on the Continent.

Look Who&#39;s Talking is about a young mother, played by Kirstie Alley of TV&#39;s Cheers, who&#39;s looking for a marriage-minded man. Travolta plays a New York cabbie who seems to fit the bill. The twist, which makes for a whimsical comedy, is the observations of the mother&#39;s infant son, verbalized through the voice of Bruce Willis.

Travolta hopes he&#39;ll have no more hip-gyrating roles like those that brought him fame in such movies as 1977&#39;s Saturday Night Fever and 1980&#39;s Urban Cowboy. Nor does he wish to be locked into the type of part he played as dumb, good-looking Vinnie Barbarino in the 70s TV series Welcome Back, Kotter.

That&#39;s all in the past. Travolta is looking for dramatic roles to show off his skill as an actor. He feels the part he played in Look Who&#39;s Talking was perfect.

"This character is like my personality. What you see is more like myself" than other roles he has played, he said.

In meeting the soft-spoken Travolta, it&#39;s evident that a comedian lies just beneath the surface of the self-assured and calm demeanor. You can see it in his eyes and by the smile that comes quickly

But Travolta wants to branch out, extend his repertoire beyond comedy. His next two movies, already filmed, fit in with his plans.

In Chains of Gold, scheduled for release in the United States this month, he plays a social worker who battles the drug scene, and in Tender he plays an alcoholic father. Tender is due out later this year.

Is Travolta trying to make a statement, considering the theme of these latest films? No, he said. They were just "the best roles at the time."

Travolta said he picked them first for interest, then for the "good dramatics."

"It just happened that they also had something to say," he said.

What can be said now of John Travolta? A recent issue of People magazine starts "Look who&#39;s talks now about John Travolta. Hollywood."