From the S&S archives: Trygve Lie stops at Rhine-Main on way to Prague 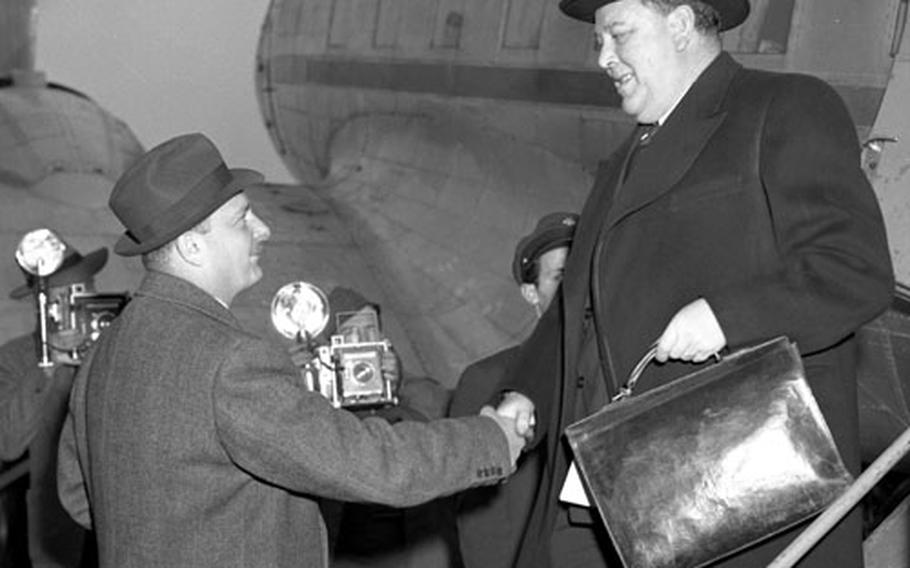 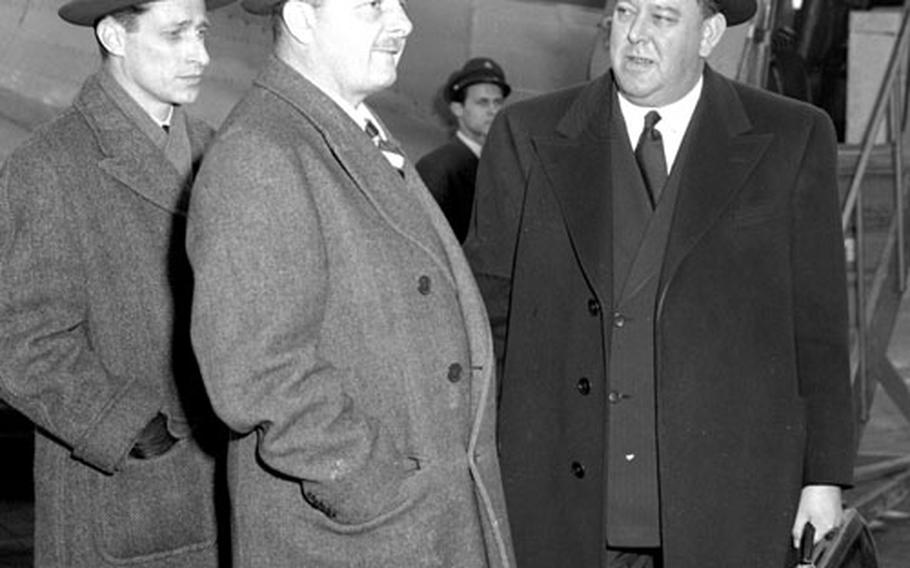 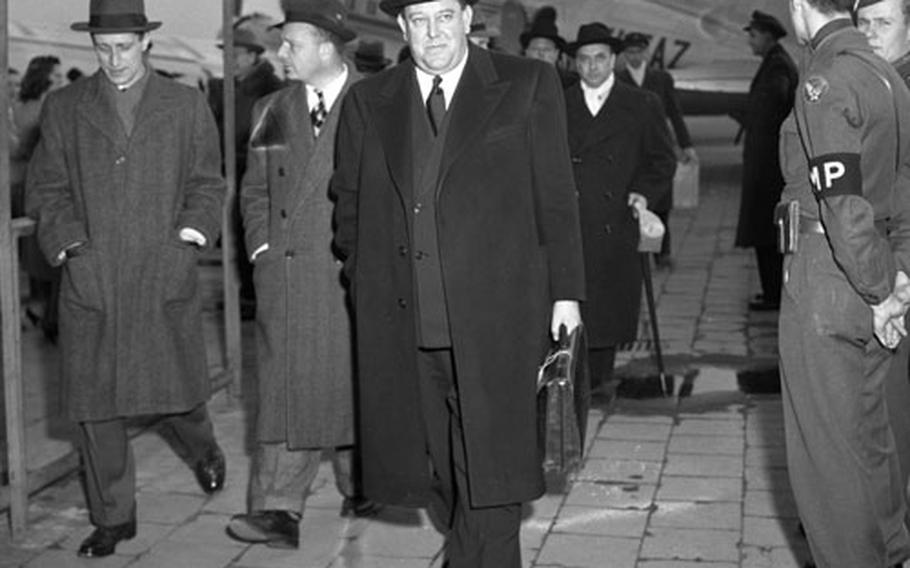 FRANKFURT &#8212; Trygve Lie, secretary general of the United Nations, en route from Amsterdam to Prague, landed at Rhine-Main Airport this afternoon after bad weather had prevented his landing in Prague.

Lie, who recently completed inspection of Brussels and Geneva as possible sites for the next general session of UN, was accompanied by William H. Stoneman, former Chicago Daily News correspondent, now his personal assistant.

Lie declined to comment on the results of his inspections and said his visit to Prague was to he a "personal call" on Jan Masaryk, Czech foreign minister.

Lie and Stoneman plan to leave for Prague tomorrow morning if the weather there improves.