From the S&S archives: Top marcher has medals to prove it 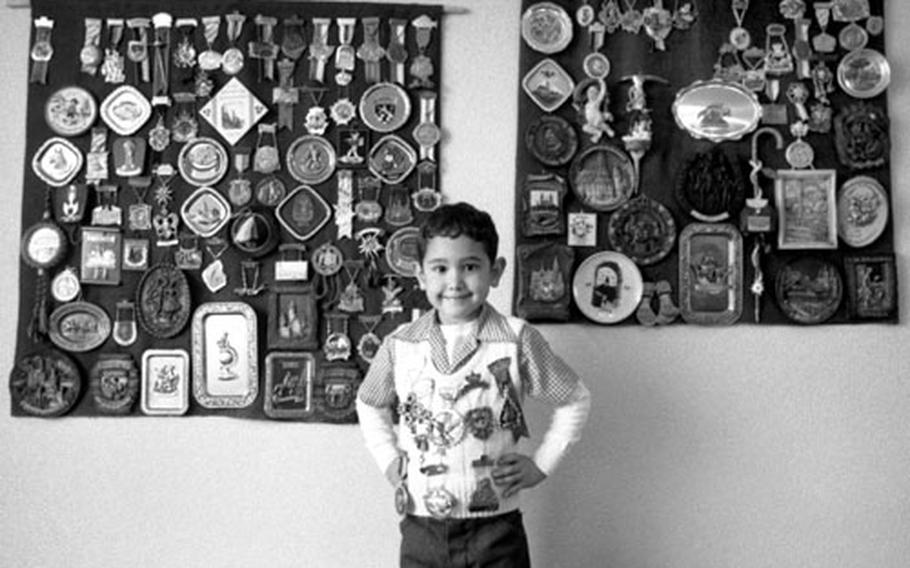 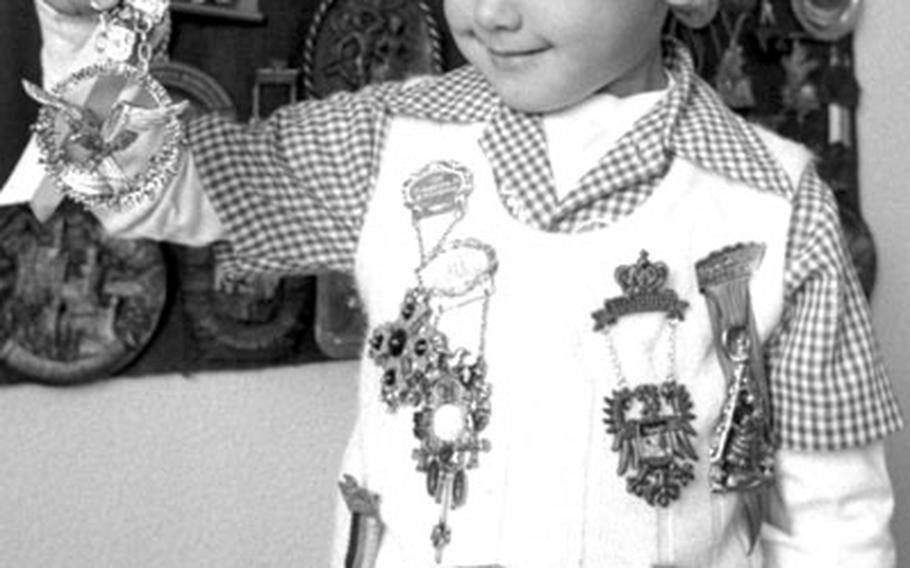 REGENSBURG, Germany &#8212; "Volksmarching makes one not get so fat," said Chuckie Tansey, the 5-year-old prince of Regensburg volksmarchers.

Chuckie, who attends kindergarten, has been on 138 volksmarches and has earned as many medals. The little hiking prince has walked 2,304 kilometers (about 1,400 miles) in the past 2&#189; years, his father said.

"I like to go on volksmarches," said Chuckie, while also advising the photographer how to picture him in front of all his medals.

His statements seemed logical &#8212; something every 5-year-old Volksmarcher would worry about.

"I tell my friends that they should go on volksmarches, but only two of them go," Chuckie said.

"I like to run in front of my mom and dad," he said, looking down at a sweater with a number of his favorite medals pinned to it.

The bemedaled prince offered some volksmarching advice for other children his age who might be considering the hobby of weekend trekking around Germany.

"Every young volksmarcher should have a red and white plaid shirt to wear." He has one with his volksmarching patches &#8212; each representing a distance he has walked &#8212; sewn to it.

"I love root beer ... but on volksmarches I have to drink lemonade. The Germans also sell beer. I like to eat the wurst and br&#246;tchen."