From the S&S archives: The Who tell why Pete Townshend (foreground) and Keith Moon of The Who, onstage in 1972. (Andrew Tevington / ©S&S)

Pete Townshend (foreground) and Keith Moon of The Who, onstage in 1972. (Andrew Tevington / ©S&S) 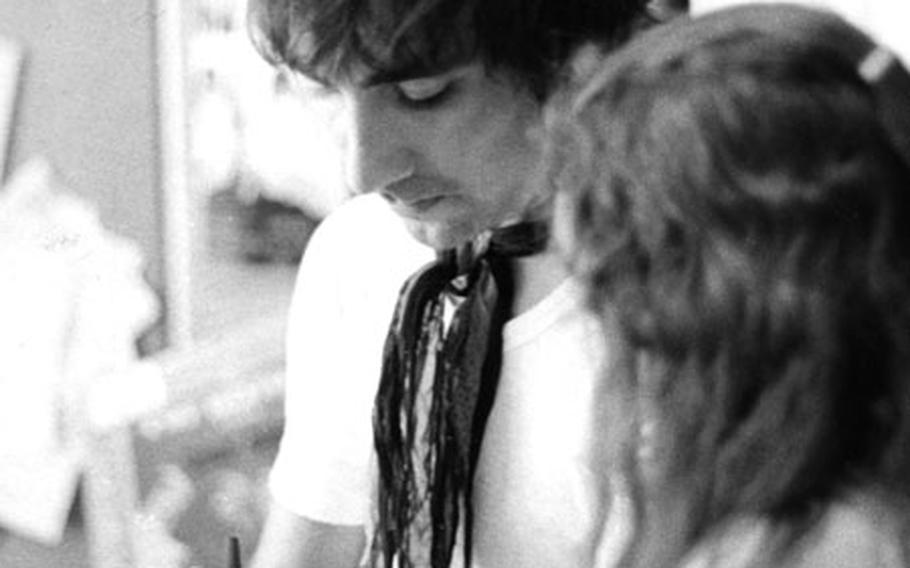 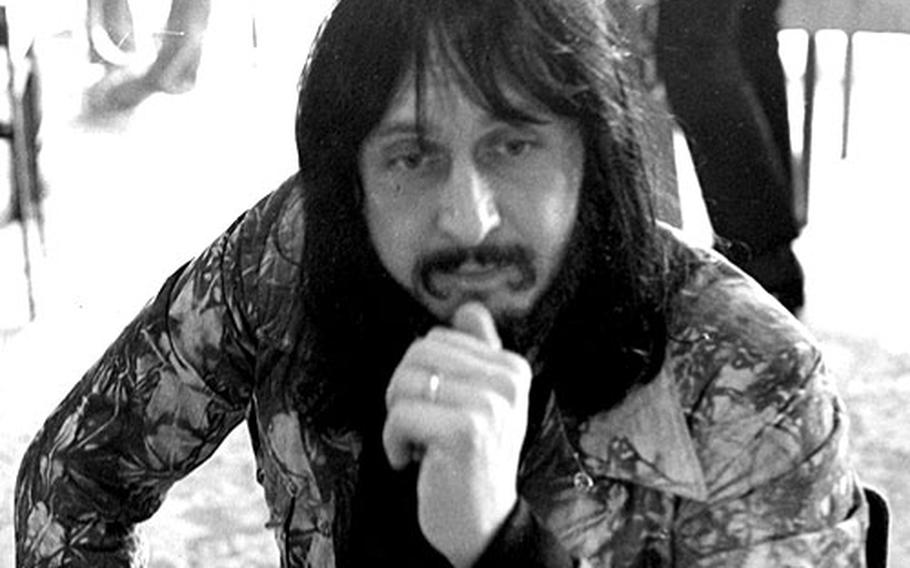 IT&#39;S A MAD, MAD, MAD world when you&#39;re visiting with that lively British rock group, The Who.

The veteran musical foursome were guests of honor at a "press pour" hosted by their recording firm, in Frankfurt, to mark the start of their first continental tour in two years, and a return to work after a seven-month break.

AMONG THE HIGH jinks performed by the quartet was a press agent&#39;s gimmick of tapping a keg of German beer. To the delight of photographers, the foamy brew burst skyward, spinning onto the white ceiling of the swank hotel dining room.

To the further consternation of an unamused hotel official, drummer Keith Moon proceeded to dry the suds off his hands on the drapes.

The talented troupers seem to have an innate sense of flamboyant theatricality, which partly explains the excitement they ignite among music fans and critics alike.

The Who, Rolling Stones and The Kinks are the only survivors among the super rock pop groups from the early days of the British rock.

"HOW DO YOU explain it?" says Pete Townshend, lead guitarist, "Your just keep doing the best you can, and give the audience what it wants. We&#39;re continually trying for a new sound, a new statement."

Not only have The Who shown remarkable staying power in a genre that has seen hundreds of pop combos form and disintegrate, but their 1969 rock opera, "Tommy," opened up many more important doors in the future development of rock music.

"Yeah, when we first started out," mused lead singer Roger Daltrey, "I didn&#39;t think we would last more than five years."

The 28-year-old Daltrey, who is the eldest member of the musical group, is also the one with the simplest tastes. An antique car buff, the shaggy blond star says that he has been relaxing for several months at his country home in Northern England.

"I prefer rural folks because they&#39;re less complicated," he continued. "And I like country living. I also enjoy your American country music."

The vocalist then proceeded to tick off the names of C&W artists he mast admires &#8212; Jerry Lee Lewis, Kris Kristofferson and Bobby Bare.

"COUNTRY AND FOLK music are very close to rock," Daltrey explained, "You see, it&#39;s only a lyrical thing ... to turn a folk song into rock &#39;n roll, you only change about three things ..."

Obviously, The Who also admire the 1950s rock-and-roll that emanated from the States. One of. their biggest hit records is a revival of Eddy Cochran&#39;s "Summertime Blues."

Their most famous works are the "Live at Leeds" album, and the group&#39;s rock opera "Tommy," the story about a blind, deaf and dumb pinball wizard, which they first performed at the Metropolitan Opera House in New York City in 1969.

"It was really great to play music that finally meant something on stage," recalled Daltrey.

The fourth member of the band, John Entwistle, bass guitarist, agreed that it&#39;s satisfying to have produced such a critical success, "but for a change, I&#39;d like to hear someone rave about our latest LPs."

The 26-year-old musician stroked his Fu Manchu mustache, then continued to explain that the quality of rock music today seems to depend on who&#39;s evaluating it. Some rock pros who have been around through rock&#39;s rise to dominate contemporary worldwide popular music, says Entwistle, seem to get a morbid satisfaction out of saying the creative thrust is dead &#8212; and the whole range of product now is nothing but a bore.

Although he agrees there are many different kinds of rock evolving now, Entwistle feels there&#39;s an audience for all of it.

"NOTHING IS being neglected now, and that&#39;s why it&#39;s so competitive," he continued, "rock is about channeling energy. It can stop violence by drawing bad energy."

Daltrey interjects that because The Who&#39;s performances are frenetic and violent, they tend to exhaust the audience as well as the artists.

"We draw the violence out of people," he added.

Townshend, 27, who many regard as the leader and real musical expert of the foursome, feels that the rock scene today is pretty fairly divided into hard and soft rock with other permutations working within those frameworks.

(Hard rock is popularly represented by sited other groups as Led Zeppelin or Deep Purple, while soft rock includes the sound of Cat Stevens or Elton John.)

Daltrey noted, "Well I hope rock doesn&#39;t get any more mellow. I think it&#39;s become too mellow myself, and I hope it goes the other way."

Both Townshend and Entwistle have made solo records. Daltrey says he might try doing one soon.

With a gap-toothed smile, Keith explains he&#39;s looking forward to the 16-city tour, and just getting back to work. But the 26-year-old drummer is puzzled as to why there are always more men than girls at The Who concerts in Germany;