From the S&S archives: The Pogues switch front men without dropping a beat 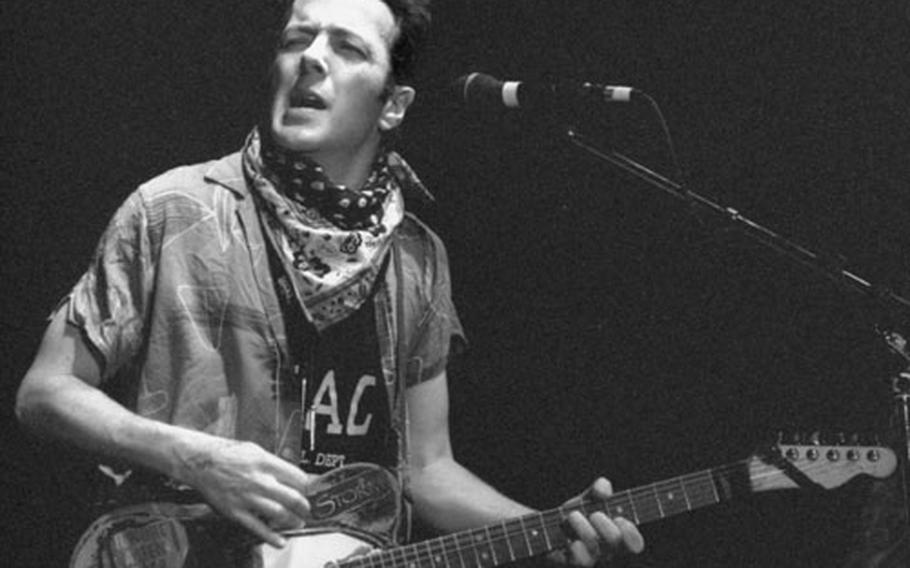 Sounding like mourners at an Irish wake, hundreds of Pogues fans wailed in unison as they waited for the start of a recent concert at the Stadthalle in Offenbach, Germany.

But they knew they weren&#39;t going to get Shane MacGowan, the charismatic front man of the British/Irish folk-punk band the Pogues.

It was in the newspapers, it was on MTV: Due to health reasons, the hard-living, hard-drinking MacGowan was out, and Joe Strummer of Clash fame was in.

As a replacement for MacGowan, Strummer was the logical choice. He had produced the Pogues&#39; last studio record, and had joined the band on guitar on a previous concert tour. The problem was convincing the hard-core fans.

After the opening number, the rollicking If I Should Fall From Grace With God, only a few "Shane" cries could still be heard.

And after the third song, Strummer silenced those by jumping on the barrier in front of the stage and, referring to the remaining mourners, asked the crowd: "Who&#39;s going to help me beat these guys up?"

From then on Strummer and the rest of the Pogues &#8212; Andrew Ranken, Spider Stacy, James Fearnley, Philip Chevron, Jem Fine, Terry Woods and Darryl Hunt &#8212; were in control.

In true Pogue style, the musicians played their folk music &#8212; traditional and self-penned &#8212; at breakneck speed, rocking and rolling through a 24-song, two-hour "best of" set, that, thanks to Strummer, even touched on a few Clash favorites.

Strummer shared vocals with Chevron, Ran ken and Stacy as the band ripped through the Clash&#39;s London Calling and Straight to Hell, and such Pogues staples as The Sick Bed of Cuchulainn, Turkish Song of the Damned, Medley and the traditional concert sing-along Dirty Old Town.

With part of the crowd slam-dancing in front of the stage and the fans on the flanks trying out various jigs, it was definitely party time.

The gig ended with a four-song encore: A beautiful rendering of the traditional Star of the County Down sung by Stacy; I Fought the Law and Brand New Cadillac from Strummer&#39;s Clash days; and the Mexican-influenced Fiesta.

One thing missing from the concert was new material. MacGowan was the Pogues&#39; chief songwriter, and without him the future of the group is uncertain.

But for now, there&#39;s little to worry about. The Pogues with Strummer proved that it is still one of the best live bands around.