From the S&S archives: The Big Party 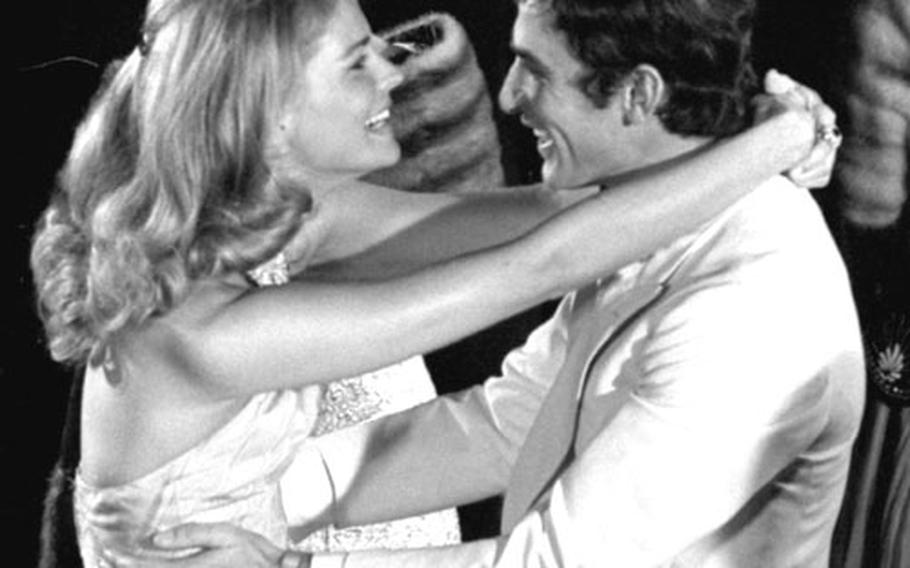 Buy Photo
Candice Bergen and Bekim Fehmiu dance during the filming of a scene from "The Adventurers." (Gus Schuettler / ©Stars and Stripes)

Buy Photo
Candice Bergen and Bekim Fehmiu dance during the filming of a scene from "The Adventurers." (Gus Schuettler / ©Stars and Stripes) 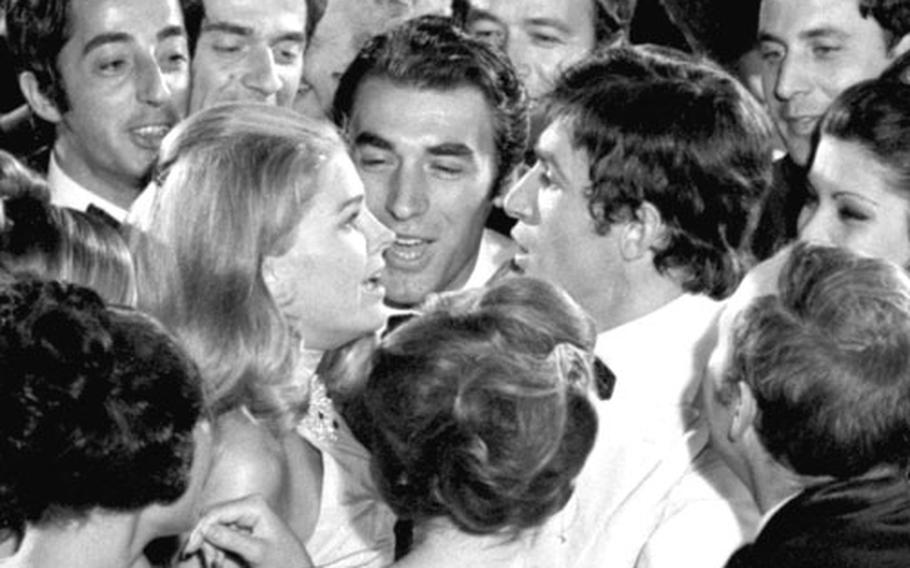 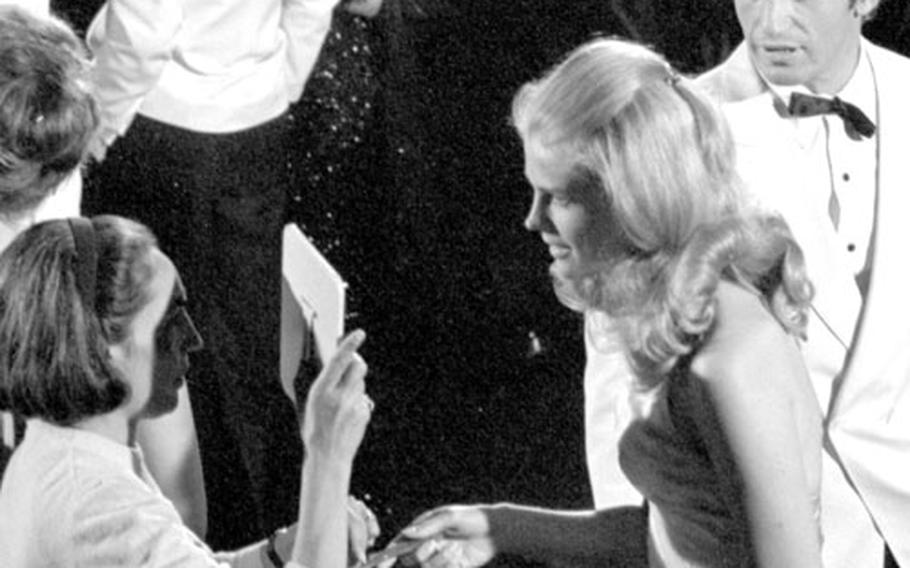 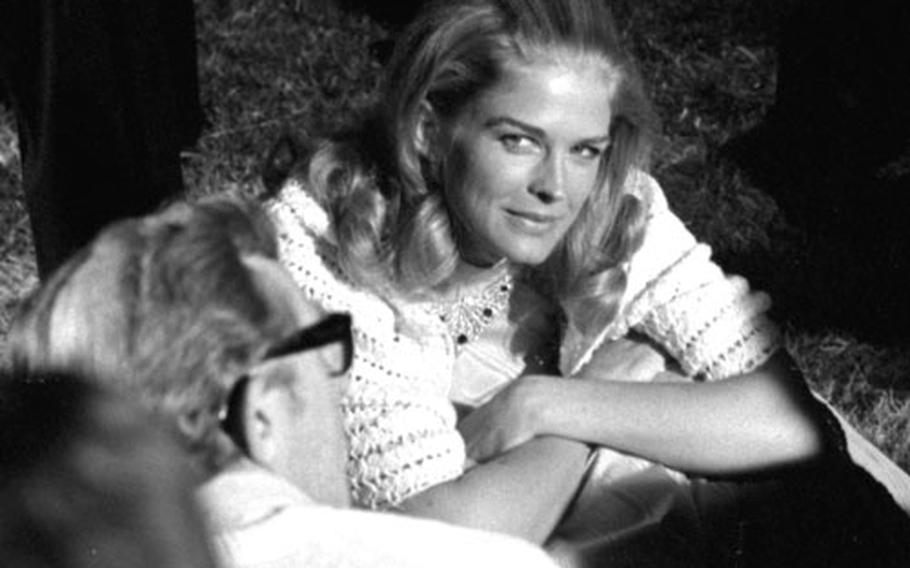 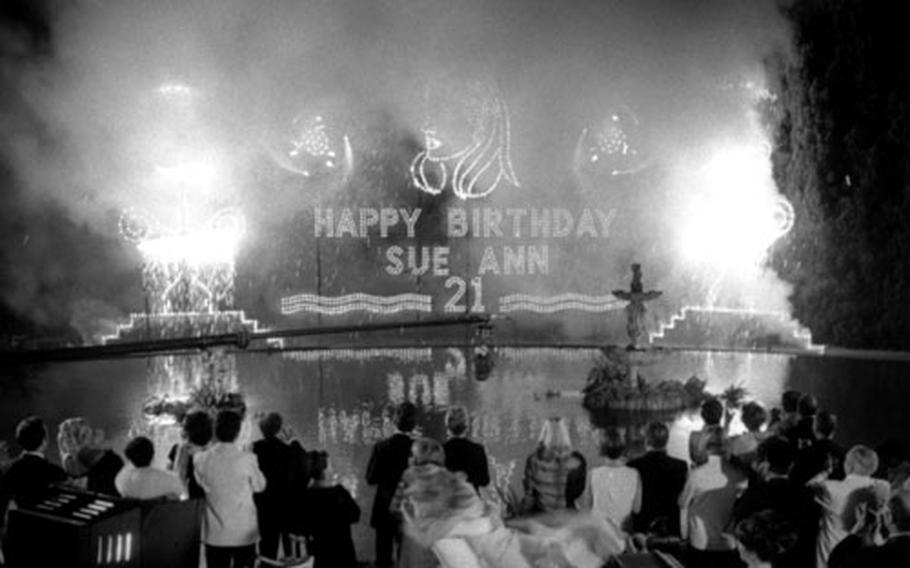 TALL Tony Masters, easily gazing over the heads of some 500 elegantly attired extras, murmured fervently, "Let&#39;s all do a little praying that the wind blows the right way or we won&#39;t see a thing."

The lanky Londoner was nervously awaiting another night of shooting for Paramount&#39;s screen adaptation of Harold Robbins&#39; sizzling novel about the international jet set, "The Adventurers."

British director Lewis Gilbert and his high-powered cast headed by Candice Bergen and Bekim Fehmiu had taken over a Roman villa high on the Eternal City&#39;s Monte Mario.

The night was clear and moonlit, but with a brisk breeze. It was the fourth straight evening session in a sequence about the spectacular 21st birthday party of Sue Ann Daley (Miss Bergen).

SINCE, in the story, Sue Ann inherited a multimillion-dollar fortune as she came of age, the celebration had to be appropriately extravagant.

That&#39;s where the fireworks and art director Masters came in. And if the breeze blew the smoke toward the cameras, the whole effect would have been ruined.

The idea was to capture the colorful greeting to Sue Ann spelled out in flashing fireworks on a poolside framework featuring a giant profile of the heiress&#39; stunning features.

The company&#39;s prayers were answered, and Candice and Yugoslav newcomer Bekim warmly embraced for the cameras before the explosive background.

By this time, Roman neighbors were no longer alarmed by the rip-snorting sounds, acrid smoke, and eye-popping illumination nightly emanating from the Villa Miani. Shocked citizens had called the city fire department the first night.

BUT ALTHOUGH the relaxing of the residents suited all concerned, there was a definite need to stimulate the weary cast and extras to simulate euphoric heights despite the long breaks in shooting. After all, it was supposed to be just one long mad night of merrymaking.

Consequently, the assistant director was required to try and banish boredom with rousing pep talks &#8212; with translations in four languages for the benefit of the international assemblage.

"I know you&#39;ve been here for three nights," he sympathized over the loudspeaker in his most consoling Cockney accent, "but remember it&#39;s just one minute past midnight, and you&#39;re having the time of your life at a party the likes of which Rome hasn&#39;t seen since the days of Nero.

As an exercise in psychology, the little speech worked, and everyone whooped it up to a degree worthy of such a gala gathering of "beautiful people."