Buy Photo
Sting holds up a photo of Brazilian children during a May, 1989 press conference in Tokyo. (Rob Jagodzinski / ©Stars and Stripes)

Buy Photo
Sting holds up a photo of Brazilian children during a May, 1989 press conference in Tokyo. (Rob Jagodzinski / ©Stars and Stripes) 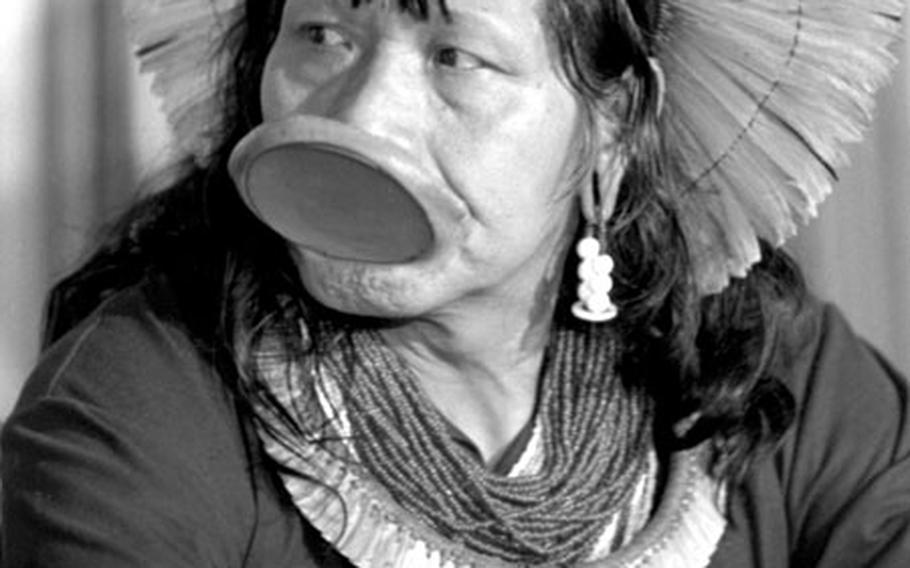 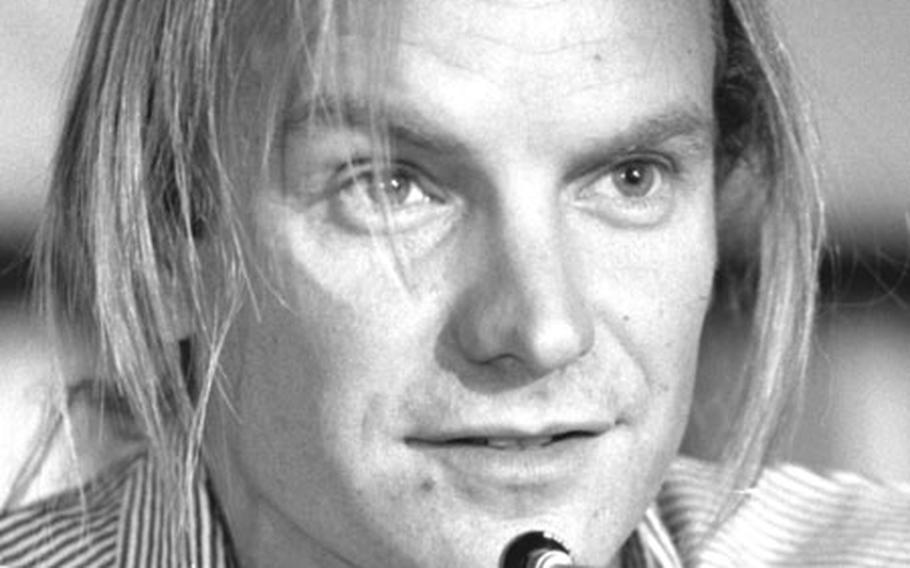 Buy Photo
Sting said he gor involved with the effort to save the rain forests after Raoni requested his assistance. (Rob Jagodzinski / ©Stars and Stripes)

TOKYO &#8212; British recording star Sting and Brazilian Rainforest Foundation members appealed this week to Japanese foreign ministry officials for cash to help save the Amazon wilds, but Japan has pledged no money yet, the group said.

A ministry official said, "Meeting with Sting and having a picture taken is not bad for Japan&#39;s image as a country concerned for the environment ... but the minister did not mean to imply that he would give financial support to the foundation."

"Other countries such as Holland, Norway, England and Spain offered concrete support," said photojournalist and foundation member Jean-Pierre Dutilleux during a press conference with Sting Wednesday. "We want $3.5 million from Japan. If Japan could make this gesture, it would show the world the country is putting its money where its mouth is."

Though the world&#39;s largest foreign-aid supplier, Japan also devours the largest amount of tropical wood &#8212; annually buying 50 percent of the world&#39;s exported tropical timber, using much of it for disposable items like chopsticks and concrete pouring forms. The Japanese bought 16,380 cubic yards of logs and 11,310 cubic yards of lumber from Brazil last year.

WORLDWIDE IMPORTATION of wood from Brazil, as well as slash-and-burn farming and over-ranching are killing the rain forests and displacing native tribes, Sting said. "Our organization is going to introduce (an) alternative. We want to create a model ... rain forest that protects the Indians, the wildlife, the trees, the rivers." The foundation will use the funds it gathers to mark the boundaries of a huge national park in central Brazil that will shelter the Indians and allow them to continue their traditional lifestyle, he said.

The land has already been set aside for the Indians, but its borders have never been clearly defined.

The foundation needs an initial $4 million to mark the borders of four parks, the combined size of which is about half that of Japan.

Part of the money taken in will also be used for airplanes, boats, forest stations and observation towers. A buffer zone will also be set up around the park where rubber and fruit trees will be planted &#8212; the harvest of which will keep the reserve running.

"THE MOST IMPORTANT thing is that it can sustain itself economically," Sting said. "There are sustainable uses for the forest much more efficient than ranching or logging."

Raoni, a native Brazilian Indian of the Kayapo tribe, is traveling with Sting as well.

"The problem is with the farmers, loggers and gold prospectors who are destroying the land," Raoni said. "Many times we have asked the Brazilian government to demarcate the land, but have received no help (until now)."

Sting said he got involved with helping save the rain forests after Raoni requested his assistance. He is holding no benefit concerts while in Japan and said he will not use his experiences with the rain forest movement as material for an album. "The more I learn about this problem the more I see how complex it is. Songwriting is just the opposite &#8212; compressing your ideas into bits of propaganda."