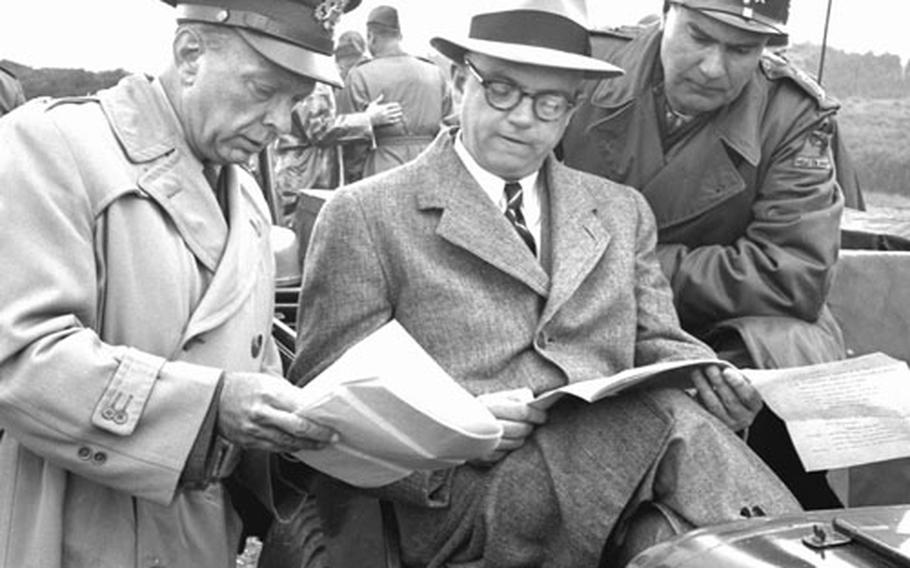 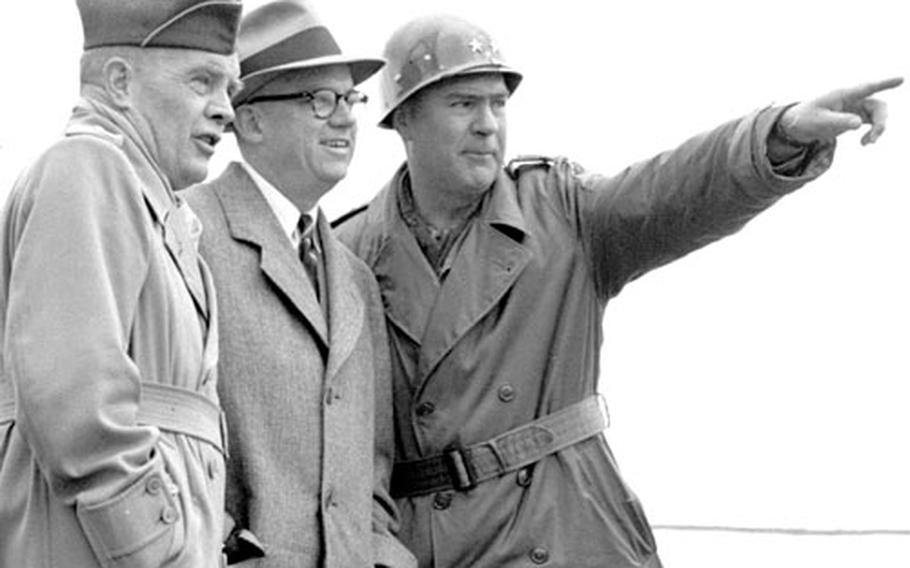 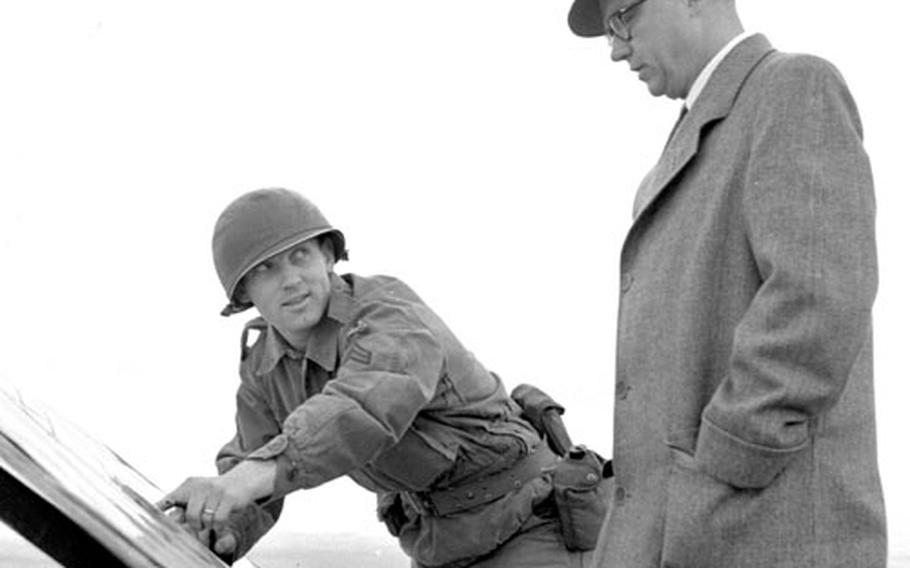 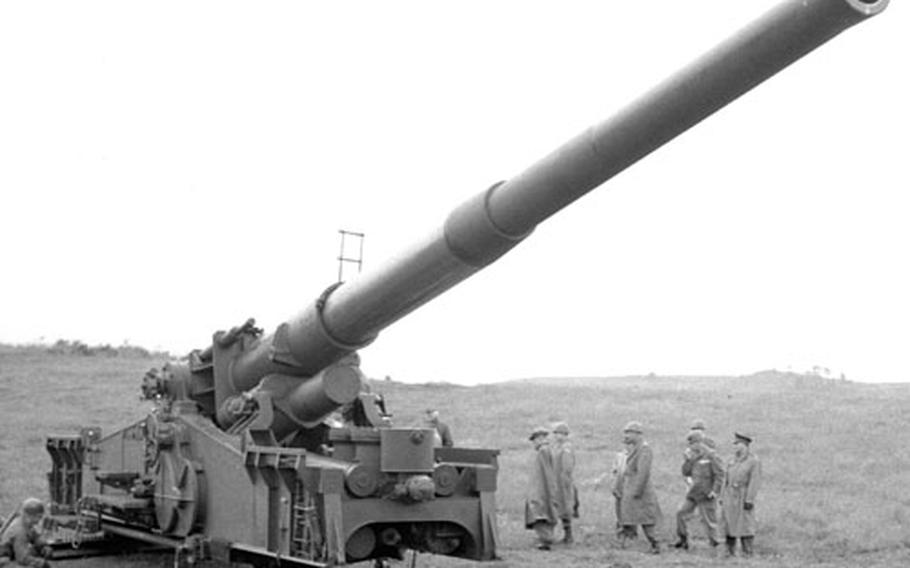 BAUMHOLDER &#8212; Army Secretary Robert T. Stevens spent the day in the field with the men of the 2d Armd Div today, observing just about everything in the division&#39;s operations.

Despite cold weather, punctuated by frequent showers, the Secretary remained outdoors for almost his entire stay here, donning a poncho when the rains came.

Asked whether the tour might have been "too rugged," Stevens said, "I was so absorbed that it didn&#39;t seem rugged at all. I could have gone on for a couple more hours.&#39;

When someone interjected that "You must be in good shape." Stevens countered quickly, "In this business, you have to be."

Asked his impressions of his visit here, Stevens said: "Though it is not as large as some training areas in the States, I think the facilities here are excellent. The status of training is good. I saw a number of exercises today and I&#39;m very pleased with the operations here.

"It certainly has been a very interesting and stimulating experience to get back in the field with the troops. The equipment I saw in action today seems to be right up to snuff. Improvements are being made all the time, of course, but what I saw today was splendid."

Arriving here from Heidelberg at 8 am, the Secretary was greeted by Maj Gen L. L. Doan, 2d Armd Div CG.

Stevens then viewed a display of armored division vehicles and the installation of a new-type propelled assault bridge. A gun battery drill team of the 868th FA Bn, 42d FA Gp, then put on a demonstration with the 280-mm cannon.

Rounding out the morning half of his visit Stevens observed a mock assault by the 57th Tk Bn. He watched the unit&#39;s M47 Patton tanks storm an "enemy" position, employing a smoke screen and armored personnel carriers.

After lunch, Stevens witnessed a demonstration of 2d Armd communications equipment and maneuvers by the 82d Recon Bn. He concluded his visit with an inspection of 12th Armd Inf Bn troops preparing for a field test.