From the S&S archives: Steelers amazed by Japan players 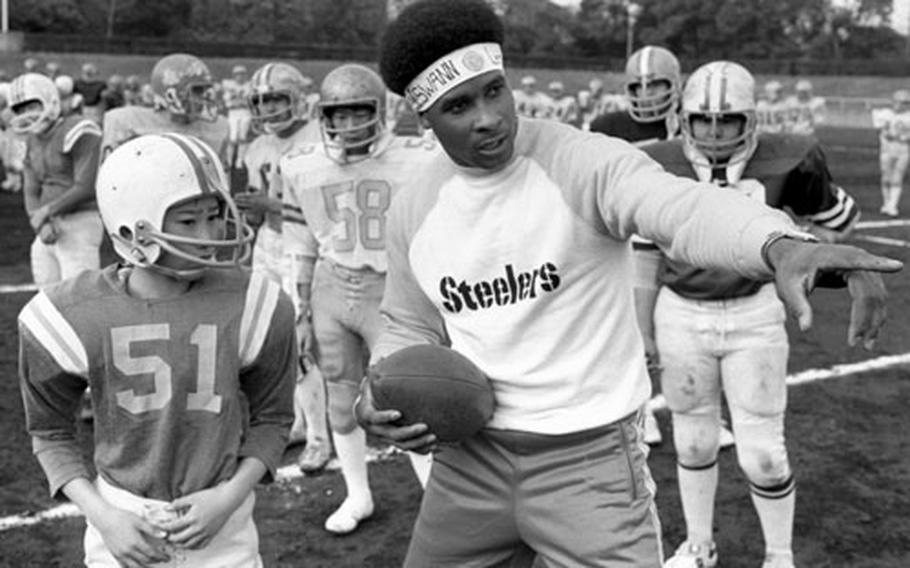 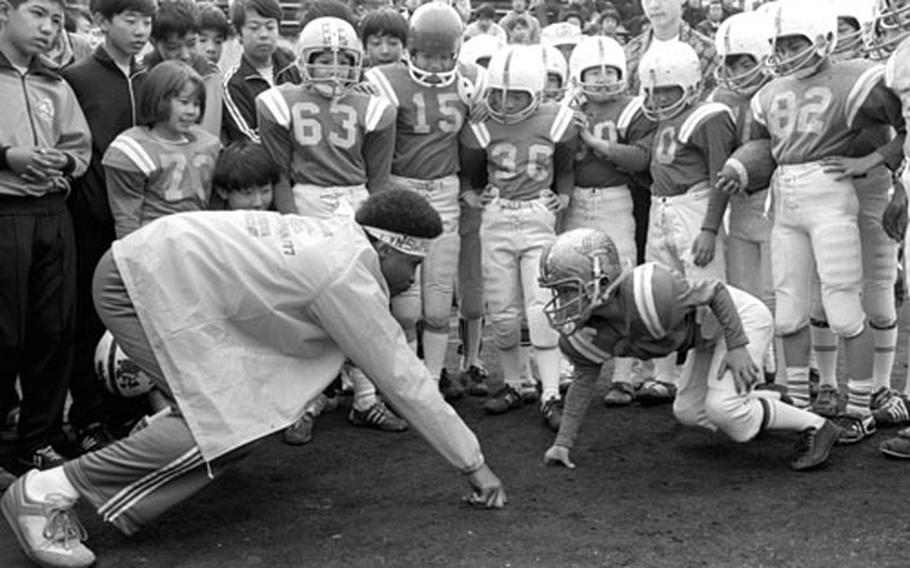 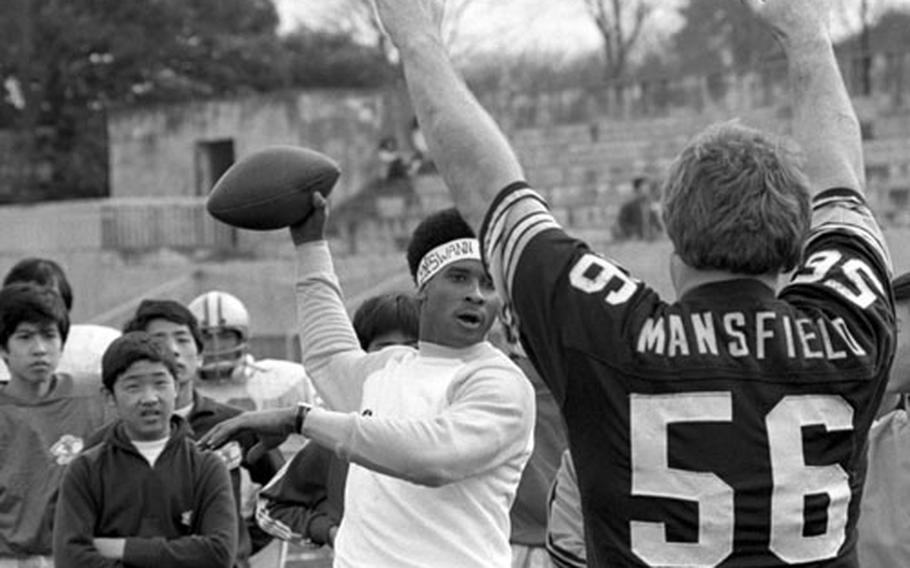 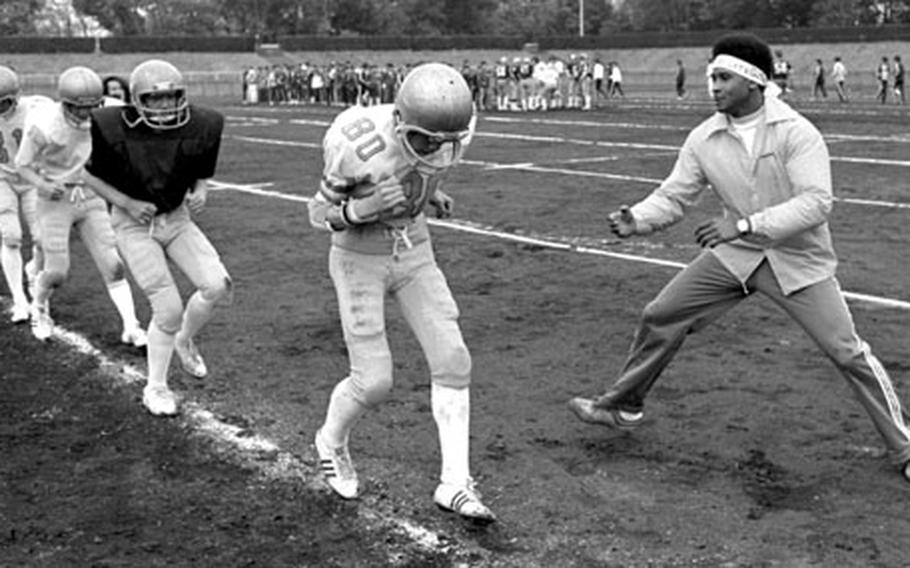 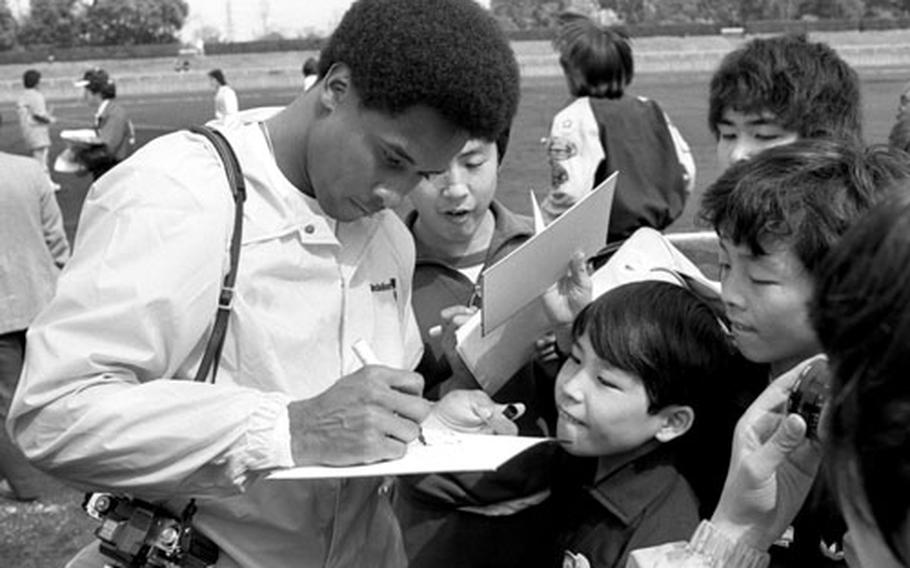 The two and a half hour school session was highlighted by a special bouquet presented by Japanese star singer Kumiko Ohba, "specialty" performances by center Mansfield, linebacker Russell and wide-receiver Swann and American football "good fellowship" by more than 250 young Japanese and American gridders.

"Its amazing, just amazing," was the way Mansfield and Russell summed it all up in a press interview.

"We had no idea that American football had progressed so far here or that these Japanese kids have gotten so good.

"They played a heads up, very gutsy type of ball out there today," Russell said.

"Many of the junior high kids," Swann added, "are a whole lot better than the competition that was around when I was their age."

The trio opened the "school activities" by taking students through a series of warm-up drills.

"Those drills were completely new to a great many of those kids," Swann said, "but you could see they were really out there trying. They put on some really dedicated performances."

Mansfield emphasized the importance of a good snap from center and even had a quip ready for an inquiry about his size.

"How did I get so big? Well, actually when I was young, I wanted to grow up to be a sumo wrestler so I ate a lot.

"No, really, my father was big and I guess I just got it from him," he added. Mansfield is six-foot-three and weighs 260 pounds.

Swann demonstrated a low kick for distance and Russell got serious in the blocking and tackling department.

"Field tackling is probably one of the most difficult points of the game," the 35-year-old NFL star explained.

"The important thing is to keep your eyes open at all times and when you go in at your man, keep your gaze fixed on his belt buckle area.

"Don&#39;t bother with his arms or legs," he went on. "Your man might be doing almost anything with them but his middle isn&#39;t going to move much.

"Another thing, don&#39;t stop in the middle of your tackle drive. Once you do, its very difficult to get your momentum going again."

The lessons were followed by a pair of 15-minute Tachikawa Little League and Junior High games. Then, there was a flag football contest between a Japanese Kiddy League team and the three NFLers.

"What a workout," Mansfield said after the game.

"That was more like soccer or rugby, not our kind of football."

But the clinic was their type of game, the kind of teaching session pros like Russell, Swann and Mansfield enjoy most.

"We&#39;ve given them back in the States," Russell explained, "But this is the first time in Japan, for us; for anyone.

"I think I speak for Ray and Lynn when I say that we&#39;re deeply honored to be the first NFL players and Pittsburgh Steelers to take part in the Japan school."